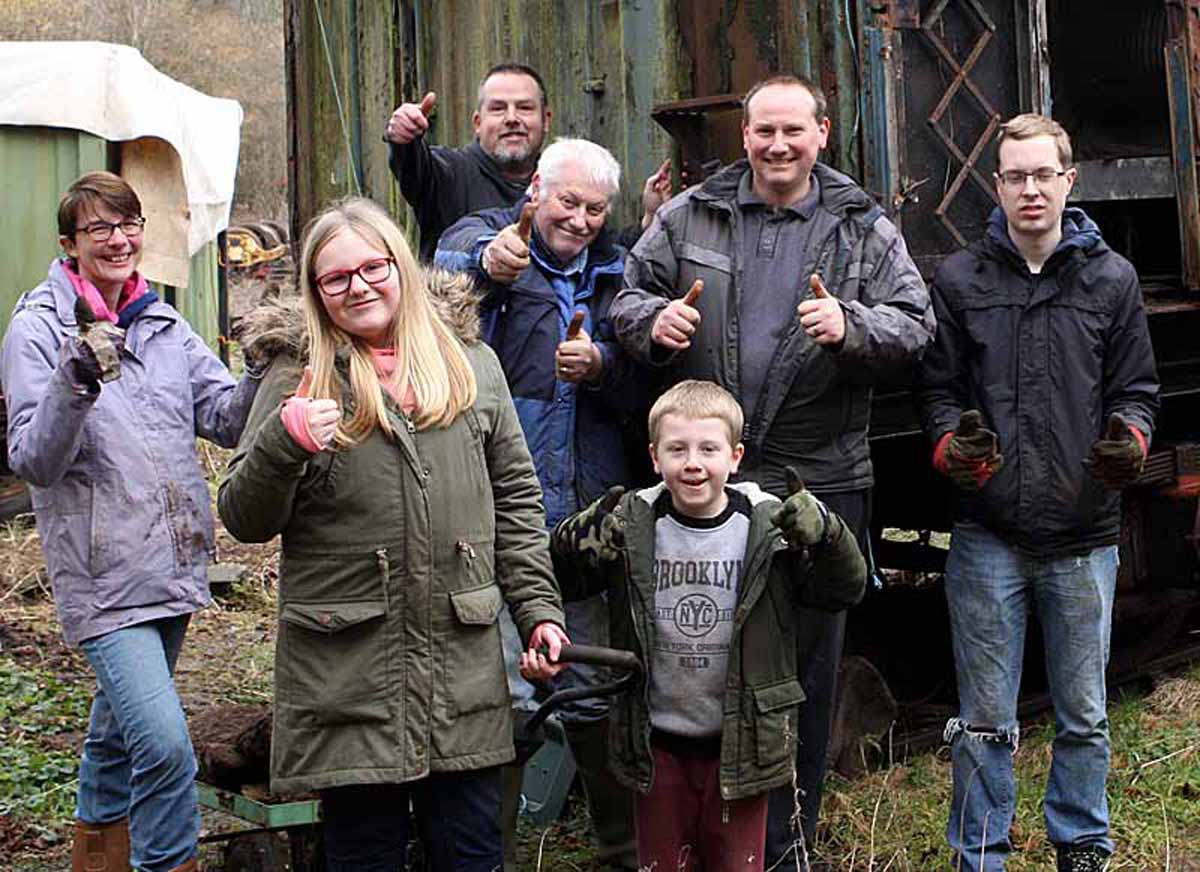 A small group of railway enthusiasts in Kent has begun a project to restore an extremely rare electric ‘double deck’ train.

The keen members took over ownership of the rust ridden former Southern Region Electric Multiple Unit (EMU) at the end of  last year, 2018.

The 4DD Double Deck EMU Supporters Group Committee headed by Mark Hickmott are aware of the huge task facing them, but undaunted, they are confident it is not an impossible task.

Mark is launching a Newsletter for the Bulleid 4DD 13003 and is eager to find more volunteers to join those already working on their secure site located between Folkestone and Ashford.

When the Hawkinge Gazette website visited the group last weekend, work clearing the area was in full swing and the train had been covered with tarpaulins to protect it from further weather damage.

Doors and windows of the carriage Photo: Ray Duff

Brother and sister volunteers, Ben (7) and Chloe Chambers (10) joined older volunteers tidying the area so work can begin in earnest.

After 22 years operating from Charing Cross, 1 October 1971 saw the end of a unique experiment in UK passenger rolling stock when the only two 4-DD double deck EMUs were withdrawn from service.

Thinking it could be a solution to increasing overcrowding on the South Eastern railway without costly platform lengthening programmes, the construction of two four-car double deck prototypes was given the green flag in 1948.

Not much luxury in the driver’s cab Photo: Ray Duff

Unfortunately they were not popular with passengers who found them cramped and claustrophobic which prompted British Rail to call a halt on the project.

Not wanting to waste valuable passenger rolling stock, the two EMUs built continued to be used for rush hour services and remained in service until 1971.

But the trains still had their fans, and later in 1971 Henry Frampton Jones set up a fund to save the 4DD.

He brought one of the trains to the South Eastern Steam Centre at Ashford which was owned by Esmond Lewis Evans.

However it was Folkestone railway enthusiast Richard Moffatt who then setup the first visit at the current site to meet the owner Esmond Lewis Evans, which led to the 4 DD Double Deck EMU Supporters Group Committee taking over the ownership of the Bulleid 4DD 13003.

The work to restore the unit began at the end of 2018.