Dozens of weapons seized during latest knife clampdown across Kent 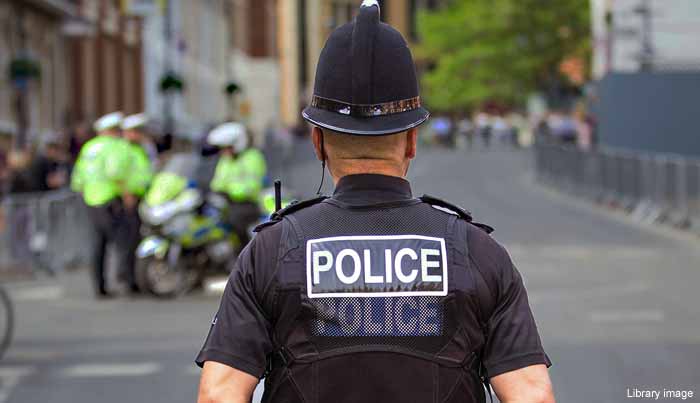 Almost 40 weapons including knives, a screwdriver and a catapult have been seized by officers across the county during the latest clampdown on knife crime.

Operation Sceptre, a national campaign to focus even greater on enforcement and raise awareness of knife crime, was supported by Kent Police and ran from Monday 9 to Sunday 15 November 2020.

Throughout the week, uniformed and plain clothed patrols in areas including Medway, Thanet and Maidstone arrested 13 people in connection with knife offences and carried out 242 stop and searches. Included in the arrests was a suspect wanted in connection with a stabbing at a supermarket car park in Strood, on 7 November. He is currently remanded by the courts into custody.

Detective Superintendent Mike Worrall said: ‘We already work relentlessly to tackle violence on our streets and by bringing police forces and our partners closer together, in a coordinated period of intensification, Operation Sceptre allows us to target even harder those who carry knives.

Much of our work is often linked to other offences such as drugs supply. Identifying and arresting criminals who travel into Kent with the sole intention of targeting and exploiting vulnerable people remains key to reducing violence and protecting our communities from harm.’

As well as proactive patrols, British Transport Police assisted with enforcement at trains stations in towns including Gravesend and Gillingham, where knife arches and sniffer dogs were used to target habitual weapon carriers and drugs. Preventative measures during the week included knife sweeps in public areas, such as in Shepway and Brenchley Gardens in Maidstone, and the distribution of knife wands to bars and pubs in Ashford.

In Canterbury, officers from the Community Safety Unit presented emergency trauma packs to staff at Whitefriars shopping centre, Canterbury Bus Station and McDonald’s restaurant. The packs, which contain medical equipment, can be used by emergency services and others in the event of someone being seriously injured in the city.

Shops across the county, including hardware stores and supermarkets, were visited by officers and reminded of legislation and guidance around the selling of knives. Businesses were encouraged to display warnings and posters detailing age restrictions and safety advice.

The Operation Sceptre campaign was also supported by Fearless, a service provided by Crimestoppers and which is aimed at young people and their families. A Fearless advertisement van was used at several locations throughout Kent to display images and help convey messages to anyone affected or worried about knife crime.

Det Supt Worrall added: ‘The advertisement van offers us yet another way of raising awareness around knife crime and helps to engage with both young people and parents. ‘We must ensure that young people know that carrying a knife, even if they have no intention of using it, is a crime. By carrying a weapon you also significantly increase the likelihood of suffering a serious injury or facing a criminal record and prison.’