Is Leeds Castle in Kent home to the oldest living Swan in the UK? 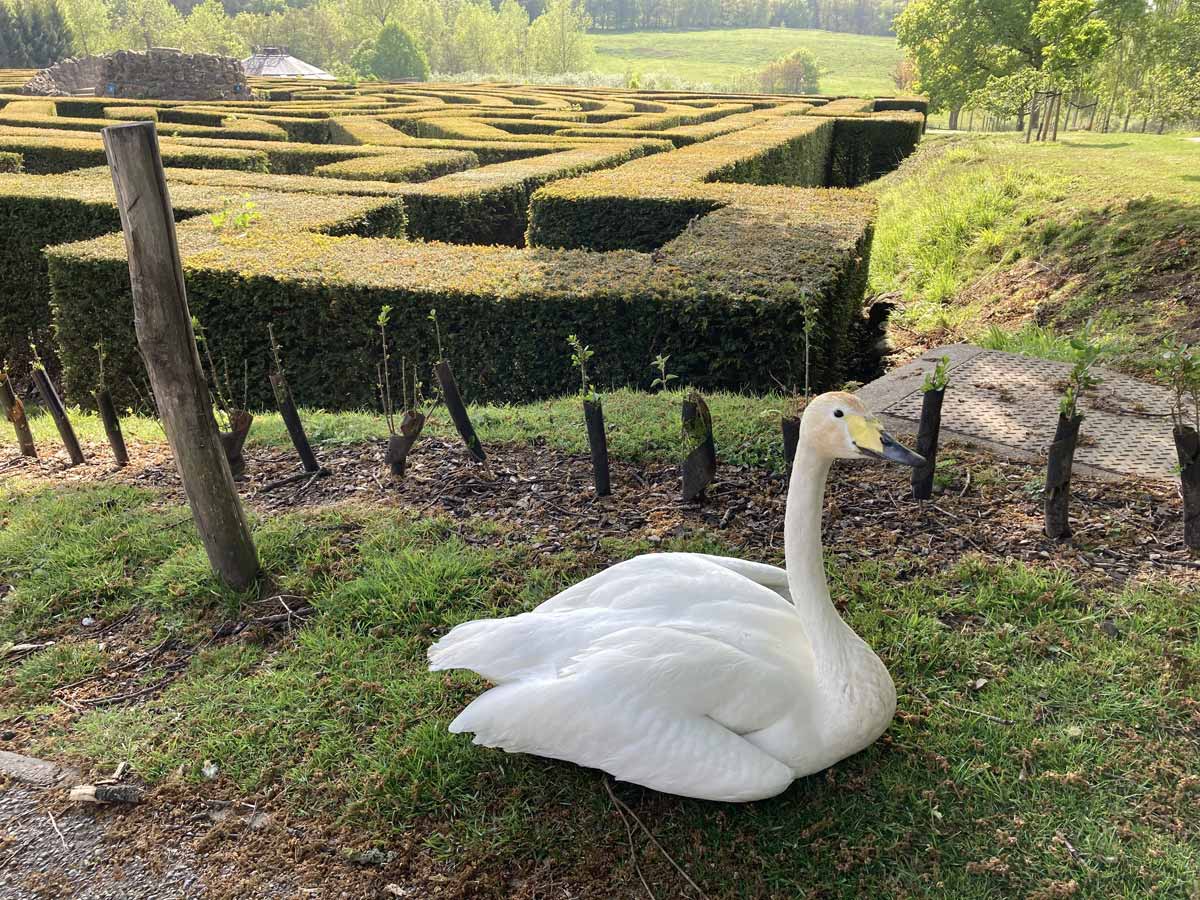 The beautiful ‘Great Water’ located at Leeds Castle in Kent is home to a huge variety of bird life. The estate is probably most famous for the Black Swans which proudly sit within the Castle’s logo, but what many visitors do not know is that there are three other species of swan that live with the grounds too, the Mute Swan, the Trumpeter Swan and the Whooper Swan.

There are nineteen captive bred swans that call Leeds Castle home, but none more famous than ‘Pickles’ the Whooper Swan (pictured above), who is the noisiest and oldest resident! Whooper Swans are a large white, northern hemispheric bird. They’re known to be quite vocal and differ from the other swan species by having a large, vibrant yellow bill. A typical lifespan is normally around 10 years in the wild, but can live into their late 20s in captivity. Pickles who turned 29-years-old this year, could therefore be one of the oldest living swans in the UK, if not the oldest!

Pickles came to Leeds Castle back in 2013 at the ripe age of 22! When he arrived there was little known about him other than he had hatched sometime in early June 1991, no exact date had been given which meant Pickles didn’t have a birthday! The Falconry & Wildlife Team decided to assign him a day, 3rd June is now known as ‘Pickles Day’.

Pickles Day is celebrated every year by the staff, often there’s a chorus of Happy Birthday shouted or sang to Pickles from the bank of the Great Water and even a decorated van in his honour!

Being an older swan, he is treated slightly differently, he’s not a big fan of eating with all the other swans, he much prefers his own bucket of food on the bank, next to a bucket of water to wash it down with. Perhaps he’s a little spoilt, but being the oldest swan, he certainly needs a bit more care and attention.

Each year the Leeds Castle staff perform their swan checks, the annual check takes places at the beginning of October to ensure the swans are prepared for the winter ahead. During the check each swan is weighed, their feet are checked for abrasions or injuries, the eyes and beak are checked as well. Notes are taken throughout the swan check to keep records of how the swans are progressing, this enables a comparison from the previous year to make sure each swan is healthy and ok.

When you’re next visiting Leeds Castle look out for Pickles, he’s easily spotted with his loud honking call and his comical run towards his favourite member of staff, Hannah, who he seems to have taken a special liking to from the first day he arrived. He can often be seen having cuddles with her throughout the day.