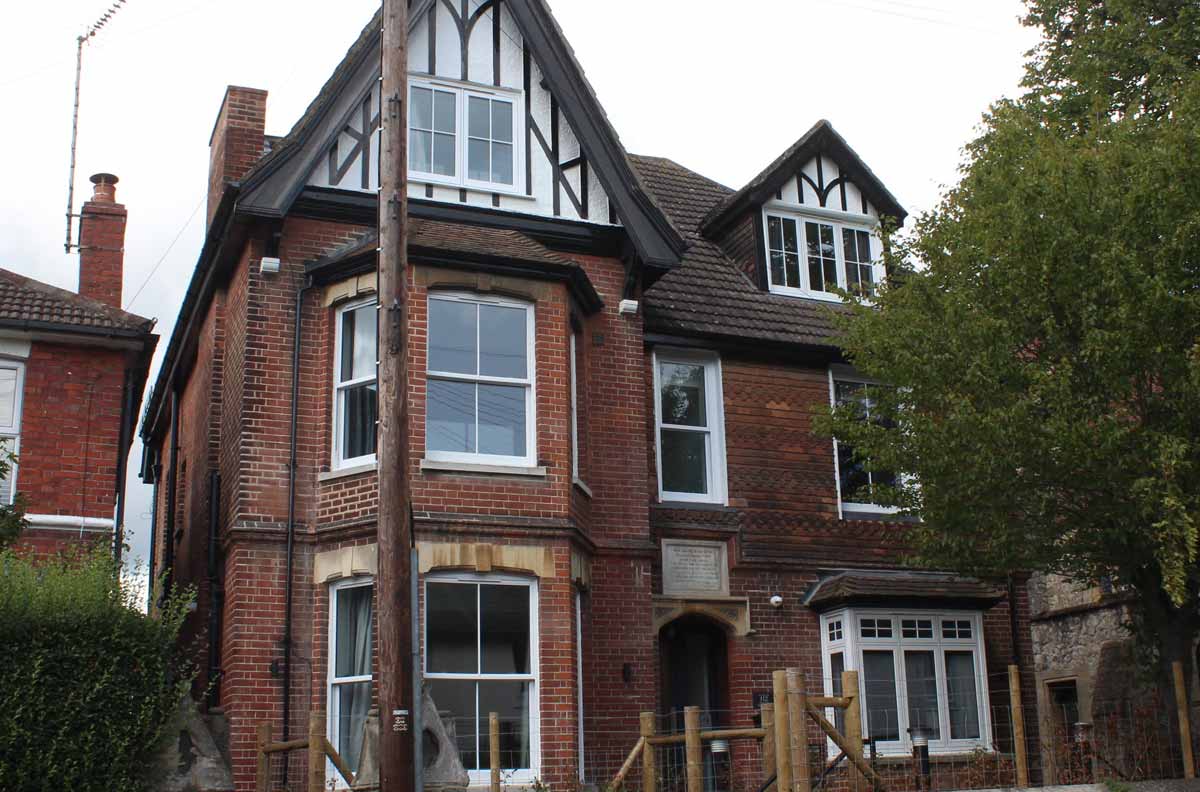 An innovative project that’s set to benefit homeless households and save local taxpayers money has opened in Ashford.

Ashford Borough Council bought the large disused home in Beaver Road for £430,000 and has invested around £500,000 to convert it into eight homes, capable of accommodating up to 25 people. An extensive refurbishment programme has been completed, adding facilities like a communal kitchen, dining room and laundry room.

Christchurch Lodge, as the building has been renamed, follows the same blueprint adopted by the council when it created Christchurch House, a rundown property bought at auction for £278,000 in 2013. It was transformed into good quality short-stay accommodation and was so successful that the money saved on placing homeless people in costly B&Bs meant that Christchurch House paid for itself in four years.

Cllr Bill Barrett, portfolio holder for housing, said tackling homelessness was a huge priority for the authority. He said both the prevention of homelessness and using the council’s own stock to house homeless people, rather than using costly B&Bs, made financial sense.

“Following the blueprint of Christchurch House is a win-win strategy. For six years it has offered households a better solution than the upheaval of living out of a B&B. It is also good news that the council has saved considerable sums of money it would have had to pay in B&B costs. We are proud of the proactive approach we take to delivering new housing projects.”

Kent-based Jenner Contractors carried out the Christchurch Lodge conversion in what turned out to be a testing project due to the pandemic. Work recommenced in May 2020 after a month-long halt and contractors adopted new working practises to allow for social distancing guidelines on site.

A feature of the project has been the commitment to using high-quality products and materials to ensure maximum build quality, environmental sustainability and energy efficiency. This has resulted in securing an Energy Performance Certificate with a Band B rating – up from an estimated Band E rating prior to the refurbishment.

This is a significant achievement in building energy performance, made all the more remarkable given the physical limitations of an existing 19th Century building compared to a blank canvas design of a new-build scheme.