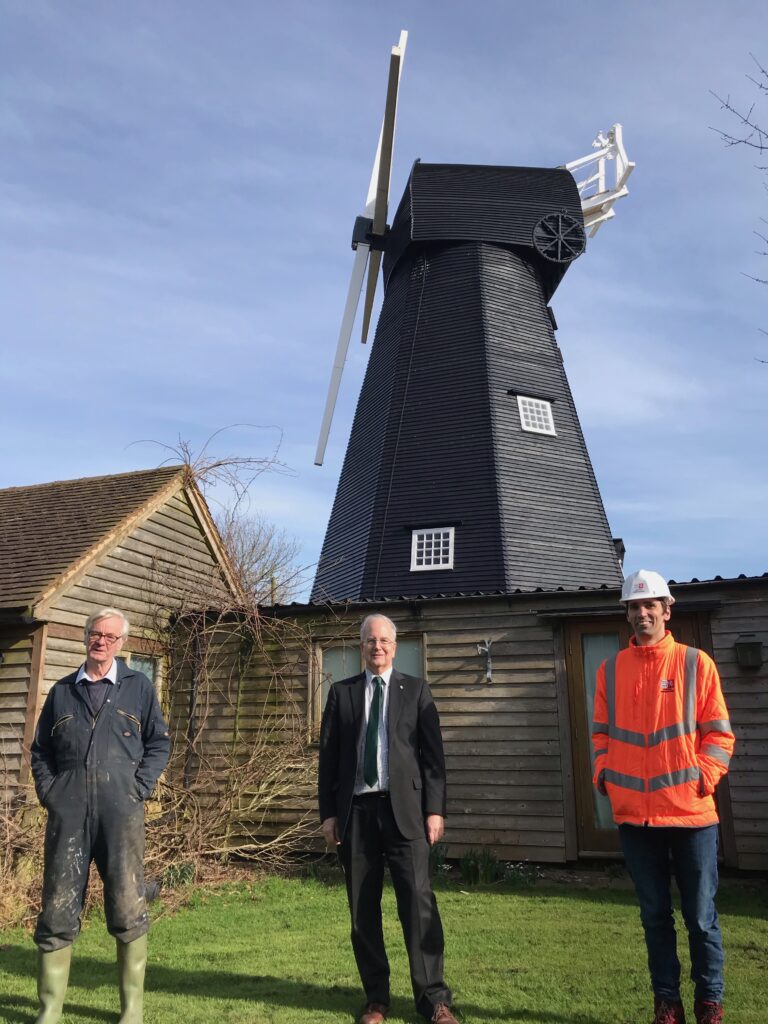 West Kingsdown Windmill is one of eight historic windmills in the care of Kent County Council. It is an octagonal ‘smock’ mill, the most popular design of windmill to be built in the county.

A timber-framed building with four floors standing on a square brick base, the mill has several unusual features including a unique seven-bladed fantail.

The windmill was constructed the start of the nineteenth century and originally stood a mile further to the north, near Chimham’s Farm.

It was dismantled and moved to its present site on Pells Lane in 1880 by the Norton family, and re-erected close to an existing post windmill.

The old mill burned down in May 1909 when a stray spark from a steam-powered road roller ignited some straw nearby.

The smock mill’s working life ended in 1929 and it was conveyed to KCC in 1958 by the Heaton family, who still live on the site.

Michael Payne, Cabinet Member for Highways and Transport, who has responsibility for KCC windmills said: “I am delighted that this wonderful example of an early Kent Smock Mill has been able to be preserved for another generation.

“The workmanship is to be applauded as not only has a new skin of weatherboarding been expertly installed, with other rotten timbers replaced, but also architectural features of this Grade II Listed Building have been saved. West Kingsdown windmill once again rightly deserves its place on the map.”

Phase 1 of the restoration, which has involved essential weatherproofing repairs to the smock tower and cap roof, was completed in August 2020 by local contractors IAC Ltd.