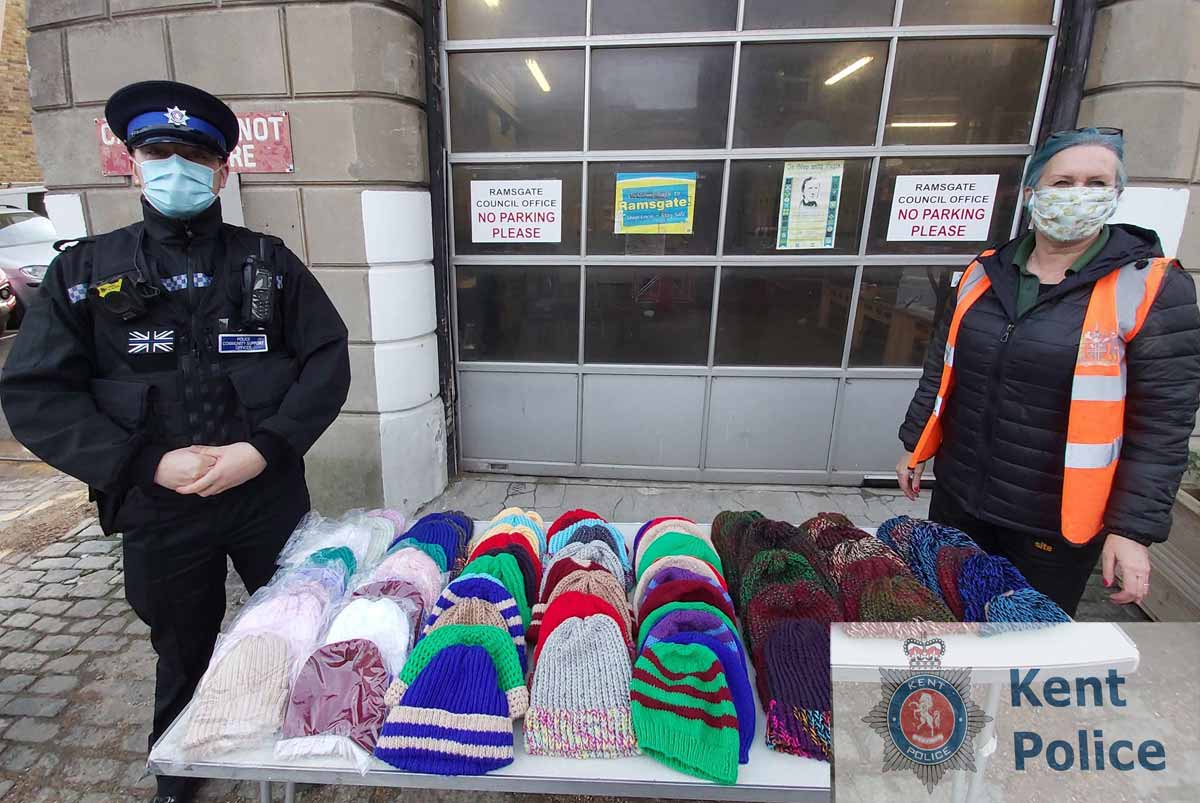 A Kent Police Community Support Officer’s idea to call on the kind-hearted knitters of Thanet during lockdown has resulted in a boost for the district’s rough sleepers.

Although PCSO Brandon Greenleaf has only been working within the Thanet Community Safety Unit for a few months, he has already launched a project called Hats for the Homeless, which encourages knitters to pick up their needles and yarn to benefit others.

PCSO Greenleaf said: ‘During one shift, I thought it was so cold outside as I walked through the streets I cover and, having seen the homeless people, I thought it must be so difficult for them.

‘I also thought it would be nice to involve residents who could benefit from the activity of knitting or making hats as, during lockdown, it has been a struggle for those who are alone or unable to see loved ones.’

His responsibilities normally see PCSO Greenleaf walking out on the beat in Ramsgate, so with help from Ramsgate Town Council’s Maxine Morgan, he was put in contact with people from across Thanet who were willing to get knitting in aid of a good cause.

‘They have been brilliant, I thought if we could get 25 hats, that would be a nice amount to donate, but within two weeks I was given 70 hats, which is amazing.’

The hats have now been donated to Thanet RISE, a multi-agency team who work with those who are rough sleeping and in need of support.