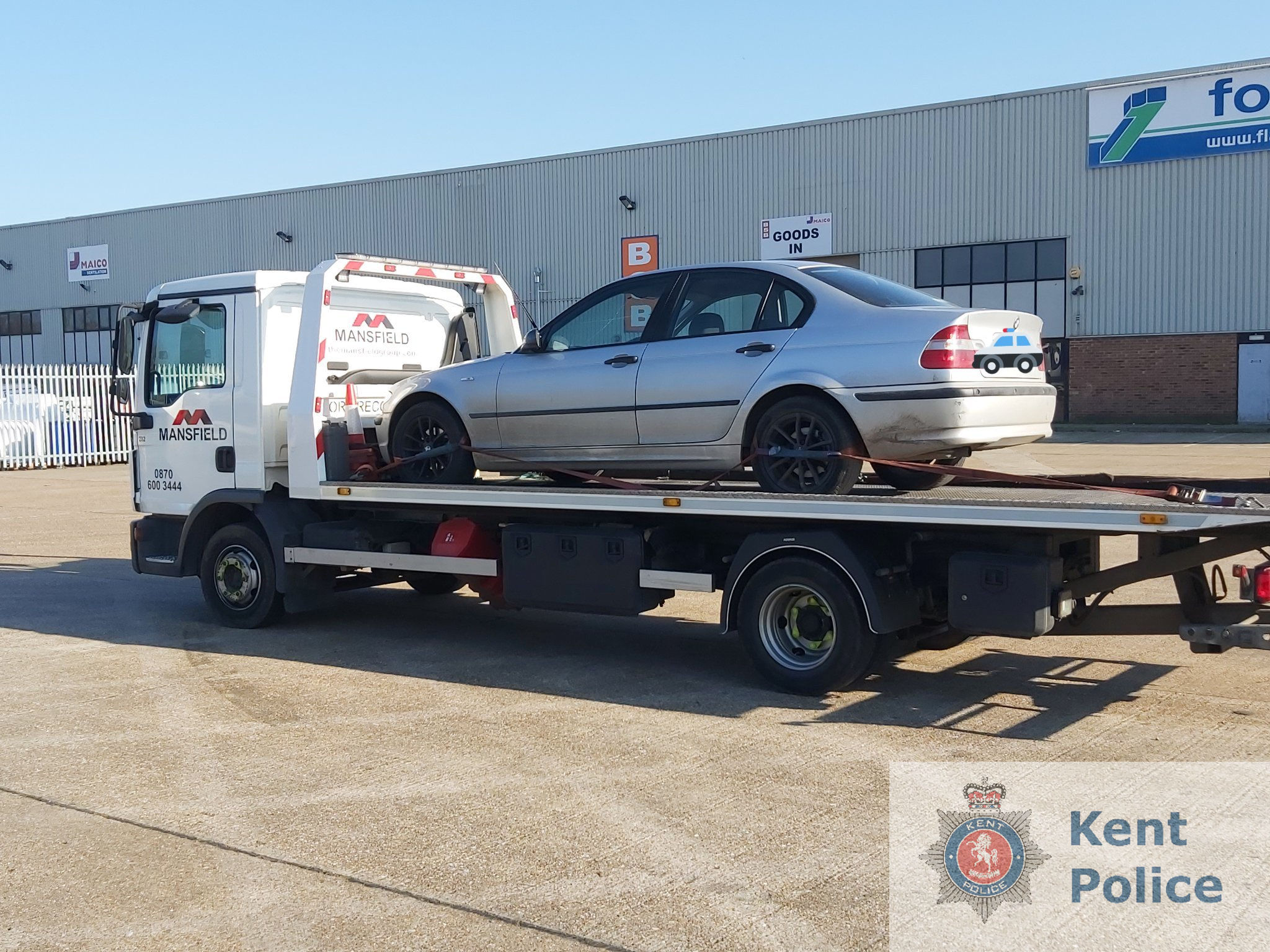 Car being seized during the operation

A total of 22 people were stopped and reported for not wearing a seatbelt, one for using a mobile phone at the wheel, one for not having any car insurance, which resulted in the vehicle being seized.

Another person was given a traffic offence report for driving a vehicle in an unsafe condition.

The road safety initiative on Saturday 27 February 2021  saw a total of three Special Inspectors, three Special Sergeants and seven Special Constables deal with issues including drivers not wearing seatbelts, speeding and lack of insurance in a targeted operation in the Mill Way area.

Officers were joined by representatives from Swale Borough Council’s Environmental Enforcement Team who dealt with environmental offences including fly-tipping where one person was fined £400 for depositing controlled waste on the Isle of Sheppey.

Special Chief Inspector Alan Watson said: ‘Operations like this play an important part in targeting motorists who choose to ignore the law and put lives at risk. Using a mobile phone whilst driving is simply reckless because it only takes a second to be distracted and cause a potentially fatal accident. Such a mistake could change your life forever.

‘Although the vast majority of people in Kent do drive responsibly there is still a small minority who don’t. This is unacceptable and we will continue to carry out enforcement activity within our communities to keep our roads as safe as possible.

‘Special Constables are unpaid volunteers, many of whom have full time jobs and give up some of their spare time to assist with important and varied work such as this. I would encourage anyone thinking about joining to get in touch. Visit www.kent.police.uk for more information.’