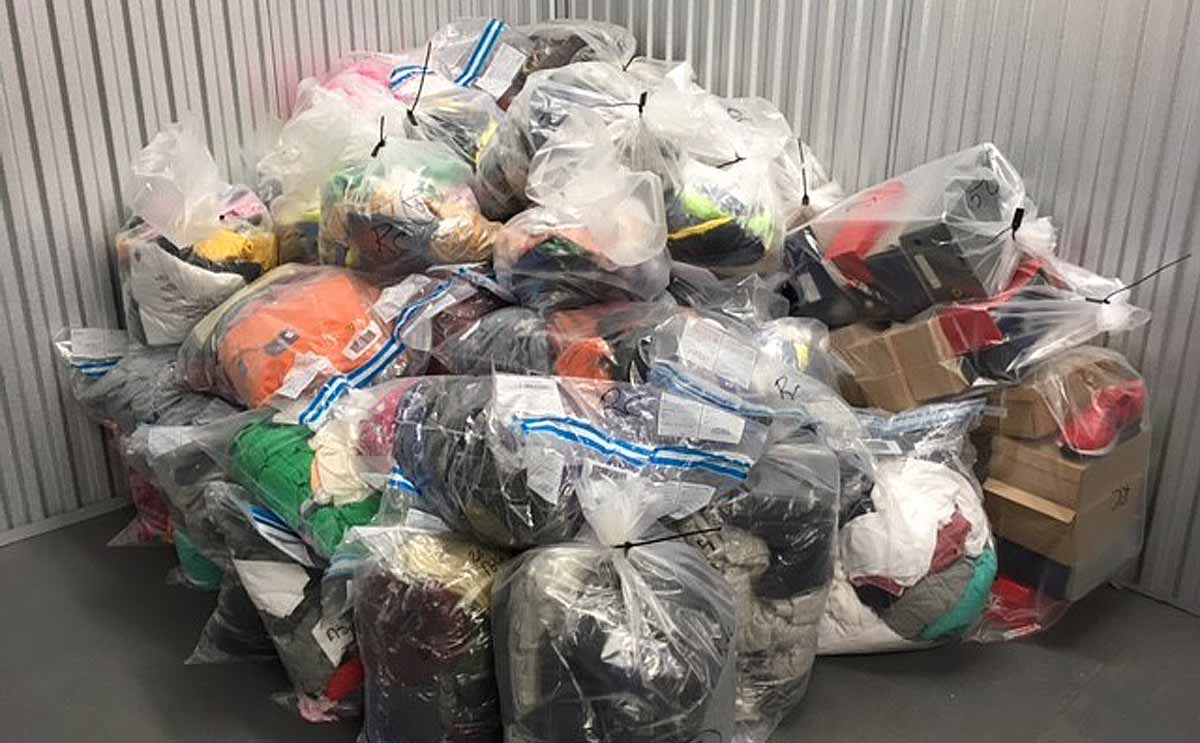 Two men previously convicted of selling counterfeit clothing have been ordered to pay back a total of £136,476 of their illegal gains.

Confiscation proceedings were brought at Maidstone Crown Court by KCC Trading Standards team, under the Proceeds of Crime Act, following successful prosecutions in 2019.

The defendents from Luton, Bedfordshire and Leicester, must now pay £79,476 and £57,000 respectively within the next three months or face a possible default sentence of imprisonment.

In April 2017, officers conducted a covert visit to a large stall operated by the defendants who were selling branded clothing, trainers, belts, handbags and sunglasses. An officer purchased a pair of trainers branded with the Nike logo for £25, and these were later confirmed as counterfeit.

On 9 July 2017, a number of Trading Standards officers, Kent Police and representatives of the Anti-Counterfeiting Group targeted the defendants seizing 1,276 items. On this occasion there was a long table promoting the sale of trainers and other clothing. In addition, there were two full clothes rails and at one end of the table were sunglasses and hats.

Clive Phillips, KCC’s Trading Standards Operations Manager for Complex Investigations, said: “The sale of counterfeit goods undermines legitimate businesses and puts money into the pockets of organised criminal groups. Where KCC Trading Standards prosecute offenders, we will conduct financial investigations to recoup income that cannot be determined to be from legitimate sources.”

Mike Hill, KCC’s Cabinet Member for Community and Regulatory Services, said: “This is a positive conclusion to the court proceedings. It shows that, not only will those selling counterfeit goods face prosecution but, under the Proceeds of Crime Act, they will not be allowed to profit financially from their illegal activities.”