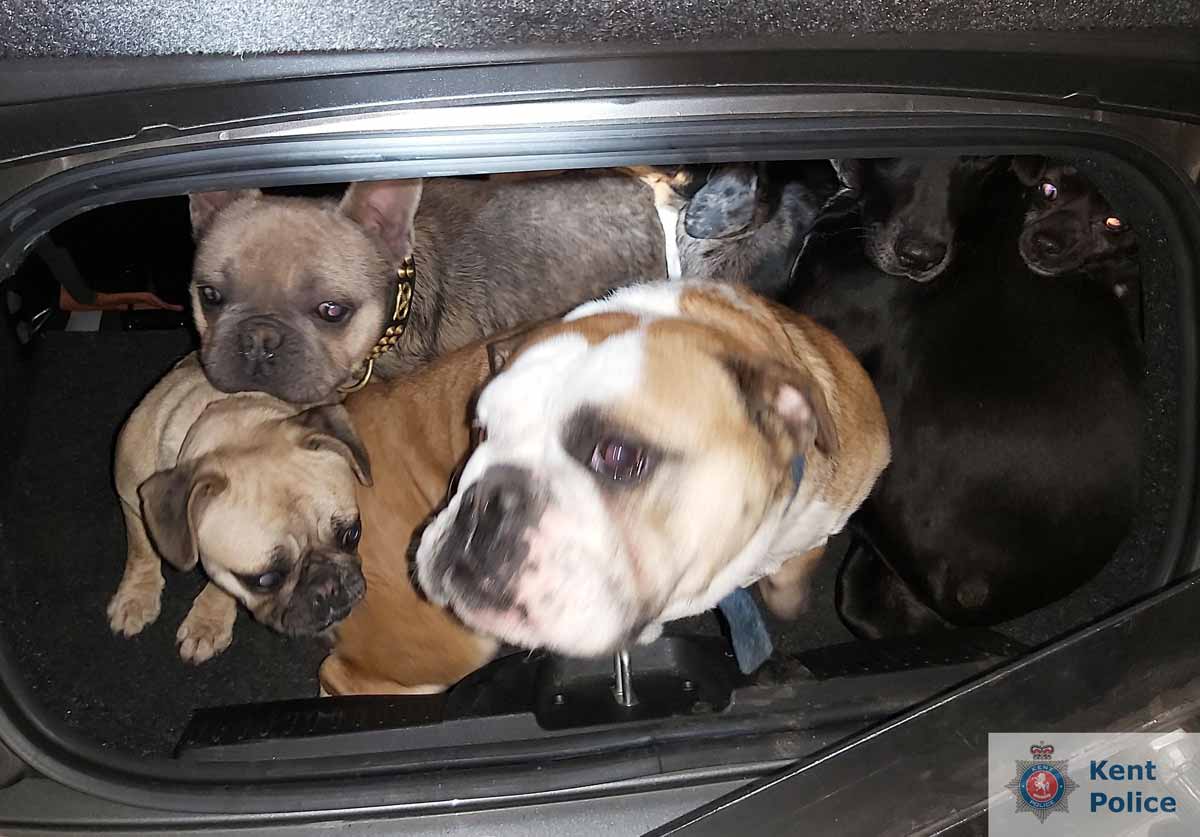 Six dogs reported stolen from a Staplehurst home were safely located by Kent Police officers within 20 minutes of a report being received.

At around 8.35pm on Tuesday 9 March 2021, Kent Police was informed that a burglary was taking place in the Marden Road area.

Officers from the Maidstone Community Policing Team dispatched to the scene and quickly found six adult dogs in an unattended vehicle (Photo: top of page). The dogs were mainly a mixture of bulldog breeds and had not come to any harm.

It has since been established that they had been stolen from a nearby home and have been returned to their owner.

The vehicle they were found in has also been seized and is suspected to have been stolen from the London area.

A search to identify suspects, with assistance provide by a Kent Police dog, took place but at present no arrests have been made.

Inspector Stephen Kent, from the Maidstone Community Safety Unit, said: ‘Returning the dogs to the victim in such short time is exceptionally pleasing and a testament to the professionalism of our officers.

‘Incidents like this are very rare but, as the result of this job shows, dog owners can be assured that we do take reports seriously and have the resources and expertise to achieve positive results.’

Enquiries to establish the full circumstances are ongoing and anyone with information is asked to contact Kent Police on 01622 604100 quoting 46/38652/21.

You can also call the independent charity Crimestoppers anonymously on 0800 555111 or complete an online form at www.crimestoppers-uk.org