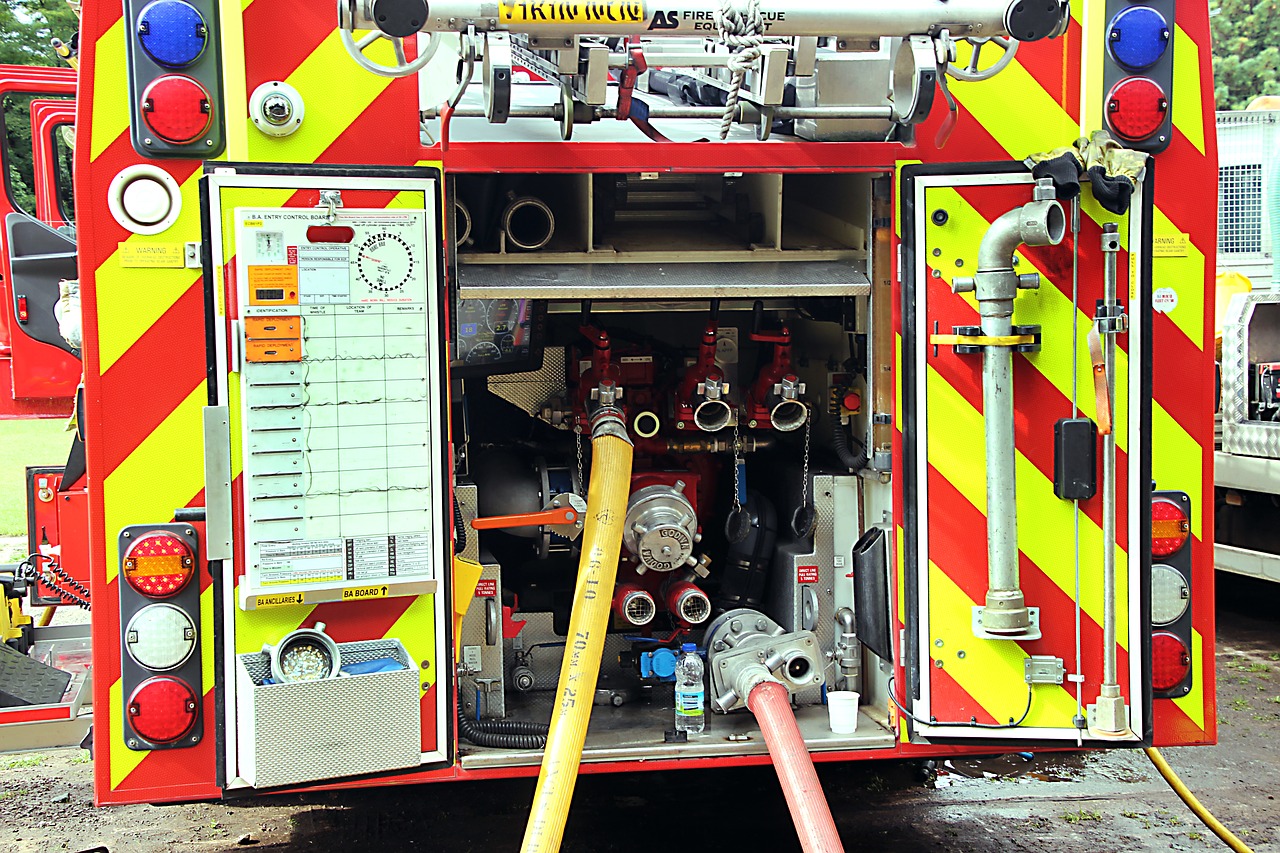 Mother-of-two daughters, Florence from Wye near Ashford says: “ I really want them to know they can do whatever they want to do in this world. Whether that’s being a firefighter, or being a princess, or both – because I like to think I can do both as well.”

Five-year-old Raven hasn’t quite decided what she wants to be when she grows up, but one option is to follow in the footsteps of her mum, Florence Coetzer, who is an on-call firefighter for Kent Fire and Rescue Service (KFRS).

Having grown up in Wye, Florence was aware there’s an on-call fire station in the village, but she was only inspired to join the crew when her family needed to dial 999.

She said: “We had an incident at our home when I was about 10-years-old, and we had to call the fire service because our chimney was on fire. I got the live action right in our living room, which was very exciting and really inspiring.”

Florence always hoped to join her local station one day, but moved to London with her husband, before moving back to her hometown to start a family in recent years.

It was while pushing Raven in a pram along the high street one day, that she saw a member of the Wye crew, who knew she had been keen to join previously and encouraged her to apply.

Since then, Florence has become a valued crew member and provides evening cover for Wye fire station.

As with all on-call firefighters at KFRS, Florence lives within five minutes of the station (or you can work five minutes away if you’re able to respond from your workplace), and has to carry a pager that alerts her when she is needed.

She said: “When my pager goes off, there is a feeling of anticipation. You don’t want anything bad to be happening to anybody, you don’t want there to be incidents, but then it’s also a really good feeling to think, we’re going to get to them really fast and help them at maybe the worst time of their life and hopefully make it a bit better.

“The fact I am actually able to wear this uniform and be part of a team, is something I’m really proud of.”

In the last two years, Florence and her husband have also welcomed their second daughter, Harlequinn.

“Both girls love the fire engine, and we’ve been to Raven’s school fair a few times to do demonstrations – she thinks that’s really cool. She tells people ‘my mummy’s a firefighter’ and that makes me feel really good. I’m really glad this role makes me a really good role model for them.”

When the mum-of-two isn’t on-call or doing the school run, she commutes by train to London, where she is a senior personal assistant.

She said: “My day job is completely different from working for the fire service. It’s in an office, at a desk and it’s administrative.

“I do have times when I stop and think, not long ago I was at an incident in full PPE (personal protective equipment) and now I’m in my suit, on the train platform, going to my other job. It’s a world away but it’s nice to have the variety.”

Florence is now hoping to inspire others to consider being an on-call firefighter, including parents who work full-time.

She said: “I talk about being an on-call firefighter with my mum friends, or with parents at the school gate, because I want to try to advertise it as much as possible.

“I think if I hadn’t had the encouragement from the existing crew at Wye fire station, I wouldn’t have made the leap. And, I certainly couldn’t do this without the endless support of my husband and family.

On-call firefighters are expected to undertake and attend training at least once per week, and be available for at least 50 hours a week. They receive an annual wage to reflect the time they commit to being available, plus additional payments for certain activities.

There are on-call vacancies available right now at various stations across the county.