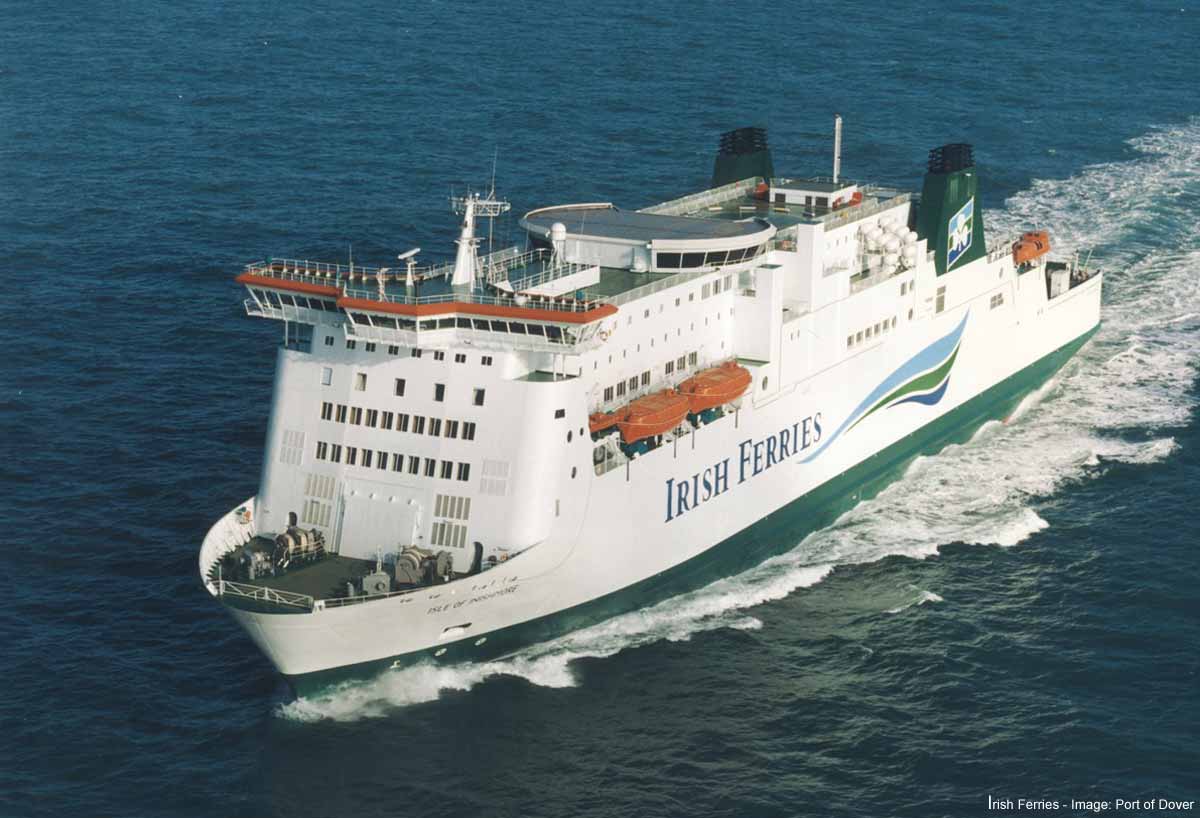 Irish Ferries, a subsidiary of Irish Continental Group plc (ICG), is preparing to launch a new service on the Dover – Calais route.

It’s planned to start in June 2021, with the transfer of the Isle of Inishmore to the route. ( pictured top of page)

Irish Ferries is the market leader for freight and passengers between Britain and the Republic of Ireland.

Hauliers will now have one operator providing an inclusive service on the Dublin – Holyhead, Rosslare – Pembroke and Dover – Calais routes which will allow exporters and importers easier, cheaper, and quicker access to our European markets via the Common Transit Convention.

The initial level of passenger services offered will be dependent on the easing of Covid-19 travel restrictions.

Doug Bannister, Chief Executive, Port of Dover, said: “This announcement gives the millions of customers across the UK and the Republic of Ireland who value the intrinsic benefits of the shortest sea crossing to Europe, the prospect of even more choice. We believe the inclusive landbridge product will be popular with Irish exporters and will strengthen the just in time supply chain into the European Union.

“This is a clear signal of market confidence in the Dover route and will complement the resilient services currently provided. We wish Irish Ferries every success and look forward to having them on the route in the summer and working together as part of the Dover team building the future success of the Short Straits.”

Jean-Marc Puissesseau, Chairman, Port of Calais, said: “The commencement of the service operated by Irish Ferries emphasises the strategic position of the port of Calais in the trade between Ireland, the United Kingdom and the continent. It is a clear sign of confidence just a few weeks before the opening of the new port of Calais.”