Celebrating Shakespeare Day – our most renowned playwright, actor and poet 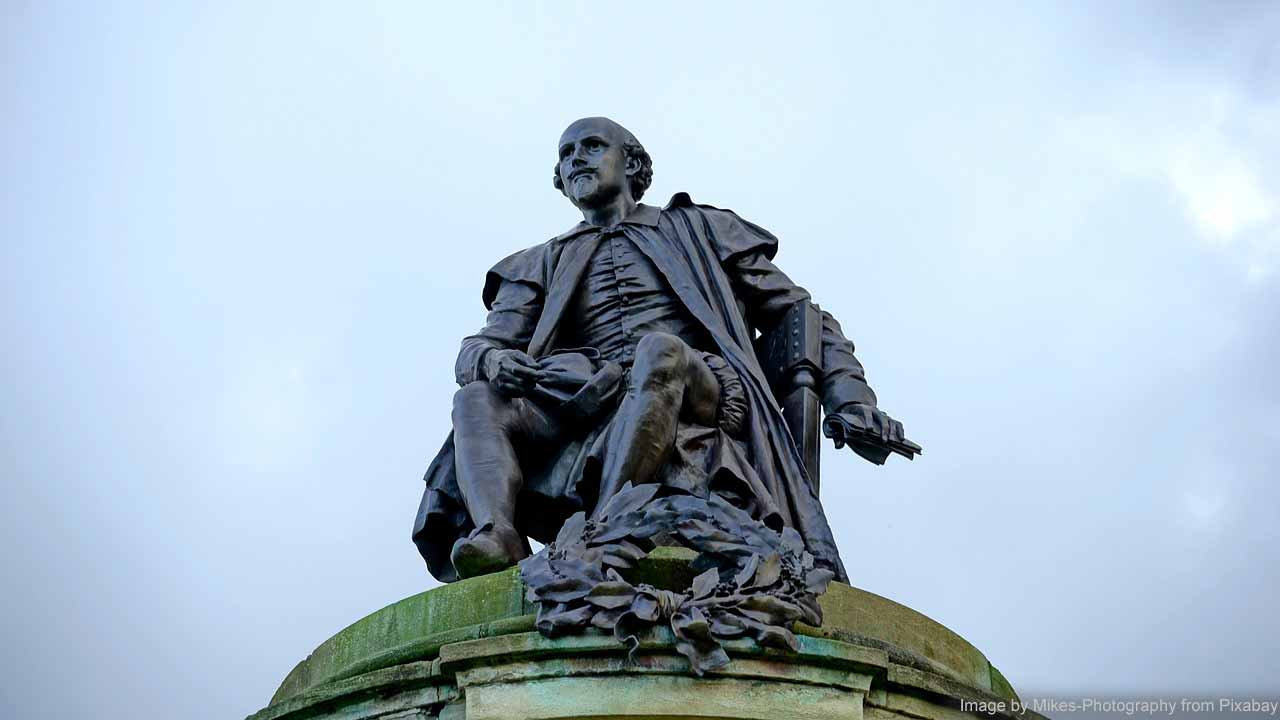 It’s Shakespeare Day, 23 April and time to celebrate the life and work of our most renowned playwright, actor and poet.

Former primary school teacher Laura Steele of education resource experts PlanBee has the lowdown on his life and work and tests your knowledge with a great quiz.

Many people consider Shakespeare to be the greatest writer of the English language. His work is studied in schools and universities, and his plays are still performed in theatres across the world – many of them have been made into television programs or films.

Date of birth a mystery

His exact birth date is not known, but is believed to be 23rd April, 1564. He was born in Stratford-upon-Avon to parents John Shakespeare, a well-to-do leather worker, and Mary Arden, a wealthy heiress. William was the third of eight children. Little is known about his childhood, but it is thought that he received a good education.

When he was just 18, William married Anne Hathaway. She was eight years older than him. They had three children together: a daughter called Susanna, and twins named Hamnet and Judith. After the birth of the twins, there are no further records of Shakespeare’s life or movements for many years – historians call them the ‘lost years’.

Who were the Lord Chamberlain’s Men?

In 1592, records show that Shakespeare was working for an acting company in London called Lord Chamberlain’s Men. The members worked together to create and perform plays. Shakespeare both wrote and acted for the company – some of his early plays include ‘The Taming of the Shrew’, ‘Romeo and Juliet’, and ‘A Midsummer Night’s Dream’.

Lord Chamberlain’s Men performed their plays in a theatre that was on land owned by a man called Giles Allen. Unfortunately, Allen wanted to clear the land and intended on tearing down the theatre, despite the protests of the acting company. One night, some of the members dismantled the theatre and moved it across the River Thames to a different location! They rebuilt it, and called it the Globe Theatre. It opened in 1599. The new theatre could seat up to 3,000 spectators, had musicians to create special sound effects, and there was even a cannon which fired blanks!

Altogether, Shakespeare wrote 37 plays. They can be grouped into three main genres: histories, tragedies and comedies. Many people think that he wrote some of his best plays in his later years; for example, the tragedies of ‘Othello’, ‘Hamlet’, ‘King Lear’ and ‘Macbeth’. All 154 of Shakespeare’s sonnets were published together in a book in 1609.

When did Shakespeare die?

Due to the success of his plays, Shakespeare became a wealthy man. Some time after 1611, he left London and retired to his house and family home, New Place, in Stratford-upon-Avon. Like his birth date, the exact date of his death is unknown, but it is thought that he died on 23 April 1616 – his 52nd birthday.

Shakespeare’s works provide the first recorded use of over 1,700 words in the English language, and he is credited with inventing many of these himself, by combining words, changing nouns into verbs, or adding prefixes or suffixes. Here are just some of the words that he is thought to have introduced or invented:

Do you know your Shakespeare quotes?

Scroll down for the answers:

If you want another FREE Shakespeare quiz and Shakespeare word search, click on the links below.