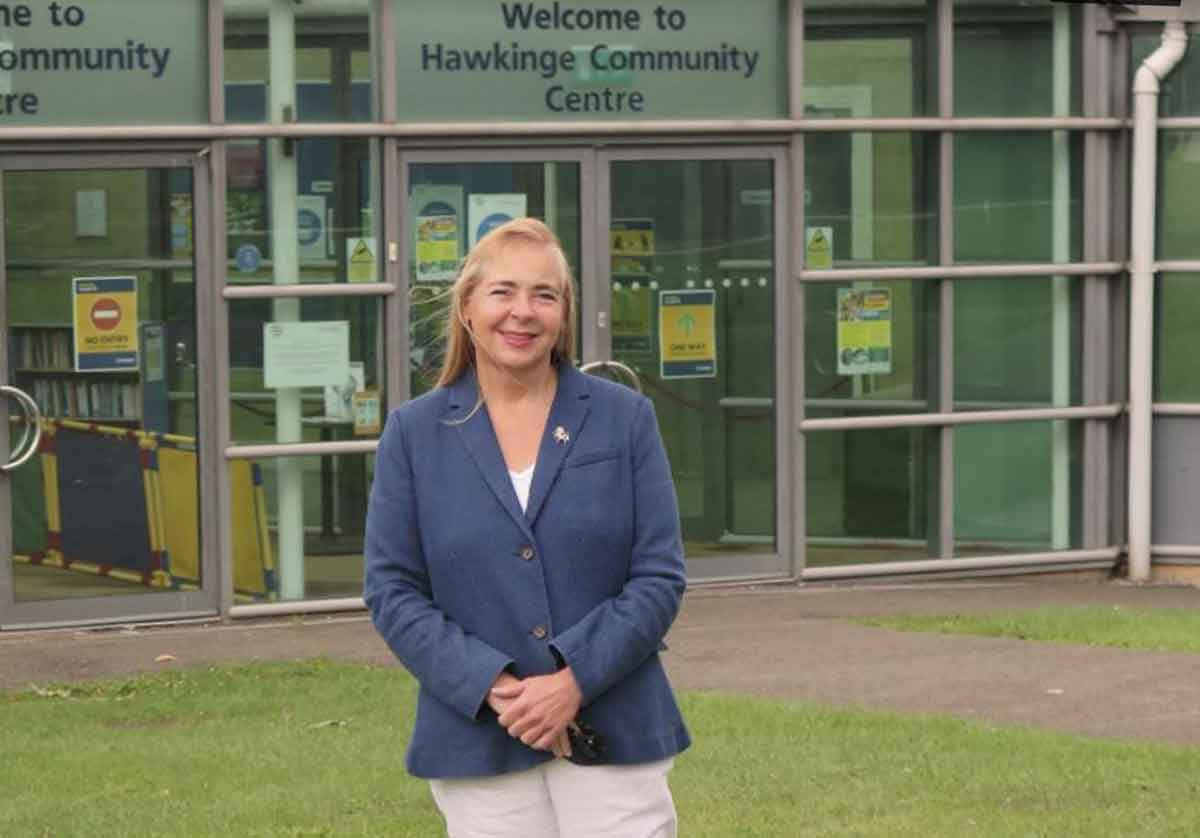 It’s been a remarkable year and I want to start by paying tribute to the local community here in Hawkinge, to the way people respected the lockdowns, helped their neighbours and even managed to continue solo litterpicking when our joint efforts had to be suspended.

Well done as well to organisations like Hawkinge Town Council for moving online for meetings and for continuing services. This has also been the case at Kent County Council where almost overnight we moved from having an average of 400 staff working from home to over 6,000 and all 81 County Councillors have been meeting online since April 2020.

KCC faced three major challenges in the last year any one of which would be difficult at the best of times. The first was the pandemic where we had to adapt as many services as possible to be able to continue to deliver them. You’ll all remember the early challenges in sourcing PPE (Personal Protective Equipment). KCC procured 4.4 million items of PPE for our own staff and others in Kent providing care.

We set up a temporary mortuary to provide additional capacity to Kent’s hospitals. Our coroners’ service had a much increased workload and our registrars dealt with a 26% increase in death registrations.

The Government provided funding to support businesses, organisations and residents. £373 million of Government funding has been paid to businesses in Kent via the district councils. In addition to this, KCC worked with the Chamber of Commerce to fund a helpline for businesses and provided £3 million in interest free loans. We at KCC decided to pass most of the Government funding for community support we received to the district councils.

My district council colleague, Cllr Jenny Hollingsbee deserves considerable credit for the success of the three community hubs that were set up at the Three Hills Sports Park in Folkestone (which supported Hawkinge), Age UK in Hythe and the Romney Marsh Day Centre. They proved a real lifeline to those shielding and were a great example of partnership working between local government, the voluntary sector and volunteers.

KCC set up Kent Together a 24/7 service available by phone or online where people could ask for help for themselves or for someone they were concerned about.

We also set up, with help from the Military, a network of symptom free testing centres for Covid (the Hawkinge Community Centre being one of these). They’ve now carried out over half a million tests. We are also working with care homes on infection control measures and providing Government grants to help the care sector cope with the extra costs they face.

The second crisis we faced was last August when the number of Unaccompanied Asylum Seeking Children arriving in Kent became more than we could safely accept. This has been a longstanding problem and Kent taxpayers have had to meet a disproportionate share of the costs of dealing with UASCs because, unlike adults or families who arrive seeking asylum, they are not dispersed around the country. We resumed accepting UASC in December with a better funding package from the Government but no resolution of the issue of dispersal.

The third major challenge we faced was the end of the transition arrangements for our exit of the EU. KCC played a major role in the preparations for the much predicted traffic chaos but when the crisis came it was not delays from customs issues but a complete closure of the border with France on 20 December and the subsequent re-opening on 23 December with a requirement for HGV drivers to be tested for Covid. (This requirement was withdrawn on 24 March with a similar lack of notice.) The transition plans were adapted, testing centres set up and welfare measures put in place for those trapped by the closure.

Another longstanding problem for Kent has been the damage and disturbance caused by illegally parked HGVs. KCC has long lobbied for powers to clamp HGVs and, to help deal with EU transition, the Government has finally granted us these. Since January 2021 KCC has been employing specialist contractors to deal with this nuisance parking. So far 2,187 HGVs have been clamped (over 80% are foreign registered vehicles).

There’s much more I could add but I’ll finish with the KCC Member Grants I’ve allocated in Hawkinge in the last year.

The largest amount was £3,000 for the Hawkinge Town Council project to protect the green space next to Kettle Drive and I’m delighted to see this is now in place.

£300 to Hawkinge Allotment Society to upgrade their grounds and footpaths. £589.38 for two trees. One to replace the tree that died which commemorates Paige Brown. The other to commemorate John Heasman (pictured below). Both have been planted on Canterbury Road.

Thanks as well to the Hawkinge Town Councillors, to Tina Wiles and Sam Wills, to those who work at the Hawkinge Community Centre, the many volunteers who take part in the litterpicking that keep the town looking its best and to all those who contribute to our community through the Hawkinge Gazette, our local schools, churches, voluntary groups, shops and businesses.

Together we make a great community.