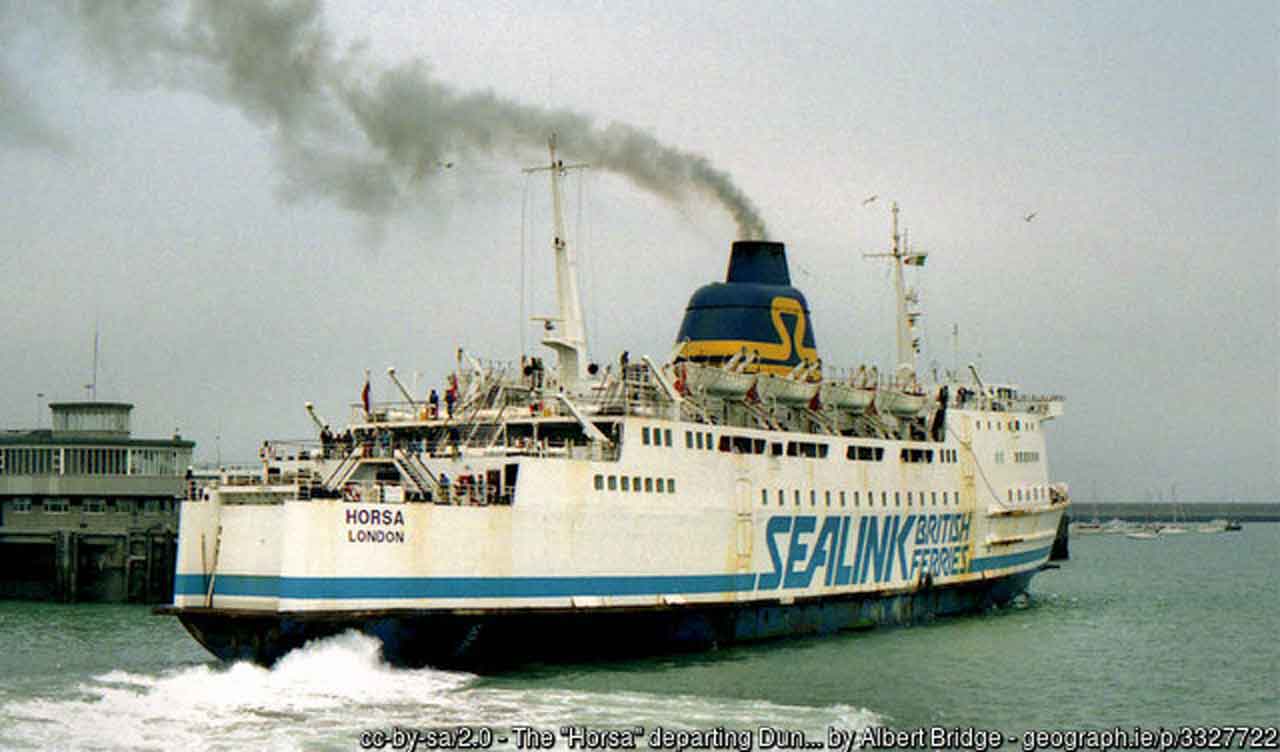 At the end of last year one the two original Folkestone based ro/ro ferries, mv Horsa, was saved from the breakers yards by Sealink Historic ferries.

After a few years of hard negotiating and frustrating delays, the group finally managed to purchase the ferry, which had lain idle at Elefsis, Greece; under her former named ‘Penelope A’ ;for several years and in danger of being sent to the scrappers.

The  vessel once ready will be returned to a base at Southampton, perhaps later this year.

The groups Facebook site announced the event on 29 December 2020 thus: “After a long period of negotiation, Sealink Historic Ferries are pleased to announce that we have have reached agreeable terms with our Greek counterparts for the purchase of the former Sealink vessel HORSA. We expect that signatures will be placed on the MOA during the next week and we can then commence the operation of towing her back to the UK

The Horsa began service on the then new ro/ro service from Folkestone to Boulogne in July on 1972  following her sister ship mv Hengist; now said lost to the breakers only three years ago. She ran from Folkestone and Dover in the main to Boulogne, Calais, Oostende and latterly on the Dover West to Dunkerque West routes for much of her career.

She also occasionally deputised on the Irish sea routes later in the career.

It also fell to the Horsa to perform the very last Sealink service from Folkestone Harbour, to Boulogne, with the 1630hrs return sailings on 31 December 1991.

Thus the end of this year sees the 30th anniversary of that sad event, but July of 2022 sees the 50th anniversary of the start of the ro/ro service; which had been a passenger ferry only from 1843; and it would surely be great if somehow the Horsa could at the very least be towed or powered round to stand off the Harbour Arm to mark the occasion?

Meanwhile once Folkestone Museum and the Fishing History Museum can re-open.

Visitors can view a scale model of the mv Hengist at the former, and pictures of the mv Horsa and other ferries at the latter.