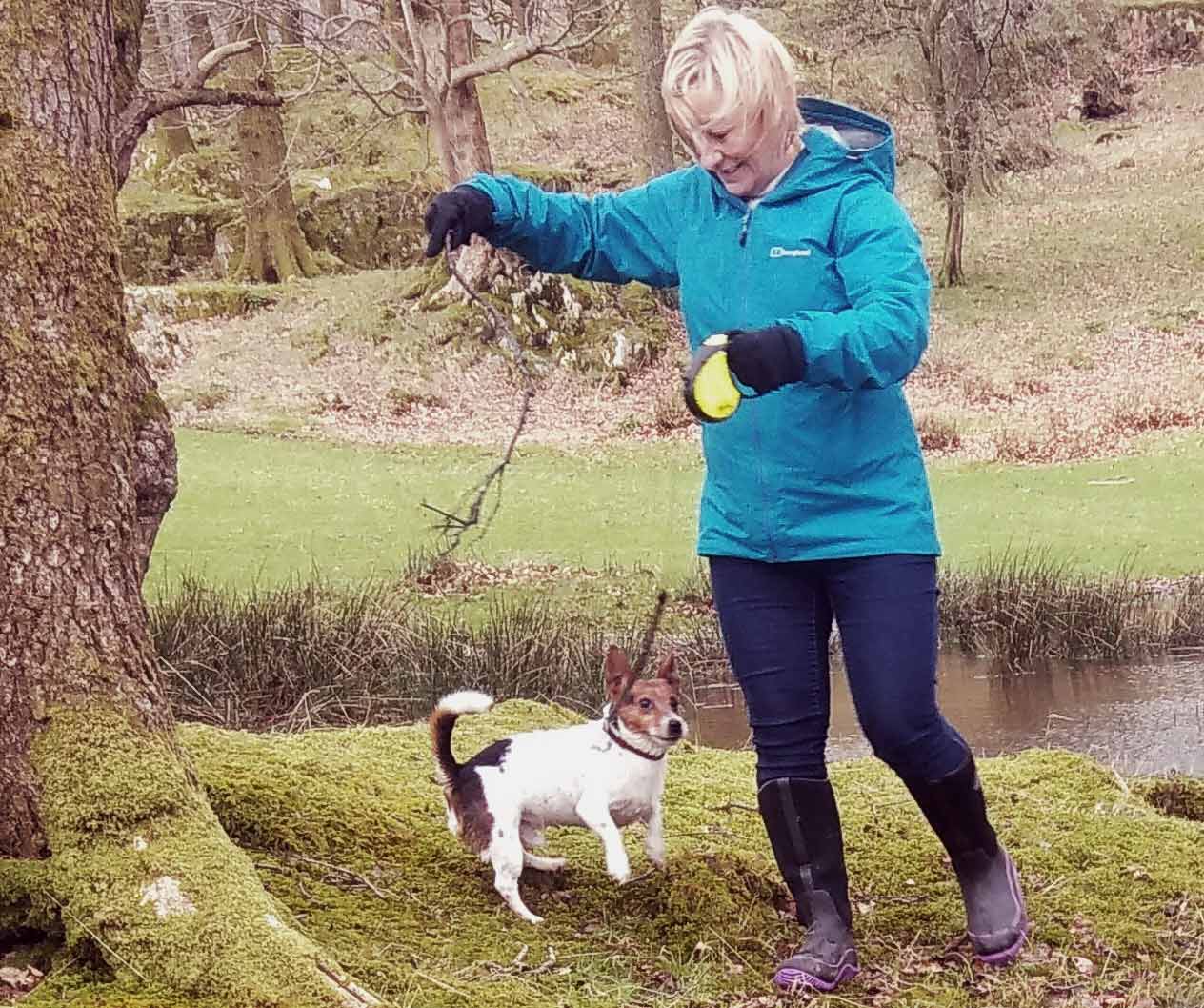 An image of PCSO Julia James in the clothes she was last wearing has been released by detectives investigating her murder.

Investigators say the image shows Julia walking her Jack Russell Toby while wearing a light blue waterproof coat, blue jeans and dark coloured Wellington style brown boots. It is the same clothing, apart from the gloves, which she wore on Tuesday 27 April 2021.

She had been working at home that day before taking a walk towards Akholt Wood in the Aylesham Road area of Snowdown. Julia was found at around 4pm by members of the public and a post mortem confirmed she had died of significant head injuries.

Officers from the Kent and Essex Serious Crime Directorate have also released images of part of the crime scene which they are keen to receive more information about.

In particular, detectives would like to speak to anyone who was within the area defined by the red lines in the map, shown above, on Tuesday 27 April between 1pm and 4.30pm. That area is contained by boundaries of the pathways of Spinney Lane to the North, Aylesham Road to the East, Holt Street to the South and Pond Lane to the West.

Those with information are urged to contact Kent Police on 0800 0514 526. Anyone with video footage can submit it online via this link.

Assistant Chief Constable of Kent Police Tom Richards said: ‘We’re hoping that this image of Julia wearing what she wore before her death will help jog people’s memory.

‘We want to hear from people who think they saw her walking Toby on that day and we also want to speak to people who were in the area that afternoon.  Perhaps you were going for a run, walking your own dog, driving through or farming your land.‘

We want to hear from anyone who was in the area or who saw Julia. Any and all information is welcomed and our detectives will decide what is relevant to their investigation.

‘We’ve had some fantastic support already from the local community and we’re incredibly grateful for their compassion and patience whilst we carry out our enquiries.’

Officers will continue to conduct as many house-to-house enquiries as possible and many local residents in the Aylesham and Snowdown area can expect a visit from officers to allow them to discuss any concerns they may have as well as provide any information which could assist the investigation.

On Tuesday 4 May 2021, one week after Julia was killed, officers conducted numerous road checks to speak to motorists in the area. Between 12.30pm and 6.30pm a total of 449 vehicles were stopped and occupants spoken to.

ACC Richards added: ‘Enquiries continue at pace, as does our very visible presence in the Aylesham and Snowdown areas. ‘Whilst we will not be telling people what they can and can’t do, we are urging people to be vigilant and to be aware of their surroundings. Work is still underway to establish the motive for Julia’s killing and we’re keen people stay and feel safe.’