Four arrested after £180,000 seized at Channel Tunnel in Folkestone 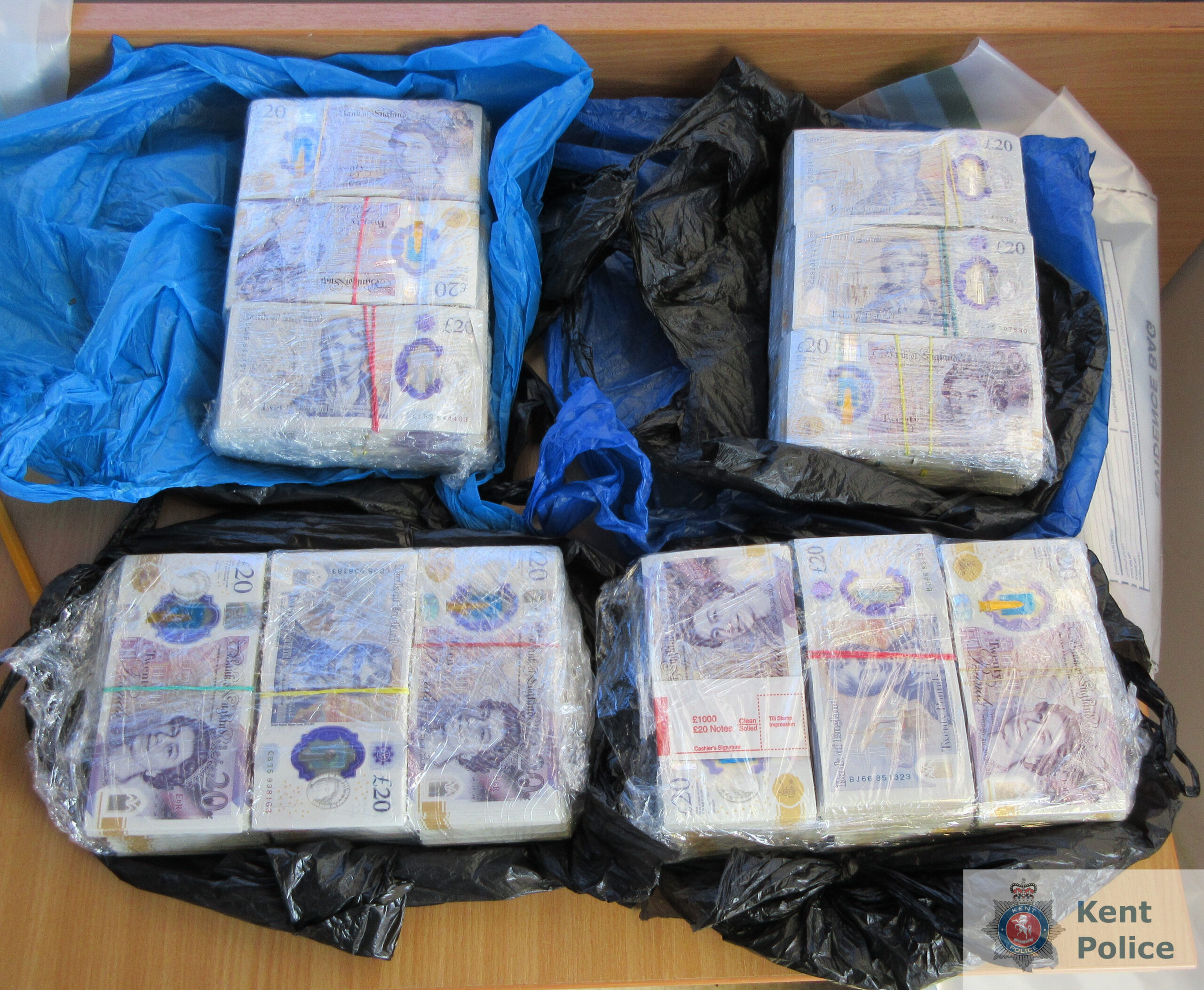 Some of the seized cash Photo: Kent Police

Cash totalling around £180,000 was seized from two cars stopped at the Channel Tunnel terminal in Folkestone.

The vehicles had been travelling in convoy when they were stopped at the outbound border controls at around 8.50am.

Around £30,000 was initially disclosed to UK Border Force officers, who subsequently found an additional £150,000 in various locations across the two cars.

Border policing officers from Kent Police attended and seized the cash under the Proceeds of Crime Act. They also arrested two men aged 53 and 32, and two women aged 49 and 25 on suspicion of money laundering.

The four suspects, who are all from Leicester, were later released from custody pending further enquiries.