Poignant Tribute to The Few on Folkestone clifftop 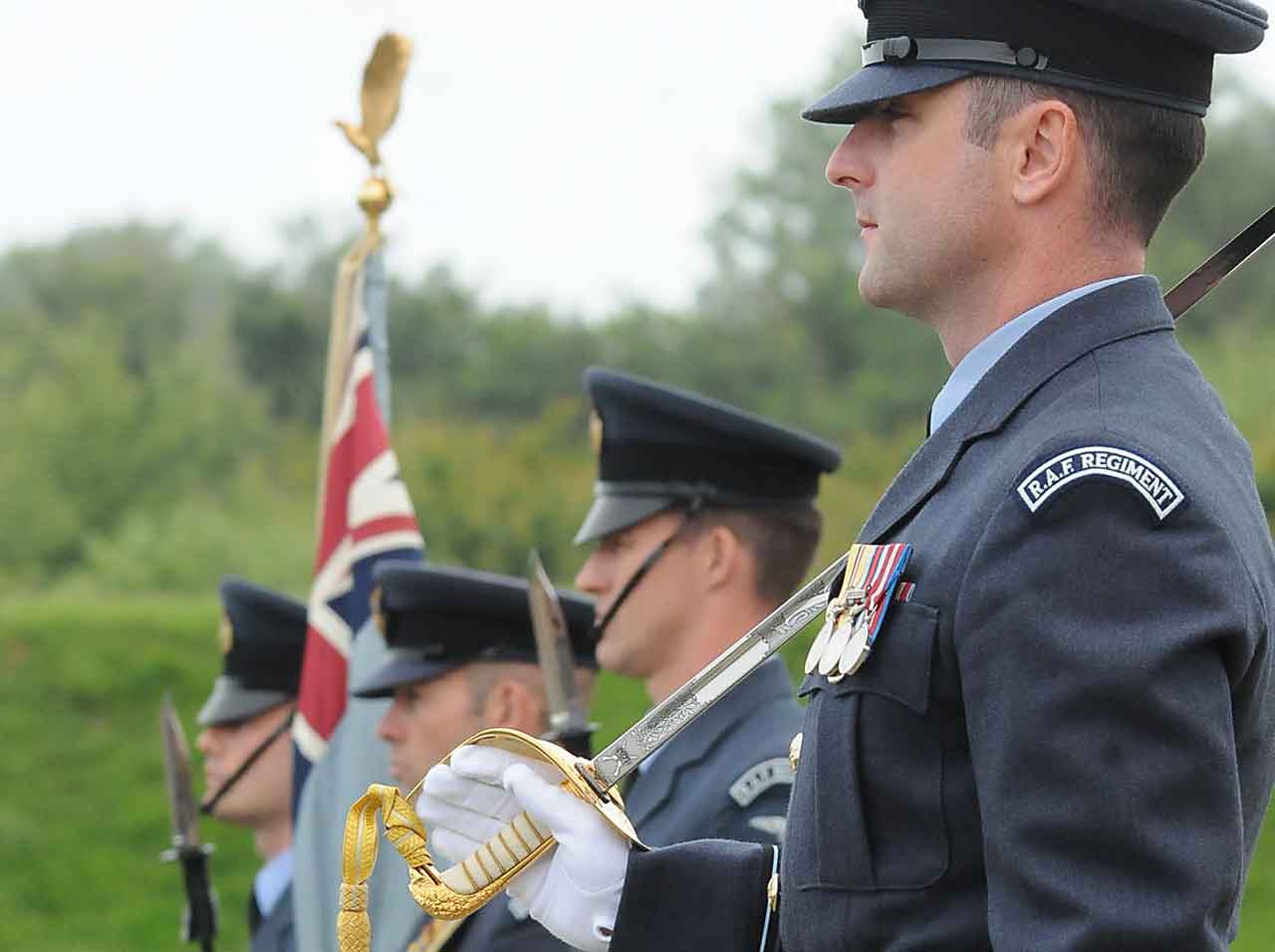 Relatives of the group of men Churchill named ‘the Few’ paid their respects to those who fought the Battle of Britain when they joined a small, private event on the clifftop outside Folkestone on Sunday (4 July).

Coronavirus restrictions meant this event was strictly limited, but it remained a poignant occasion made even more moving by the sounds of a Spitfire and Hurricane from the Battle of Britain Memorial Flight, glimpsed through the low cloud that blanketed the Memorial at Capel-le-Ferne.

Guest of honour at the Service of Commemoration, which was led by the Trust’s Honorary Chaplain, Air Vice-Marshal the Ven Ray Pentland CB, was Air Vice-Marshal Tam Jennings, Director, Legal Services, RAF, representing the Chief of the Air Staff.

The service, which was followed by a socially distanced afternoon tea in The Wing, now open for visitors from Wednesday to Sunday each week, marked the 81st anniversary of the start of the Battle of Britain.

After the ceremony, relatives laid floral tributes at the foot of the Christopher Foxley-Norris Memorial Wall, which lists the names of all aircrew known to have taken part in the Battle of Britain. Tom Walker, grandson of Flt Lt William Walker, Spitfire pilot-turned poet, read his grandfather’s poem Our Wall.

“Trustees, staff and volunteers worked hard to come up with a small, private format that would allow relatives to pay their respects to the Few while meeting Covid-19 restrictions, and it turned out to be a suitably moving, commemorative event,” commented Honorary Secretary Gp Capt. Patrick Tootal OBE DL.

The Memorial Trust is hoping that Memorial Day, which normally attracts several thousand people, will be able to return in its more usual format next July.

Who’s the new sponsor of the Whitstable 10k Road Race?