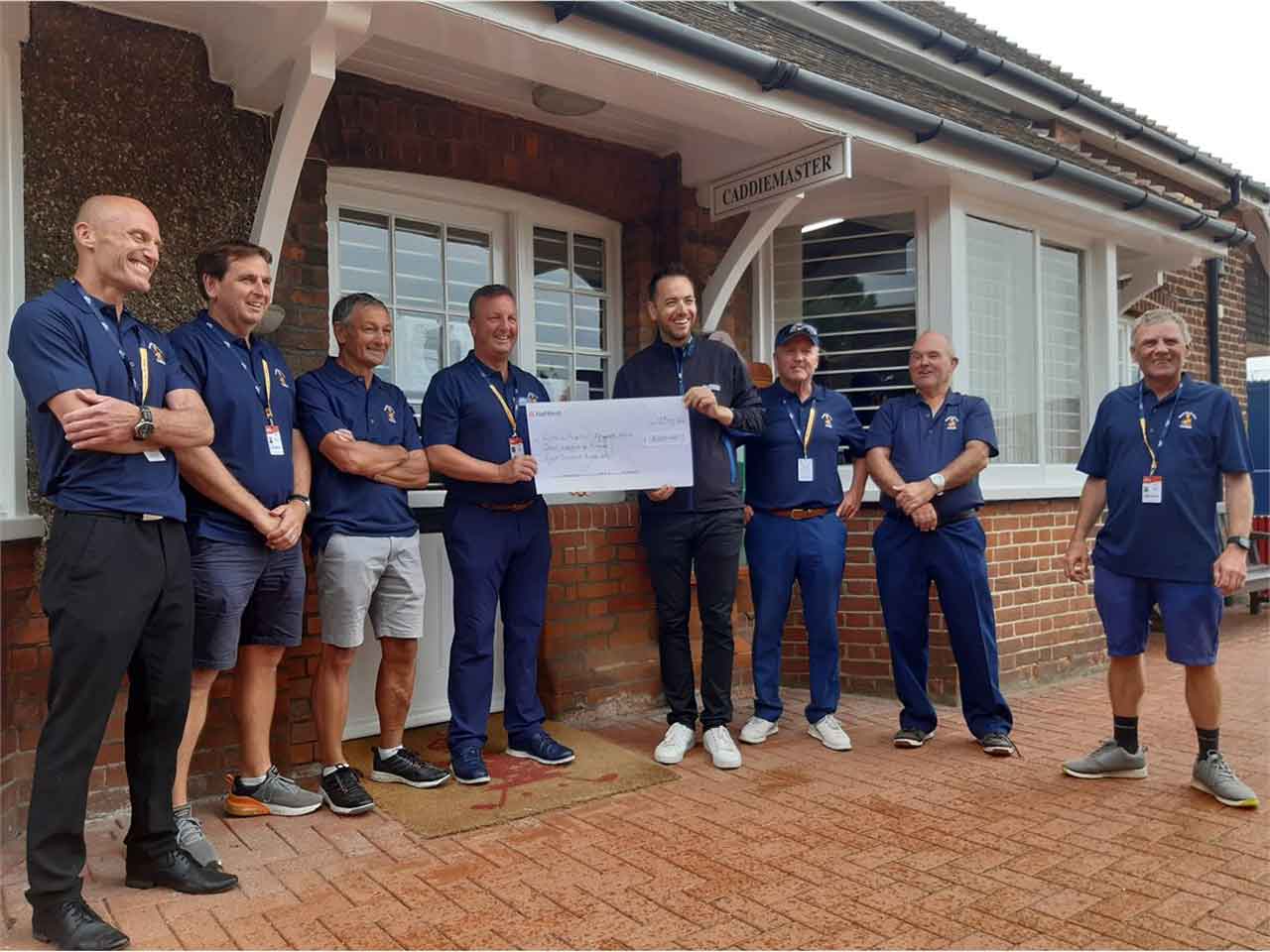 Caddies at Royal St George’s Golf Club, which is hosting The 149th Open this week, have not only spent the last three years preparing for golf’s original major to return to Sandwich, they have also been fundraising for the Alzheimers ward at Victoria Hospital in Deal, by contributing £1 a for every bag accrued into a special charity fund.

Sky Sport’s golf pundit, Nick Dougherty, joined the caddies on Monday afternoon (12 July) to be presented with a cheque for £8,000, which after The Open, will be presented to the Victoria Hospital.

Deal Victoria Hospital is a small but much valued community hospital, offering urgent treatment services and in-patient care on the Elizabeth ward, with 26 beds.

Caddiemaster Sean Meleady said: “My wife works at the Deal Victoria Hospital as a case officer, and like every part of the NHS, the team there have done a fantastic job supporting the local community over the past seventeen months.

“It’s great for the Club and the caddie community at Royal St. George’s to be able to give something back, and we are grateful for Nick for giving up his time to accept the donation on their behalf, as the COVID arrangements make it difficult for them to be here this week.”

The R&A have provided 1,500 tickets to NHS workers in Kent on Thursday, the first day of the Championship, in recognition of their work during the pandemic and the support of The Open by the local health authorities.

Gillingham football fan fined and banned from grounds for 3 years