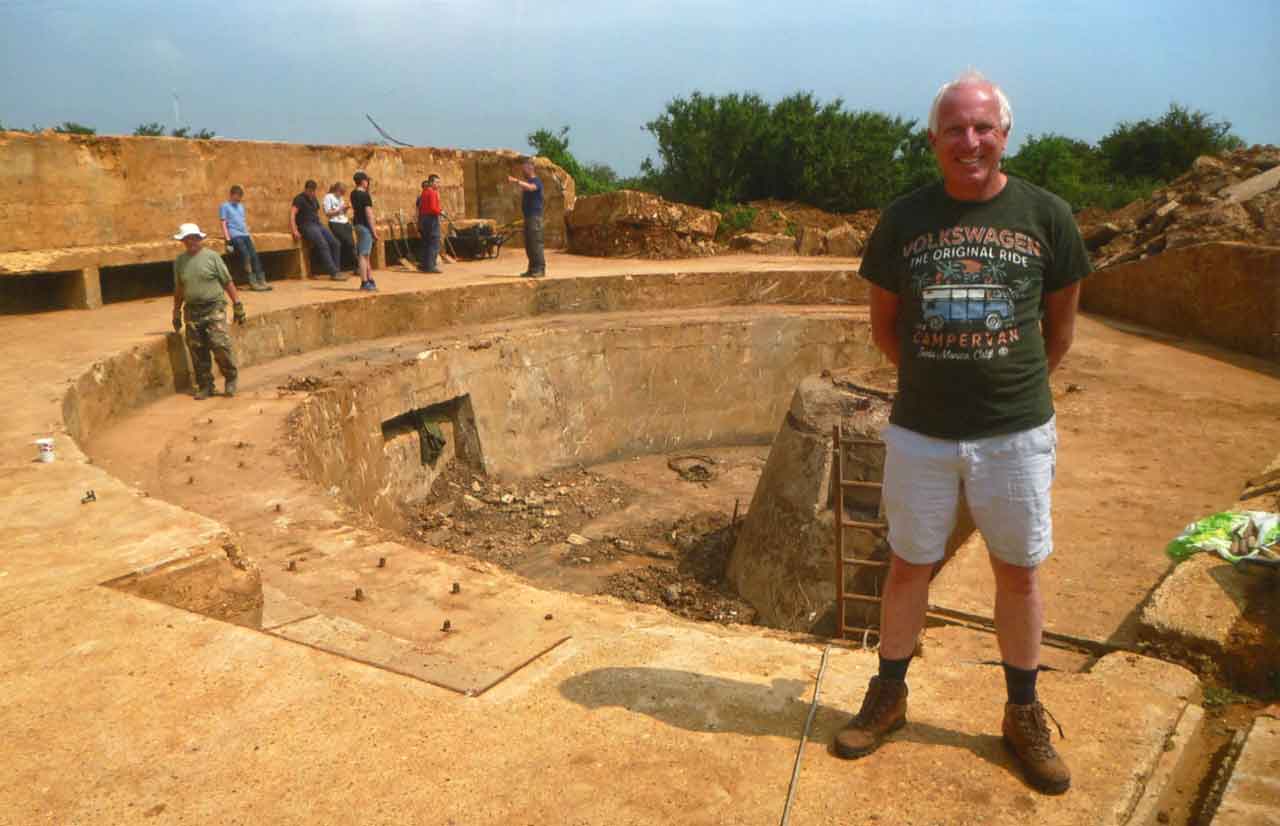 On Saturday the World War two gun emplacement site at Capel was open to visitors to visit the still under excavation area.

Covering some 13 square acres, the site originally contained three single eight inch guns covering the south eastern part of the Channel between Dover and Folkestone during the war.

The guns are said to have come from a damaged frigate.  Two of the gun emplacements are landscaped into part of the next door Battle of Britain Memorial site with just the number one gun site currently being gradually exposed ahead of a hoped for future restoration.

Other parts of the site, which have been slowly worked on for the last ten years by owner Martin Button and his father. These contain what was originally a vast connected military base with parade ground, ablutions and shower buildings and underground plotting rooms plus a hospital amongst much else.

The underground areas are not yet accessible as they are still full of rubble.

Currently the number one gun emplacement is undergoing excavation to clear the back-filled rubble and on the day some young police cadets were helping with this.

The area is also now a quite rich and varied one for wildlife which at this time of year is very colourful.

It is hoped that in future further work to clear and prepare the whole site, albeit bit by bit, will enable it to become a proper visitor attraction alongside the Battle of Britain memorial next door.

The next Open Day for visitors is due on Saturday 14th August with access through the gates of the BoB Memorial site at right. People should proceed with care.