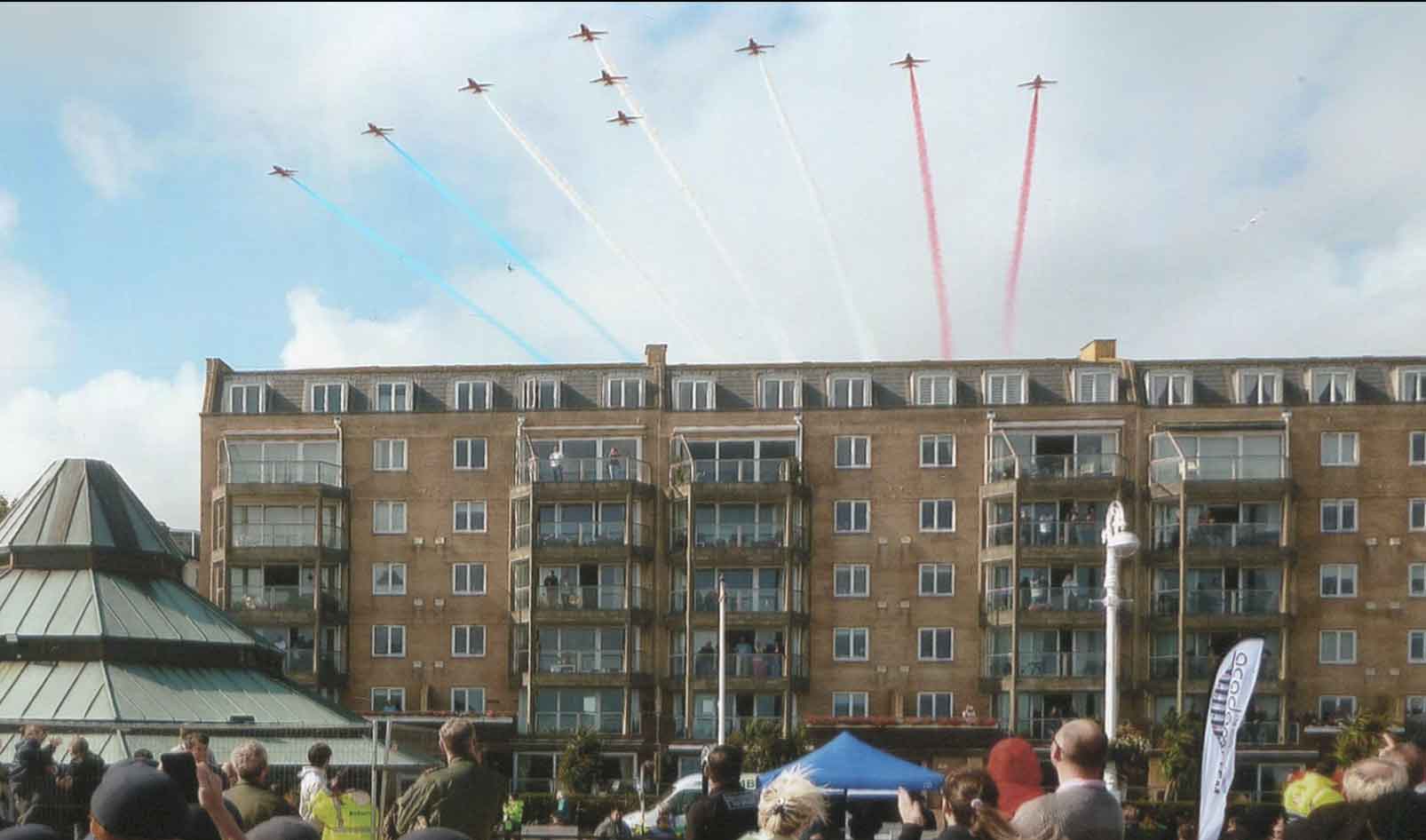 The hugely anticipated Red Arrow flying team appeared over the skies off Folkestone on Sunday as part of the Folkestone Air Display with several thousands watching and despite a delay due to some passing inclement weather.

They were preceded by a stately fly-past by a C47 Dakota making several passes along the coast just offshore which this year was representing the Battle of Britain memorial flight. Sadly the high winds prevented the Stampe biplane display team from performing.

Prior to, and during, the displays the Leas was thronged with visitors who also enjoyed viewing the Classic Car rally outside The Grand. These along with numerous food, art and craft stalls and Red Arrows outlets, situated nearby. Academy FM provided regular updates about proceedings along with music.

The Red Arrows duly roared in over the Leas Cliff hall bang on time at 4pm and shot out to sea to begin their spectacular series of stunts, either along the coastline with two jets passing close with smoke trailing, or as a group performing close turns or spreads across the skies.

The commentary was provided by Adam Collins, who is a former member of the flying team and now known as ‘RED10’, from the roof of the Leas Cliff Hall.

Another Folkestone Air Display has been pencilled in for 2022 already.

Who’s the new sponsor of the Whitstable 10k Road Race?