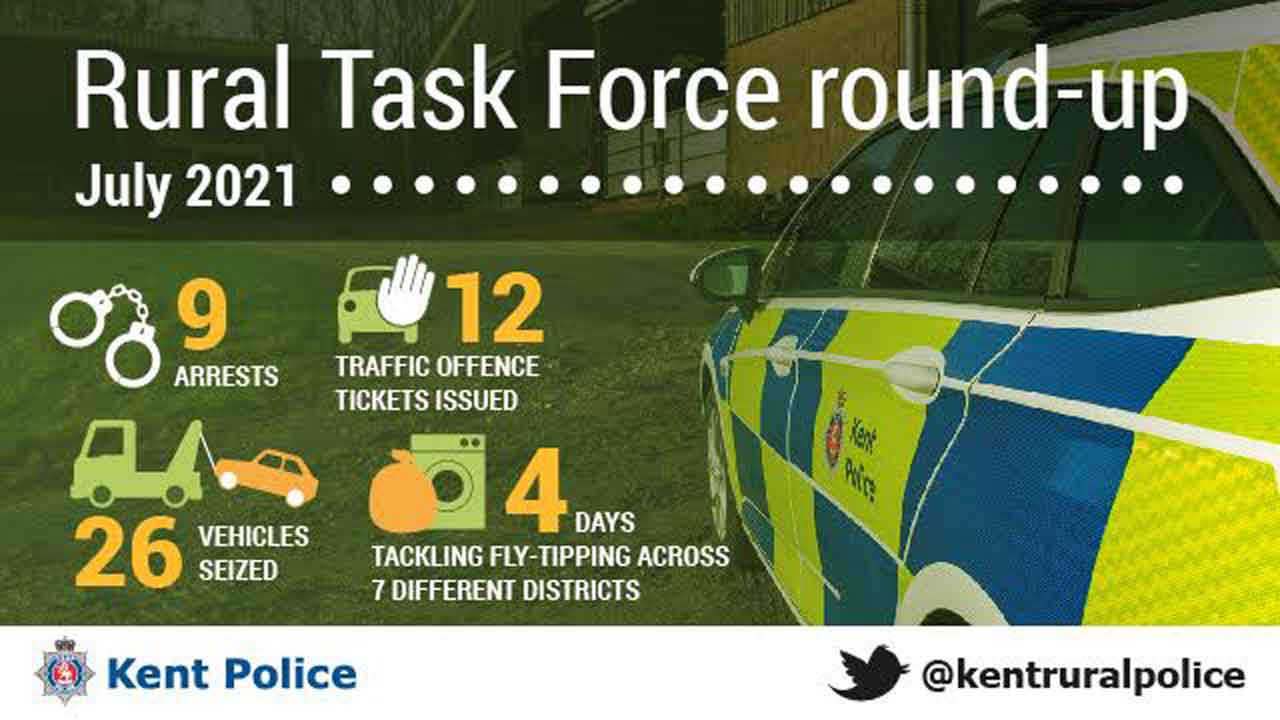 Arrests for theft, handling stolen goods and driving offences were made by officers from the Rural Task Force in July.

In total nine people were arrested by the specialist officers who also seized 26 vehicles and issued 12 tickets for driving offences. In addition to this they worked with local authorities across the county on four separate action days aimed at targeting those fly-tipping.

As farmers begin their harvest the rural team will be on the trail of those involved in hare coursing. This is an illegal activity which not only involves the unnecessary suffering of wildlife but often results in landowners being threatened and damage being caused to crops.

In a bid to combat a rise in attacks on livestock by dogs the team have updated their response to such incidents. The officers have developed a strategy to ensure that any potential forensic evidence is captured and will take ownership of all livestock attacks reported to them.

Sergeant Darren Walshaw of the Rural Task Force said: ‘The team work hard to combat a variety of issues experienced by the rural community including the anti-social use off-road vehicles, rogue traders and the theft of expensive agricultural equipment.

‘We have developed a number of apps for people in the rural community so they can share information with us quickly and our Farm Watch group now exceeds 1,500 members. We do not underestimate that people in these areas can feel isolated and it is important we utilise technology to ensure we can communicate effectively.

‘There have been a number of notable successes in July and we remain committed to offering a first-class service to those in rural communities.’

Action by the RTF

A man from Seasalter was stopped by the team as they patrolled Faversham Road, Whitstable on Thursday, 12 July. The 21-year-old was sought in connection with the theft of chainsaws from a local business. He was arrested and has been released under investigation whilst enquiries continue.

A 30-year-old man from Yorkshire was arrested at a petrol station in Norton on 10 July after a search of his vehicle located 27 bottles of champagne that are believed to have been stolen. The man was also arrested on suspicion of driving without a licence or insurance.

A 25-year-old from London was stopped by the team in Old Tovil Road, Maidstone on 20 July. The officers suspected the recovery vehicle he was using had been stolen and displayed false numberplates. In addition to this, he did not hold a valid driving licence. He has been released from custody whilst enquiries continue.