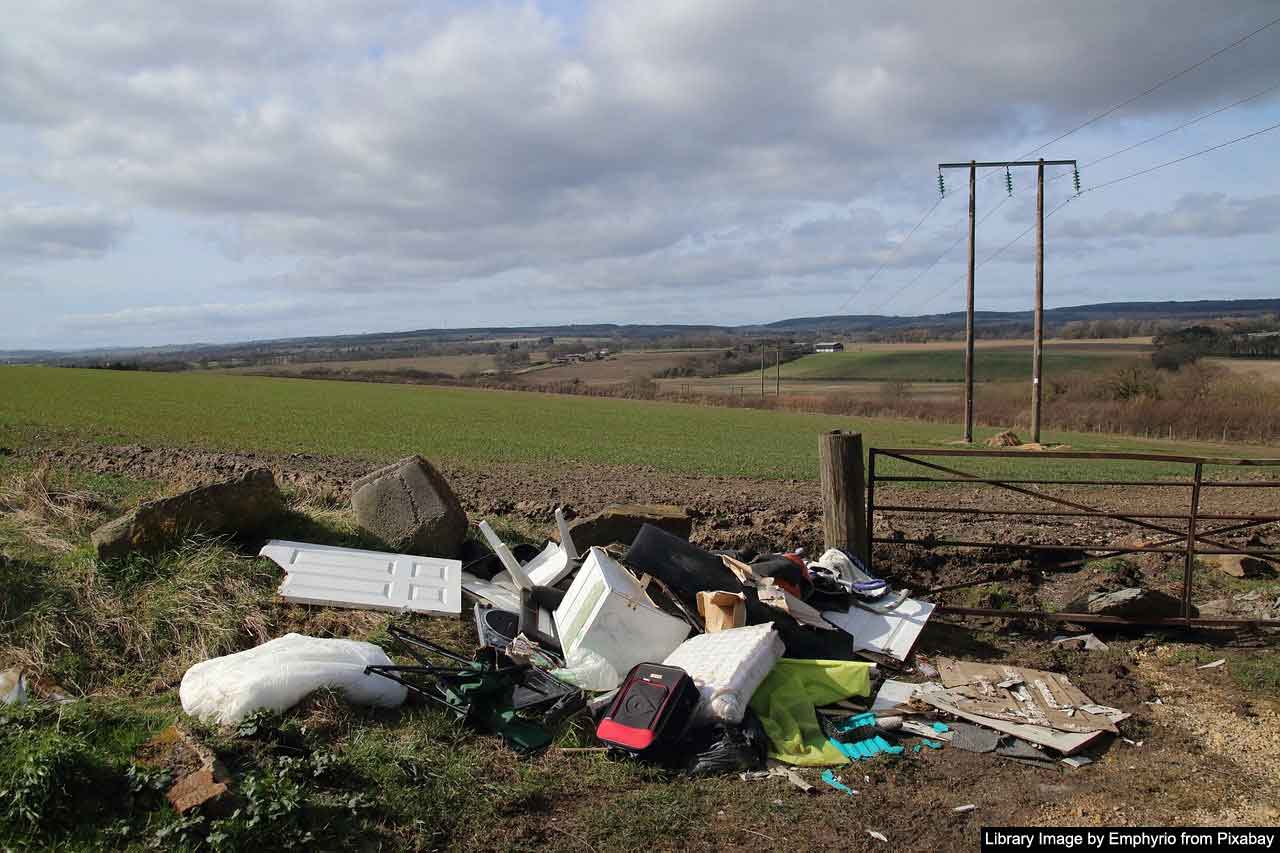 The Country Land & Business Association (CLA), together with over 150 local authorities and 10 professional bodies, is calling on the Sentencing Council to impose tougher fines and sentences for fly-tipping culprits.

As part of a proposed review of the Environmental Offences Definitive Guideline (2014), the CLA, working in partnership with a range of local authorities and professional bodies covering counties including Buckinghamshire, Hampshire, Kent, Oxfordshire and Surrey, is calling for tougher action against the culprits.

Currently, sentences handed down do not always match the severity of the offence committed or fairly reflect the costs incurred by the public purse. This means that punishment for the offence of fly-tipping does not act as a suitable deterrent.

The CLA, along with the numerous supporting councils and professional bodies from across the UK, is asking the Sentencing Council to consider changes that would mean:

· Court fines would exceed the cost of Fixed Penalty Notice fines and to include costs incurred by the public purse and the police in bringing a fly-tipper to court.

· Costs related to the clean-up of fly-tipping on private land and restoration of that land would be included in fines paid by those who are prosecuted.

· If a defendant cannot pay the fine in full, or in part, it is strongly recommended that community-based sentences are more widely used and available across all offence categories.

· Anyone convicted of a second fly tipping offence is given a custodial sentence rather than another suspended sentence.

Regional Director Michael Valenzia said: “Fly-tipping continues to blight the lives of many of us living and working in the countryside – and significant progress needs to be made to stop it.

“It’s not just the odd bin bag but large household items, from unwanted sofas to broken washing machines, building materials and even asbestos being dumped across our countryside.

“Currently, the maximum fine is £50,000 or 12 months’ imprisonment if convicted in a Magistrates’ Court – but this is seldom enforced. Cracking down on this type of crime will only be achieved if tougher fines are imposed. This is why it’s crucial that the Sentencing Council listens to our concerns, and the signatories of the letter, to ensure the offenders are brought to justice.”