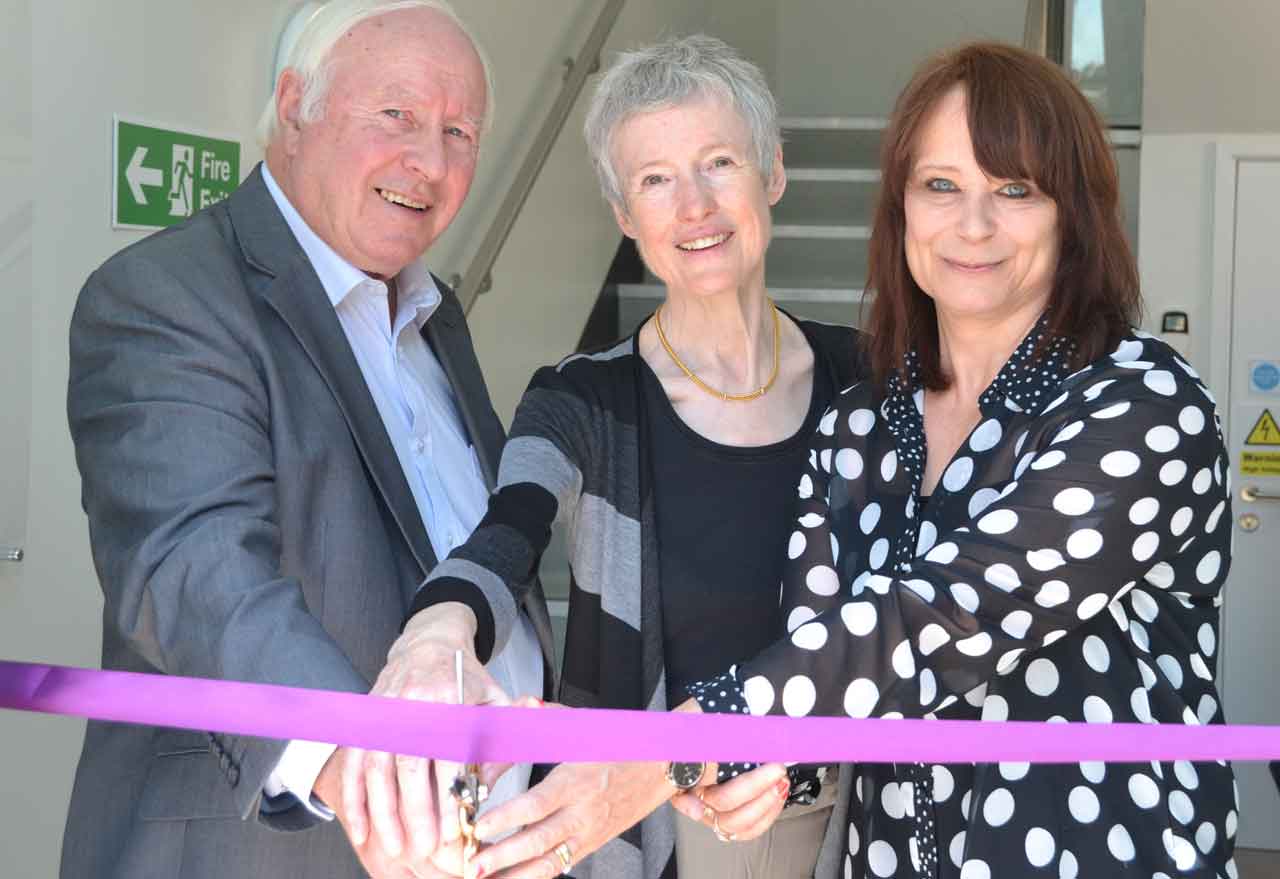 Cutting the the ribbon

A building which was previously vacant for more than a decade has been brought to life thanks to the support of the Folkestone Community Works programme.

A six-figure sum – including a £420,000 Folkestone Community Works grant, part-funded by the European Structural and Investment Funds 2014-20 and managed by F&HDC – has been spent on refitting the building sustainably.

It now has over 6,000 sq ft of office space within 21 self-contained units, meeting rooms, an informal breakout area, virtual offices and co-working space – all of which are available for rental on short, flexible terms.

Cllr David Wimble, F&HDC Cabinet Member for the District Economy, said: “Start-up and small businesses have a significant role to play in the continued regeneration of Folkestone town centre.

“So it is important high-quality, modern office space with flexible terms is available in the heart of the town and I’m really pleased to see the building officially open and tenants starting to move in.

“This is another example of the Folkestone Community Works project helping people into work and local businesses to grow in the central, eastern and harbour areas of Folkestone.”

Bouverie House Business Centre is being managed by East Kent Spatial Development Company, which has successfully led regeneration developments in other parts of the county. Visit bouveriebusiness.co.uk for more details.

An open day is being held on Wednesday 18 August between 10am and 3pm for those interested in looking at the new office space.