Criminals involved in Kent drugs supply forced to hand over £745,000 in seized cash 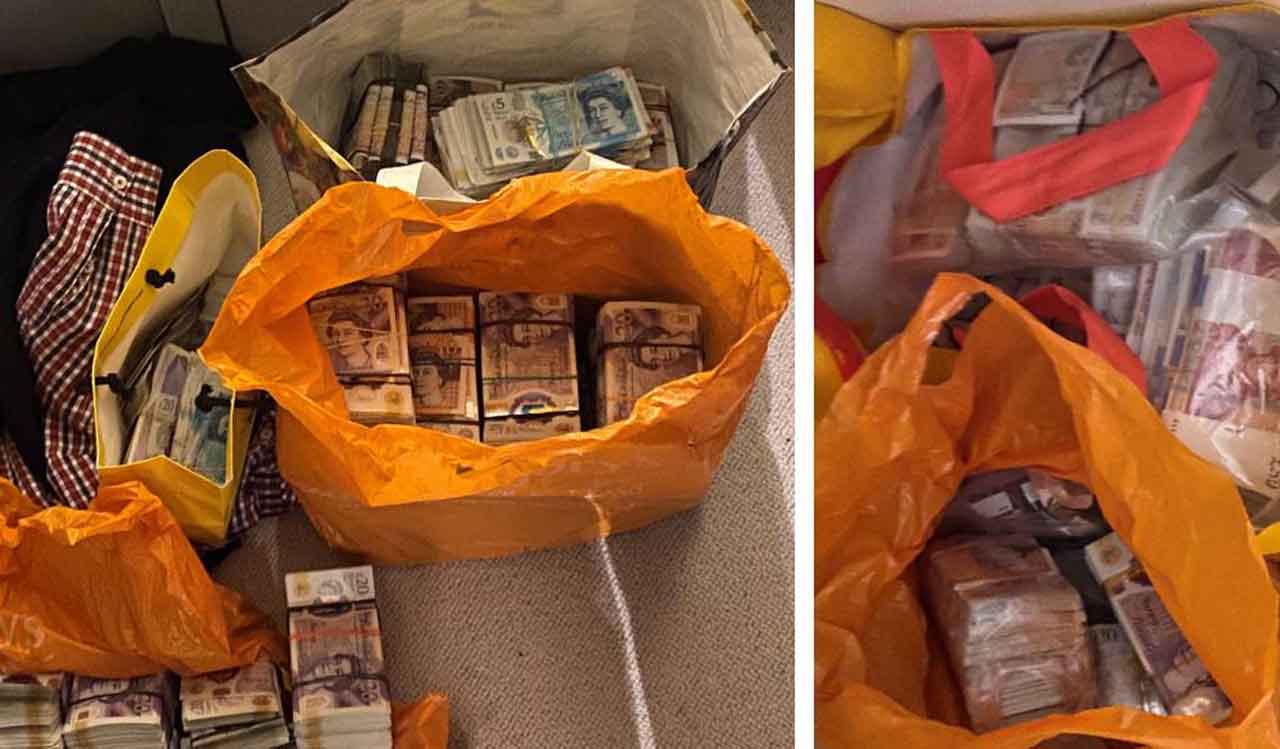 Criminal pair with links to the supply of Class A drugs in Kent have been ordered to forfeit almost £750,000 in cash seized by police during a search warrant at their home.

The money was discovered wrapped in plastic bundles and kept in several supermarket ‘bags for life’ after officers forced entry to the property in London.

The flat in Redcliffe Street, Kensington, was searched during a proactive operation by the Kent and Essex Serious Crime Directorate, on 2 March 2021.

The cash was found in a bedroom with amounts written on individual bundles, showing how the money had been divided.

More than 100 wraps of cocaine were also seized from the property and a nearby parked car, and two men found staying the address were arrested.

With both men remanded in custody and awaiting sentencing, Kent Police made a forfeiture application under the Proceeds of Crime Act relating to the cash seized, which totalled £745,087.

The application, which did not have to be heard before a court, was successful and not contested by either of the offenders.

Detective Superintendent Patrick Milford, for Major Economic and Cyber Crime, said: ‘The vast amounts of cash seized were clearly indicative of an organised criminal gang operating drug supply networks into Kent and beyond.‘The significant amounts these men have now been ordered to give up again demonstrates just how important the Proceeds of Crime Act continues to be. This legislation is vital in our work to prevent criminals benefiting from their crimes and it is frequently used to claw back illegal gains long after offenders have been sentenced and even released from prison.‘Kent Police will receive a significant amount of the money forfeited through the Home Office Asset Recovery Incentivisation Scheme. This will be money which importantly can be immediately invested back into policing our communities.’