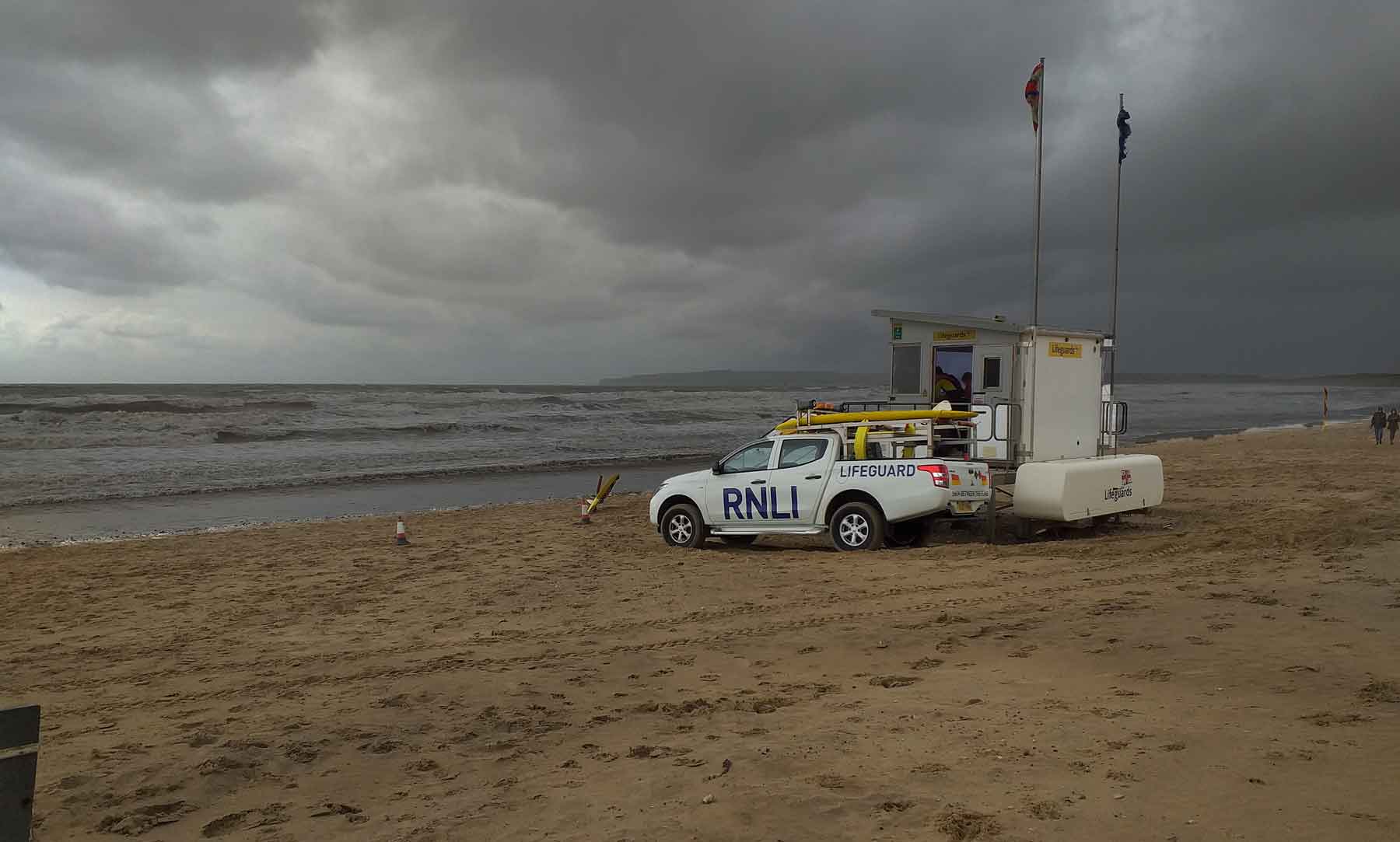 The Sheerness RNLI inshore lifeboat took part in the rescue of two jet skiers who had gone aground in thick mud in The Swale off the Isle of Sheppey.

The volunteer crew of the Sheerness relief fleet inshore lifeboat ‘Eric Howland’ were diverted from a training exercise by the UK Coastguard at 6.00pm on Wednesday 8 September to respond to a report of two people on separate jet skis that had gone aground North of No.10 buoy in the The Swale, off Elmley Marshes.

Arriving on scene at 6.30pm it was apparent that both casualties were high and dry on the mud and some distance from any navigable water with the tide still on the ebb.

The Sheppey Coastguard Mud rescue team had also been tasked and were in attendance on the North side of The Swale with a further Coastguard Rescue Team from Herne Bay on the Southern side.

After some considerable efforts by all the rescue teams involved it was apparent that extracting the casualties across the mud was not a viable or safe option and following discussions with the UK Coastguard the decision was made to divert the Coastguard Rescue Helicopter from Lydd, that was already in the air on training exercises to assist.

The helicopter arrived on the scene at 8.40pm and immediately winched up the two casualties. With the casualties onboard the helicopter then had to divert to Southend Airport to refuel, following which the casualties were landed ashore safely into the care of the Coastguard rescue Teams at 9.45pm.

The lifeboat crew then assisted the Coastguards with their mud rescue equipment and transported two of the team members back to the shore.

Other than being very cold both casualties were said to be okay. It is not known what happened to their jetskis as with no chance of moving them they were left at the scene.