‘Mods’ scoot back to Folkestone for Skabour Music Festival 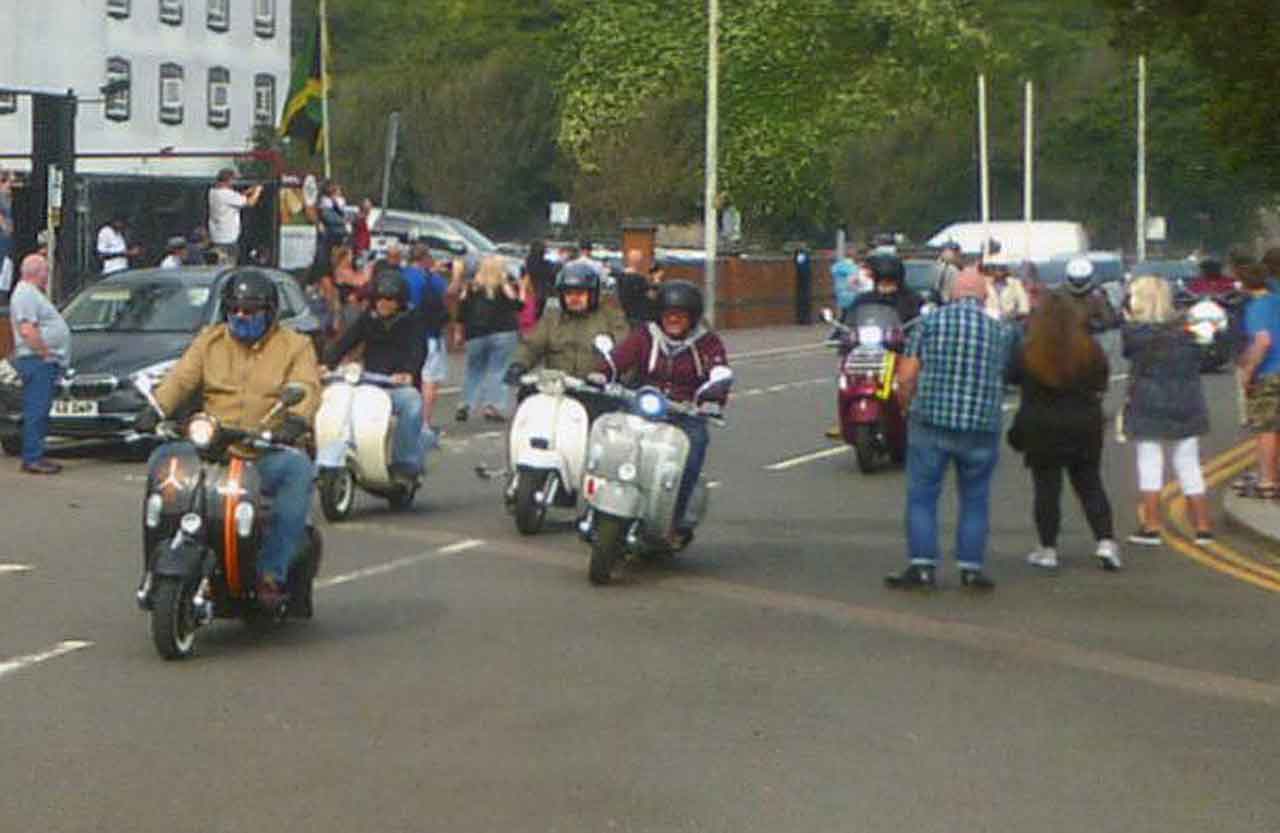 Hundreds descended on Folkestone over the weekend for the first Skabour Music festival since 2019 due to the pandemic.

The events were centered around the Grand Burstin Hotel, nearby pubs and venues and across the town.

The organisers, ever aware of the conditions under which the event was taking place, helped to provide sanitizers, requested mask wearing and even invested in providing in air ventilators in the Ballroom and Nite Klub areas to ensure a safer environment especially indoors.

The event opened at midday on Friday with revelers congregating into the Burstin ballroom for the initial act by Amanda Murphy; with many others thronging the seafront areas; followed by subsequent bands throughout the afternoon and into the evening, the latter highlighted by the Neville Staple Band featuring ‘the original rude boy’ from the Specials marking 40 years in the business.

Saturday saw people enjoying the seafront pubs & areas, comparing and/or riding their scooters,  as well as attending the various stalls and bands within the Burstin during the day and evening including Rude Six, Prone 2 Madness, & The Specials, followed by such as Mad Professor in the Nite Klub well into the early hours.

Sunday began at midday with the mass ‘Scooter Ride-Out’ of over 25 such from in front of the Burstin, circling the building and then off along the A20 then through Lympne, Aldington, Dymchurch and a stop at West Hythe before returning to The Burstin, followed by the scooter awards.

Events continued inside with the retro scooter raffle in aid of South Kent MIND and bands including The Heroes and finally a showing in the late afternoon of film ‘Quadrophenia’ to close out the event.