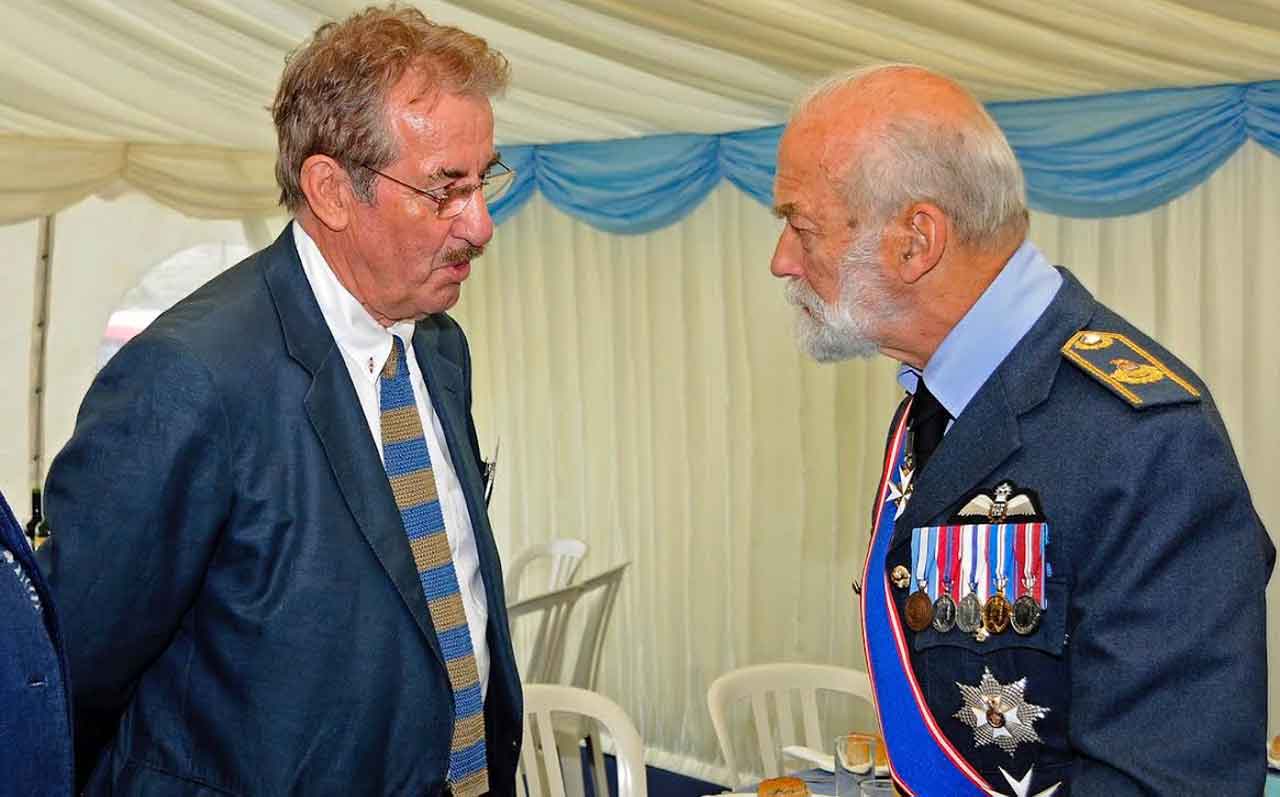 The death of TV star John Challis, best known for his role as Boycie in Only Fools and Horses, has been greeted with particular sadness by Trustees at a Kent Battle of Britain charity.

The actor, who has died aged 79, was one of several stars who supported last year’s successful Crowdfunder appeal for donations to help the Capel-le-Ferne based Battle of Britain Memorial Trust survive the funding challenge posed by the Covid-19 lockdown.

John became a big supporter of the Trust after rekindling an old friendship with Patrick Tootal, the charity’s long-standing honorary secretary.

Patrick’s wife and Trust events organiser Janet Tootal wrote to ‘Boycie’ asking for his support after Patrick pointed out that the two men had both attended Ottershaw School near Chertsey in Surrey, where John had been one year ahead of Patrick.

Patrick recalled what happened next: “I was delighted to receive a note back from John saying: ‘OT371 here – is that Pat Tootal, OT383?’ – OT being code for Ottershall. We got back in touch and he became a great supporter, most recently backing the Crowdfunder appeal with a heartfelt plea on our behalf.

“What made things even more special was that John brought his screen wife Sue Holderness with him to see the site. Not only did she become an equally good friend to the Trust, but she also discovered that her uncle, John Browning Holderness, was listed on the Christopher Foxley-Norris Memorial Wall as one of the Few, having flown with No 1 Squadron in the Battle of Britain.”

As well as attending Memorial Day in 2013 and 2015, ‘Boycie’ was at the site in March 2011 for the visit of the replica of K5054, the first flying Spitfire prototype, and was photographed sitting in the cockpit.

“John will be greatly missed by all of us at the Trust,” said Patrick. “Not only was he an old school friend of mine but the support he provided to the charity over the years was remarkable. He truly was a real gentleman.”