New homes for rent in Folkestone aiming to be carbon neutral 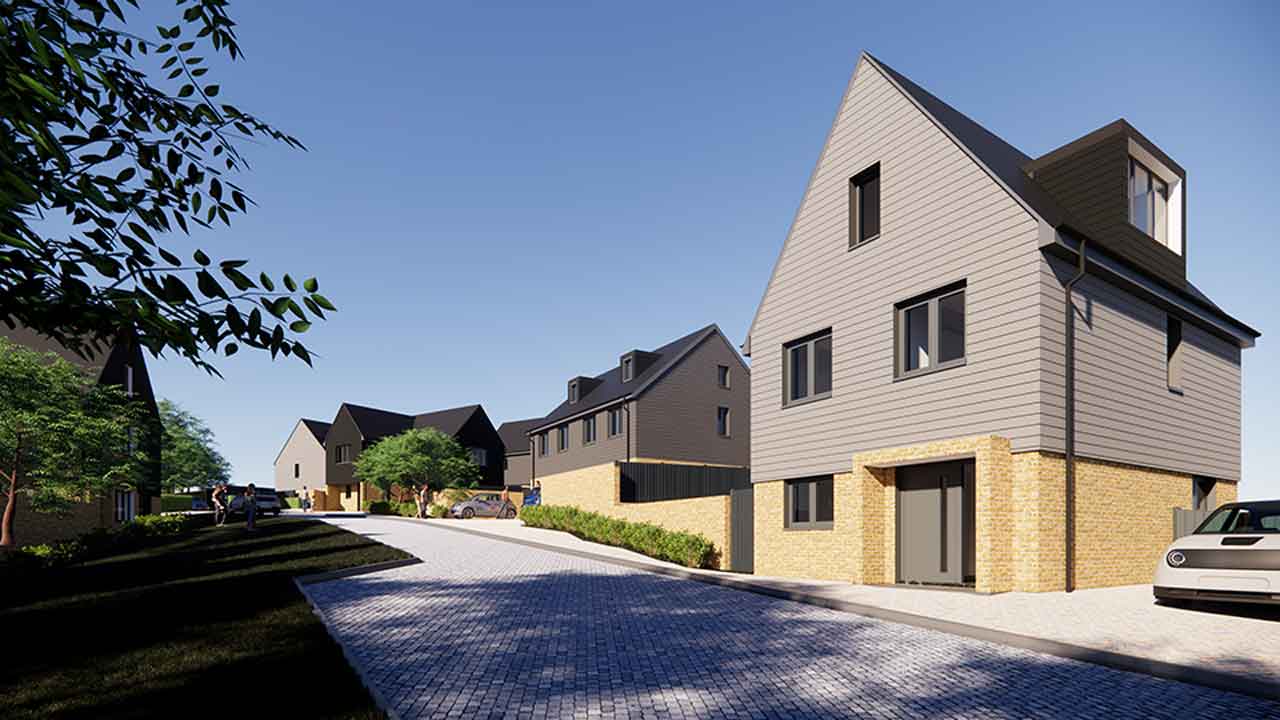 A new development in Folkestone is setting the standard for future building in the district.

The 30 homes, which will be built on the former Highview school site in Moat Farm Road, have been designed by Folkestone & Hythe District Council’s in-house team, and are all for affordable rent. When complete, they aim to be zero carbon in use.

The team has, for the first time, been joined by three tenants who are assisting in looking at different ways of ensuring the homes substantially reduce carbon emissions, as well as accessibility and place-making.

Work is expected to start on Highview’s 24 houses and six flats (which include wheelchair-compliant units) early next year. The fully-accessible small neighbourhood will have open spaces with child-friendly landscaping, forming a sense of place.

It will be connected to surrounding streets, with an emphasis on the movement of pedestrians, rather than vehicles.

Cllr David Godfrey, F&HDC Cabinet Member for Housing and Special Projects, said the Highview development is ground-breaking in many ways: “It is a council designer product which reflects the style of houses in Kent and Folkestone.

“By using modern methods of construction and the latest technology, these homes will be as close as practicably possible to zero carbon in use. And for the first time, all this is being achieved with the input of three of our existing tenants; all in all, Highview will be a very special to live.”