Brighter and smarter and safer Maidstone Bus Station welcomed back 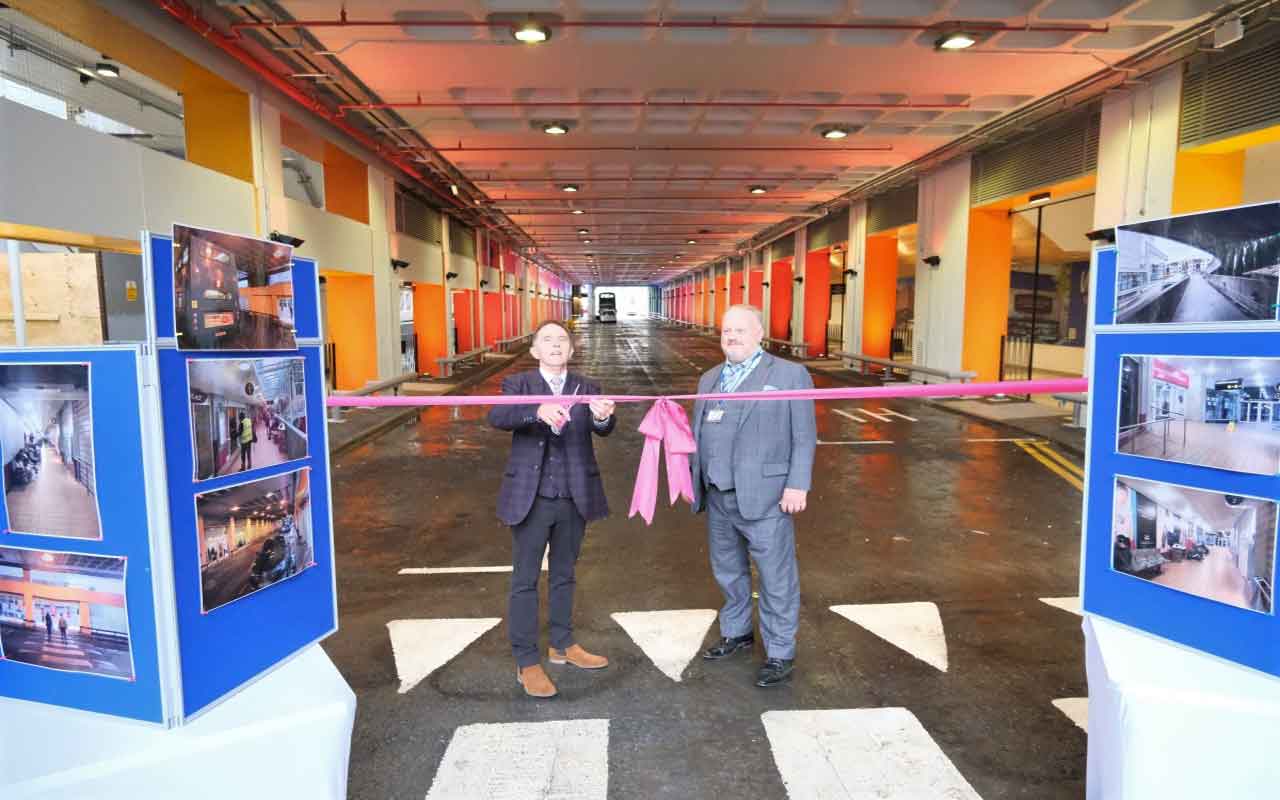 Maidstone Bus Station was opened on Thursday 7 October 2021 ahead of welcoming customers back to a safer, brighter and refurbished space with new fire safety equipment, improved CCTV and lighting.

The new look station has been modernised and the area opened up by removing glass block walls, installing new public wayfinding signage, street furniture, benches, and service information boards which will contribute to increasing the safety of customers. The new facilities will also improve the vitality and viability of Maidstone, the County Town of Kent, providing a modern and well cared for place with excellent public transport facilities.

Maidstone Borough Council (MBC) has worked with Kent County Council, Arriva, NuVenture and the owners of the Mall Shopping Centre to refurbish and improve the Bus Station.

Pedestrian access to the bus station will resume tomorrow Saturday 9 October, with timetabled buses to return later in the month.

The Deputy Mayor Maidstone, Cllr Derek Mortimer officially opened the Bus Station who said: “We are really pleased that the new Bus Station has fulfilled the improvements raised from our public consultations and more.

“Customers can now enjoy the welcome feel that the space offers alongside security in a more open, safe environment.

“Thousands of users come through the bus station each week and we want them to see the commitment we’ve made to public transport as part of our aim to keep the county town thriving and sustainable.”

Following a public consultation undertaken from July to September 2020, customers prioritised the need for ‘improved lighting’, ‘refurnishing floors in pedestrian areas’, ‘new bus signage and timetable information’ along with ‘new benches and seating.’

The improvement work carried out cost £1.4m and included:

Cllr Mortimer added: “It is great to see these improvements come to fruition as another jewel in the county crown for Maidstone.

“There are many projects in the pipeline to continue improving the town and this is a great example of the public and local authority working together to get the best result. Thank you to everyone who contributed their feedback.”

In addition to the improvement work, a colourful mural wall was created with funding by an Arts Council England grant. Maidstone street artist Graham Upton led youngsters from a local youth group to produce the colourful display depicting the town’s varied history. Included in this is a tribute piece to Maidstone’s own late artist Tony Hart.