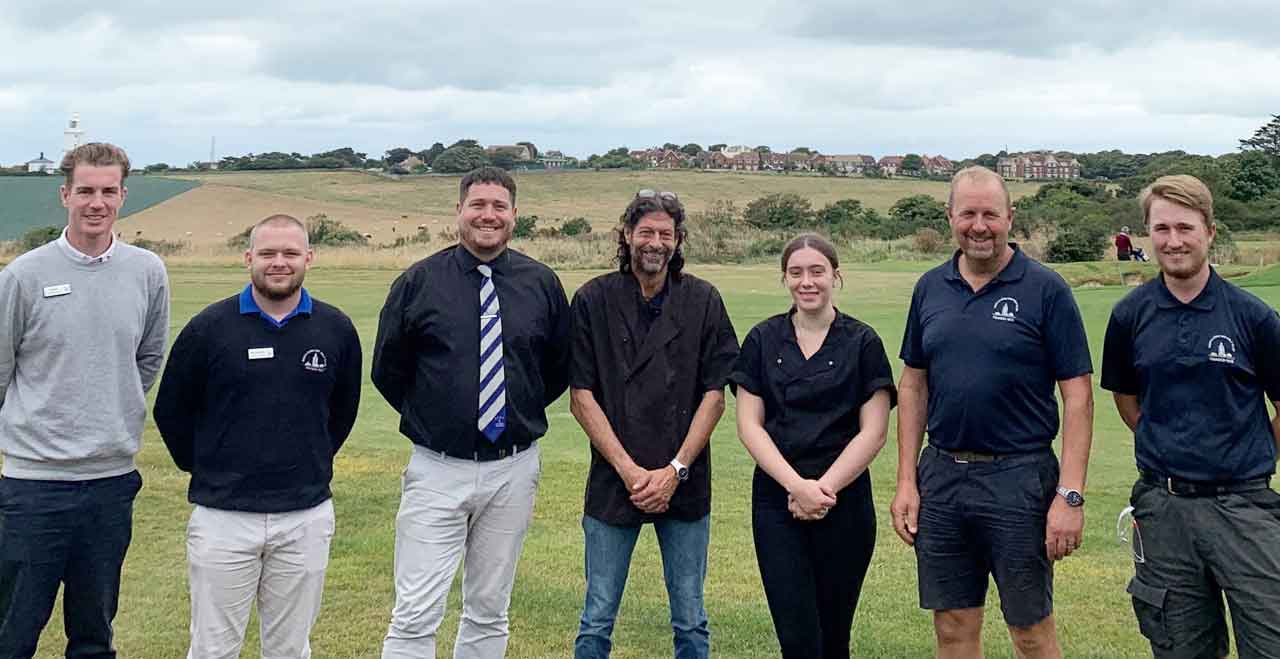 The future of North Foreland Golf Club looks to be in good hands after a new crop of ambitious young professionals were given their chance to shine through the government’s Kickstart scheme.

Three young employees have joined the team in Kent as part of the initiative, which has been set up to create jobs for 16 to 24-year-olds who are already on Universal Credit and are at risk of long-term unemployment.

The applicants were referred initially by their job centre work coach, with impressive candidates being given the opportunity to carve out a career at North Foreland in their chosen sector.

The Kickstart scheme has helped to boost the club’s resource in many areas of its day-to-day operation. Yasmin Mills, 20, has taken a position in the kitchen, while Max Harrington’s, 20, role in the golf operations team supports the smooth running of all green fee bookings, competitions, society days and charity days. Lastly, Stephan Read’s, 20, work with the greenkeeping team has continued the excellent standard and course conditions that the club is renowned for.

Chris Dowrick, general manager at North Foreland Golf Club, said: “We have been nothing but impressed by the hard work and effort that Max, Steve and Yasmin have shown since joining the team several months ago, and we are certain that they all have the chance to go on to great things.

“As most people know, both the golf and hospitality sectors have had some major challenges over the last 18 months, and it’s fair to say that the three of them have been a huge help to keep the business moving in the right direction throughout. This initiative is positive for both parties – a win-win for both the individual and the business.”

The club is also home to the Lighthouse Brasserie and Bar, where players and visitors can eat or drink with panoramic views of the English Channel, as well as providing an enjoyable working environment for future staff.