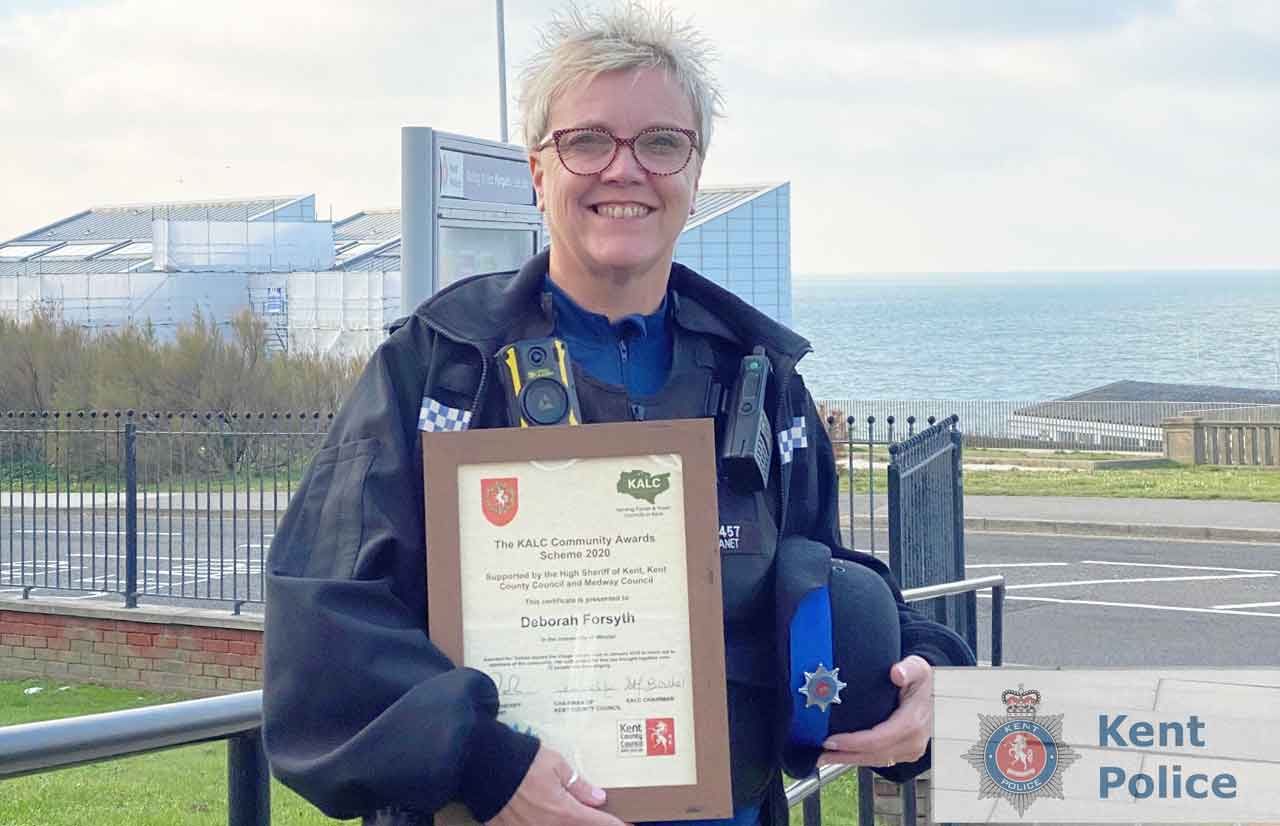 A Thanet PCSO who launched a choir to help tackle loneliness and a host of other issues has been commended for her work.

PCSO Deborah Forsyth was presented with an award as part of the Community Awards Scheme which is organised by the Kent Association of Local Councils and aims to recognise those that make a significant contribution to their local community.

The PCSO, whose work covers the rural Thanet villages including Minster, established a community choir known as Village Voices at the start of 2019 with the aim of bringing people together. The choir meets weekly at the Salvation Army Community Hall in Tothill Street in Minster and the rehearsals were even able to continue online during the pandemic. The online singing sessions became an important connection for those who were having to isolate or shield and unable to leave the house.

During the choir’s first rehearsal back together in person in September, PCSO Forsyth was able to receive her award after she was nominated in 2020 for her work in Minster and in establishing the choir.

PCSO Forsyth said: ‘It’s really lovely to know that the work you do as a PCSO is appreciated. The idea behind the choir was to bring the community together, give people a chance to lift their spirits through singing and, at the same time, if anyone has concerns about crime or an anti-social behaviour issue, or needs support in some other way, then they can talk to me.’

PCSO Forsyth and the singers of the Village Voices were back spreading cheer in the community on Saturday 30 October when they took part in a concert with other performers at the church of St Mary’s-in-Thanet to help raise funds for the Minster Clock Face Restoration Appeal. The concert raised over £900 towards the good cause.

Sergeant Paul Robson of Thanet Community Safety Unit said: ‘PCSO Forsyth’s dedication to the villages she has responsibility for is outstanding. A PCSO’s role is as much about supporting local residents as it is about crime prevention and detection. So it is no surprise the choir has attracted a membership of 70 people as she does go above and beyond in her duties to engage with the community and ensure they are safe.’