Unique Remembrance ceremony at Battle of Britain Memorial near Folkestone 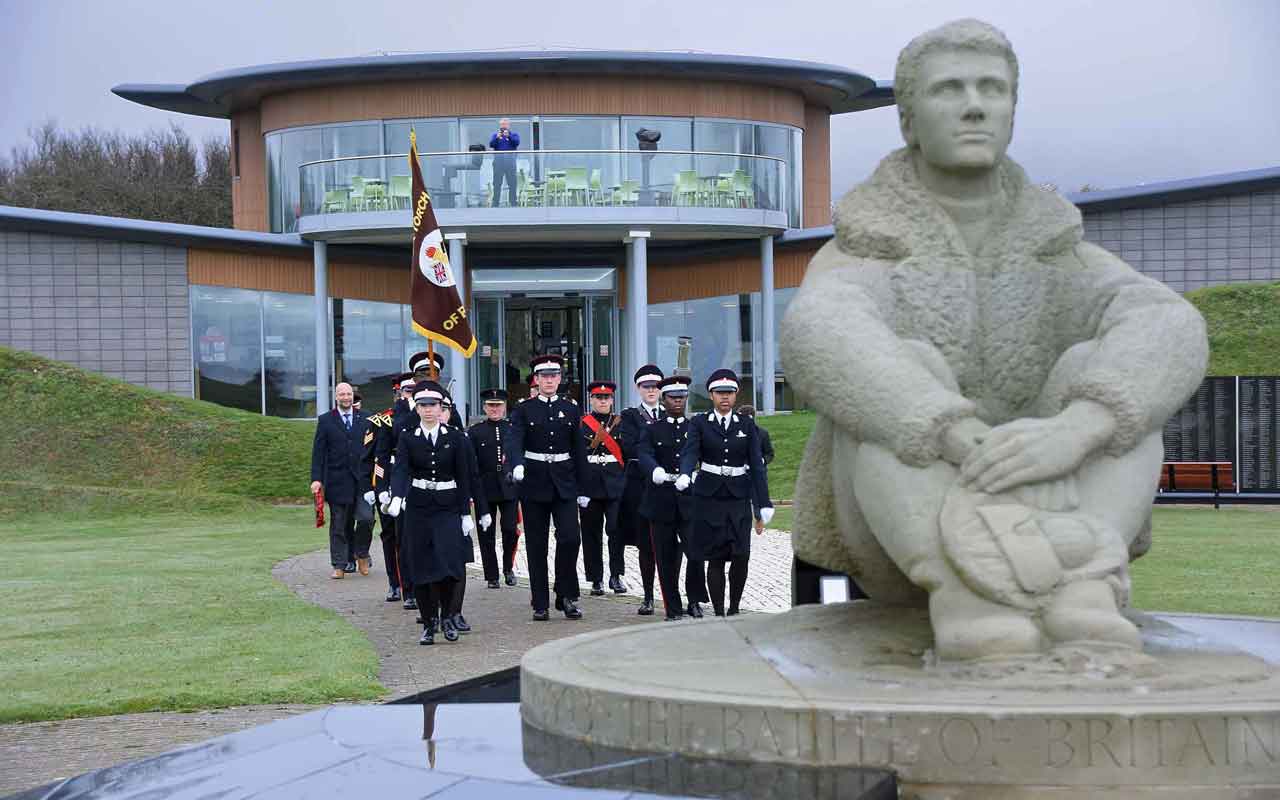 A moving ceremony at a clifftop memorial to the Few marked the first time a unique Act of Remembrance has been held in this country.

The British Torch of Remembrance has, since 1965, been taken on a pilgrimage to Belgium to remember those who have fallen in past world wars, but with Covid-19 still looming, The Duke of York’s Royal Military School this year brought the torch to the National Memorial to the Few at Capel-le-Ferne, Kent.

The school has been associated with the torch ceremony since 2008, and in 2016 staff and officers from the school were given the responsibility of organising the annual event.

With no ceremony in 2020 and restrictions still in place this year, the school asked the Battle of Britain Memorial Trust if it could move the Act of Remembrance, which included buglers playing the Last Post and wreath laying, to the Memorial.

Site manager Jules Gomez was on hand to welcome the Duke of York’s Principal, Alex Foreman, the Secretary of the British Torch of Remembrance, Andrew Nunn, and a smartly uniformed contingent of students to the clifftop site.

The school group had kindled the torch the previous day during a ceremony at Westminster Abbey before bringing it to the Memorial, replacing the usual pilgrimage to sites including the Menin Gate and the Tomb of the Unknown Soldier in Brussels.

From the Memorial the torch was taken to The Dover Patrol Memorial at St Margaret’s, Dover, and St Andrew’s Church, Buckland, near Dover.

The school’s Principal stressed the importance of the involvement of the students in the ceremony. Pupils in ceremonial uniform stand guard at the Tomb of the Unknown Warrior each year during a service to rekindle the torch led by the Dean of Westminster.

“We were privileged to welcome the school to the Memorial for this important occasion in their calendar and we were impressed by the smart turn out and moving ceremony,” said Jules Gomez. “The National Memorial to the Few makes an impressive focal point for Acts of Remembrance such as this.”