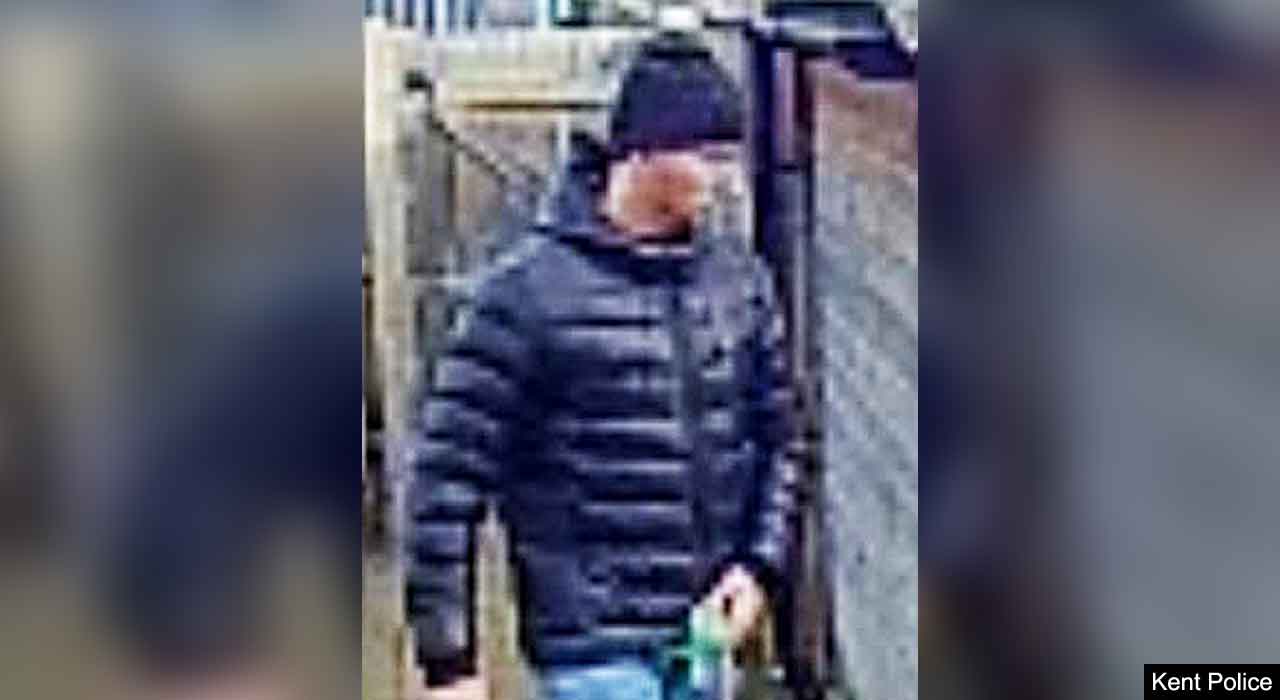 Detectives investigating a robbery in Ashford have released an image, shown above, of a person they want to talk to.

At around 9.55am on Sunday 14 November 2021, a man in his 30s was cycling in Newtown Road when it is reported he was assaulted by two men in an underpass.

The suspects are alleged to have struck the victim’s face with a heavy item in a carrier bag and then further assaulted him whilst on the ground.

They then stole his mountain bike, coat, wallet and mobile phone before leaving the scene. The bike was later recovered in Samuel Peto Way.

Detective Sergeant Tony Edwards said: ‘Investigators have been checking CCTV in the area following this incident and are now releasing an image of a man who may be able to assist us with our enquiries.
‘Anybody who recognises him is urged to call our appeal line at their earliest opportunity.’

Officers are also asking motorists with dashcam who were in the area at the time of the incident, and residents or businesses with privately held CCTV, to check for footage that may assist the investigation.

You can also call Crimestoppers anonymously on 0800 555111 or by completing the online form on their website.