Convoy of Kent Fire Engines make their way to Ukraine 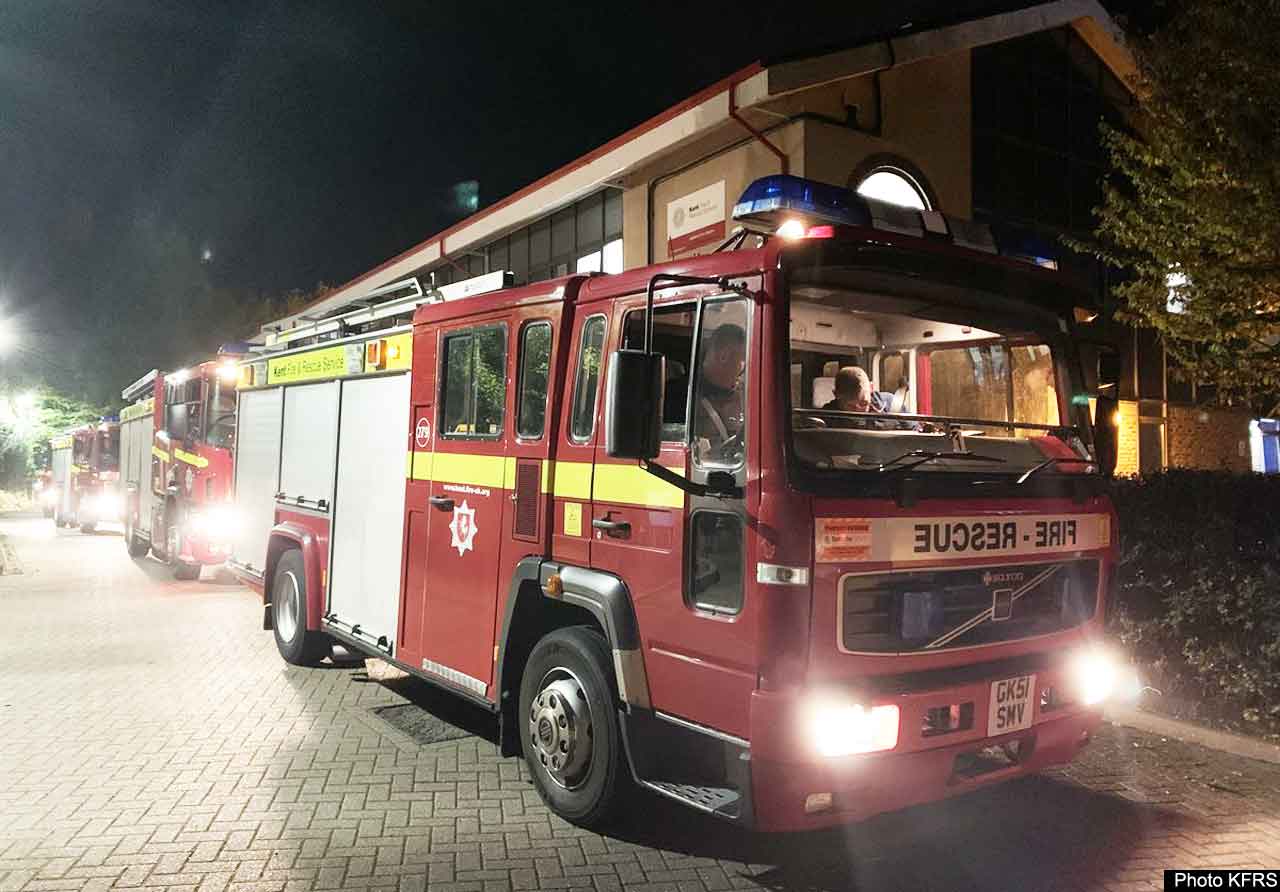 Six fire engines and 2,000 sets of personal protective equipment (PPE) have started their journey across Europe to Ukraine.

The decommissioned fire engines have been donated to Fire Aid by Kent Fire Rescue Service (KFRS), together with a vast array of equipment, including PPE donated by fire and rescue services from across the country.

KFRS Station Manager, Mike Pitney, said: “Last year, hundreds of Ukrainian firefighters worked for weeks to put out terrible bush and forest fires which swept through parts of the country.

“At one point, a total of 146 fires in the eastern region spread across 93 square kilometres, leaving the firefighters with little or no protection after their existing PPE was burned and damaged.”

Mike is no stranger to these types of missions and has been working with Fire Aid, a UK charity which provides donations of fire and rescue equipment to fire services in more than 50 countries worldwide.

Mike also helped to launch a Just Giving page, where family, friends and colleagues helped to raise over £1,500 to ship the redundant kit to the Ukrainian firefighters, which will help to keep them safe while saving lives and property.

Mike added: “I’d like to say a huge thank you to everyone who donated and to those who gave up their time to help stow equipment on the fire engines. Your efforts are hugely appreciated and will make a massive difference to our firefighting family in the Ukraine.”

The six fire engines, which are no longer in service in Kent, and a lorry convoy, containing another 1,000 sets of PPE, departed from Dover on Friday 12 November). They will be met in Amsterdam by drivers from the Ukraine, who will drive their ‘new’ fire engines and kit for the final part of the journey back home.