Driver stopped in Folkestone had £250,000 hidden in wheel arches

A man who attempted to take £250,000 out of the UK by hiding it in the wheel arches of his vehicle has been sentenced.

The National Crime Agency launched an investigation after Etmund Nikolla was stopped at the Channel Tunnel in January 2018.

His Mercedes Vito van was searched by Border Force officers and two wooden hides were found over his wheel arches. When opened, they were found to contain almost £250,000 which had been concealed underneath nappies. 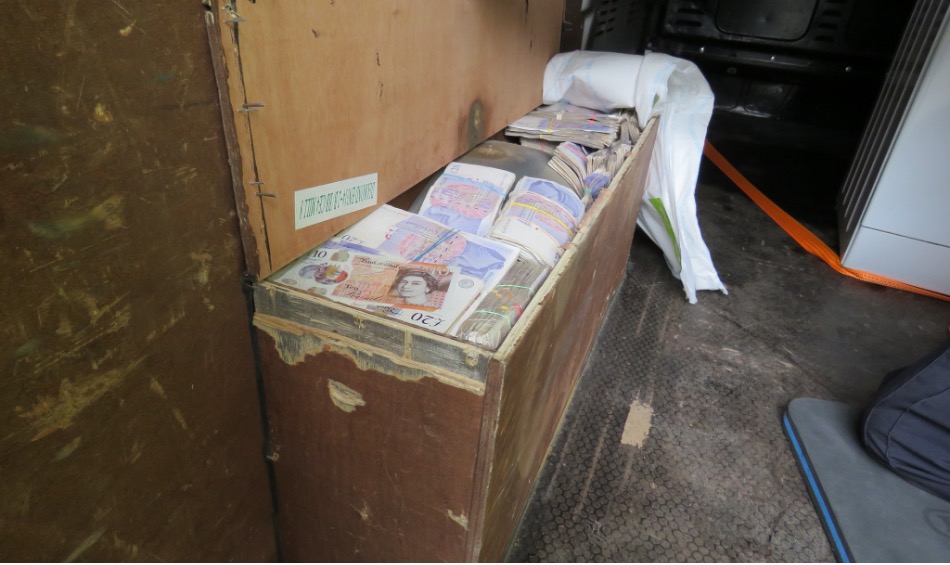 Nikolla denied any knowledge of the cash, claiming he was travelling to Italy to buy sports bikes.

However, fingerprints were found on both hides which matched Nikolla’s and he was charged with money laundering.

Nikolla was convicted after a trial in October and was sentenced to two years in prison at Maidstone Crown Court on 20 December.

The money was seized under the Proceeds of Crime Act.

Mark Howes, Branch Commander at the NCA, said: “Cash fuels organised crime and this amount would have been invested into further criminality.

“Couriers like Nikolla provide an essential service for organised criminals and removing these funds from the chain and jailing this money launderer will deal a huge blow for the people he was working for.