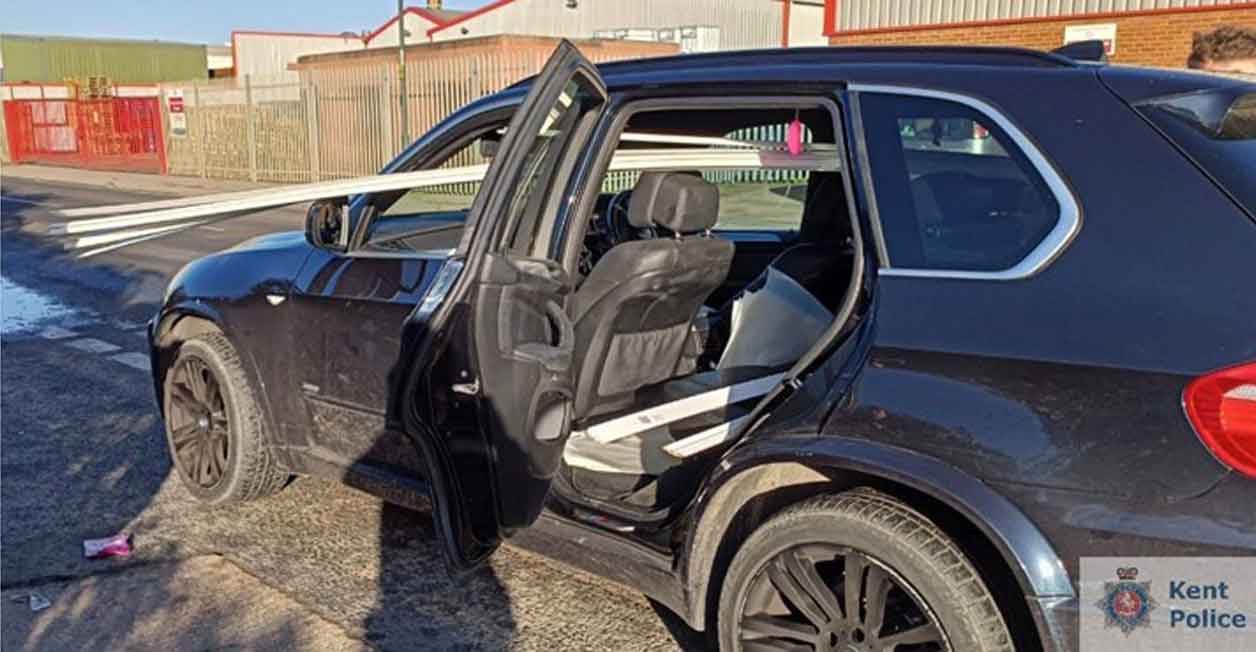 Skirting board protruding from the car Photo: Kent Police

Dangerously unsecured skirting board, sticking out of a passenger window has led to a motorist being prosecuted for driving offences.

The motorist was driving in Whitewall Road, Rochester, when patrolling officers saw the materials sticking out of the front passenger window at around 11am on 5 January 2022.

The officers stopped and picked up the materials, and spoke to the driver who was seen to be carrying several pieces of skirting board inside the vehicle.

The materials had been placed in the car, with one end of the materials protruding into the road.

Officers issued the driver, a man in his 30s from Chatham, with a Traffic Offence Report for using a vehicle on a road which could have caused injury due to the security of the load.

The vehicle was also seized after it was shown to be untaxed.

Police Sergeant Grant Steele of Kent Police’s Roads Safety Unit said: ‘This was an unacceptable way to carry the materials and posed a real danger to pedestrians, cyclists and motorcyclists which was evidenced when two of the items fell out of the car and into the road.

‘Motorists should ensure their vehicle is an adequate size to carry the materials they intend to and that loads are secured inside the vehicle adequately.’