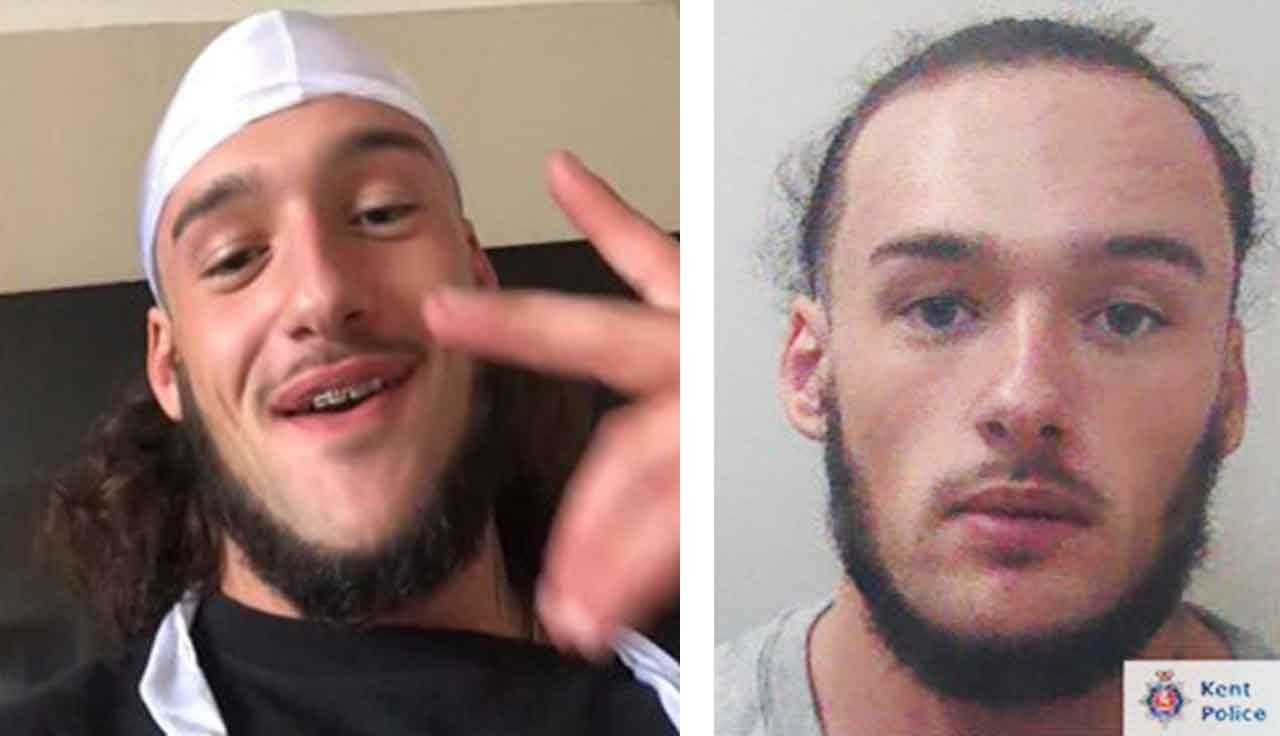 A murderer who stabbed a man in the head before attempting to dissolve his body in acid has been jailed for 23 years.

George Knights killed Stephen Chapman in Rochester in October 2020 and hid the body in a wheelie bin in an attempt to evade capture.

The 19-year-old, of Delce Road, Rochester, was sentenced at Maidstone Crown Court on Friday 7 January 2022 having previously been found guilty of murder following a three-week trial which concluded on Wednesday 9 June 2021.

An investigation by the Kent and Essex Serious Crime Directorate uncovered Knights killed Mr Chapman, who was 38, on the night of Friday 23 October, at some point after 8.40pm.

Both parties were known to each other and a review of both of their phones showed Mr Chapman had agreed to meet Knights on the Friday, to discuss the sale of cocaine. He was not seen alive again.

The victim was reported missing the next day, and a missing person’s enquiry was launched by Kent Police. On the Saturday afternoon, officers established Knights was one of the last people to meet with Mr Chapman and spoke with him on the phone.

During the conversation, Knights claimed he collected drugs from Mr Chapman during a brief encounter. He also said he would never hurt him and that the victim could have easily met someone else after they met. Knights was also reluctant to confirm his details, but did eventually provide officers with his name and address.

Convicted murderer speaks with Kent Police over the phone.

Knights’ offending was uncovered on the Sunday, after he phoned Kent Police to report a group of people were attempting to break into the property he was living at.

The group of people were in fact people looking for Mr Chapman, who attended the address due to concerns they had for his wellbeing. They contacted Kent Police after they saw Knights run from the property.

Officers attended and found various items including blood-stained clothing, a significant quantity of class A and B drugs and Mr Chapman’s iPhone and bank card.

Knights was found at a property in Parrs Head Mews and was initially arrested on suspicion of drug offences. He was unable to account for the drugs and blood-stained clothing.

Officers continued to search the address and located a wheelie bin, which belonged to a different address, in the conservatory. Mr Chapman’s body was found inside, with four empty bottles of sulphuric acid located nearby.

In light of the discovery, Knights was additionally arrested on suspicion of murder.

Despite his efforts to dispose of the victim’s body, investigating officers’ enquiries were not hindered as they were able to use recent breakthroughs in forensic technology to carry out a thorough post-mortem.

Further enquiries led to officers uncovering CCTV of Knights collecting a wheelie bin from Foord Street on the Friday evening and taking it back to his address.

Different CCTV footage captured Knights walking to an associate’s address after the murder had taken place.

A video on Knights’ phone showed him at the party with a package of cocaine in the background. At the party he also bragged that he had killed someone.

In the week leading up to the murder, Knights also had a tattoo with a snake wrapped around a knife, similar to the murder weapon, etched onto his neck.

The phone call that led to a murderer’s arrest.

Detective Superintendent Gavin Moss, the senior investigating officer for the case, said: ‘Throughout this case Knights has shown no remorse or empathy for his actions.

‘He is a callous killer who robbed Stephen Chapman of his life, and on top of this his attempt to dispose of the body deprived Mr Chapman’s family of an opportunity to see him for a final time.

‘He prevented Mr Chapman from having a future with his family and put them through the ordeal of a trial.

‘He has been devoid of human emotion throughout this case and is a clear and obvious danger to the public.

‘I’m pleased our investigation has led to his conviction. Knights offending has had a significant impact on his family and nothing will undo this harm but I hope that today’s sentencing can offer them a form of closure from this result.’