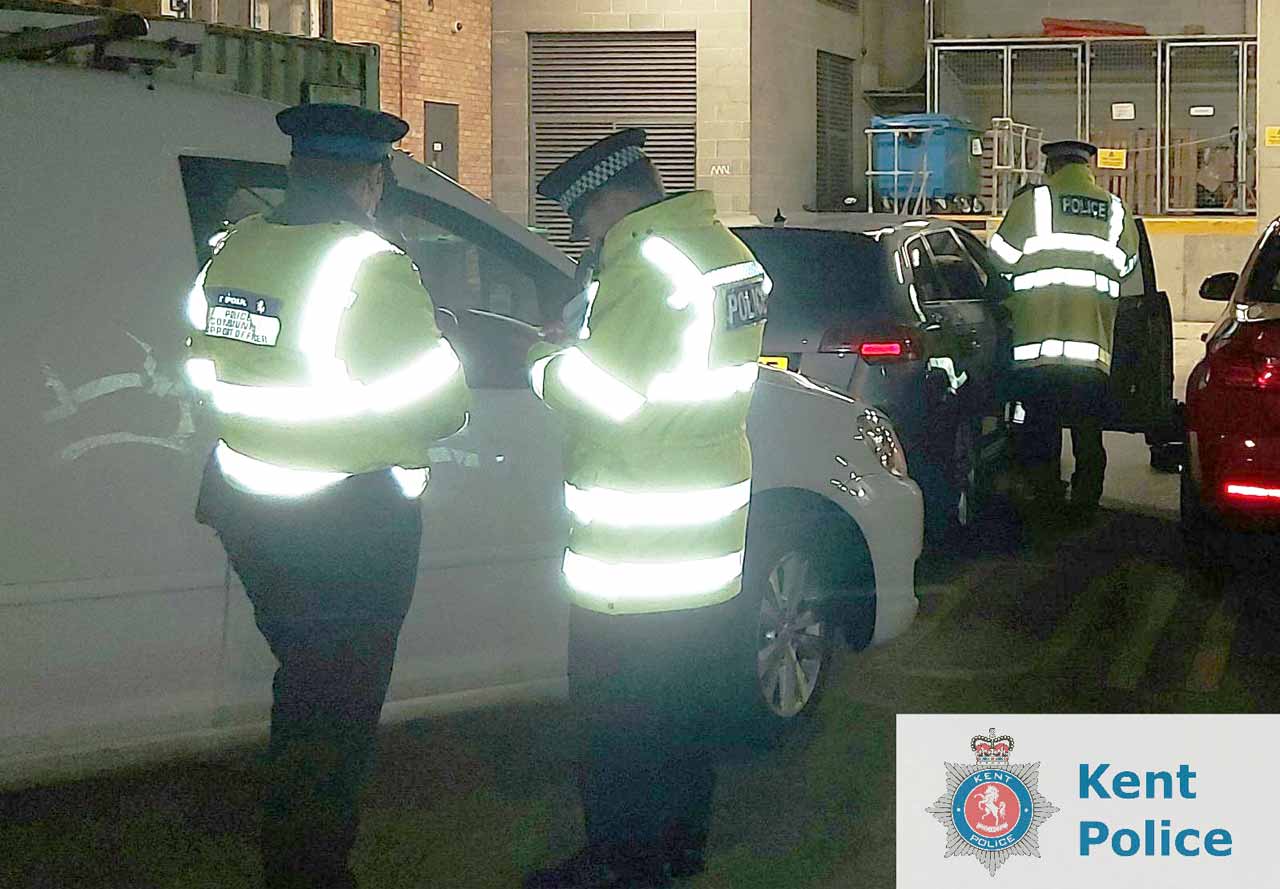 Police out in force

Around half of the motorists stopped as part of a road safety initiative in Folkestone were issued with tickets.

On Saturday 15 January 2022 members of the Special Constabulary teamed up with the Community Safety Unit to conduct road safety checks across the town. Amongst other things the officers were on the lookout for defective vehicles, motorists using their phone at the wheel and those driving without insurance.

Throughout the shift 67 motorists were stopped with 32 being issued with a ticket. Offences ranged from overly tinted windows which obscured the vision of the driver to driving a vehicle so defective it was considered a danger to others.

In addition to the tickets one car was seized for being untaxed and a further two taken off the road for failing to have insurance.

Special Sergeant James Johnston said: ‘Whilst it is encouraging that we were effective in targeting which motorists to stop, it is alarming how many were driving vehicles that were defective and posed a serious risk to other road users.

‘The vast majority of people do the right thing and invest their hard-earned money into making sure their vehicle is road worthy. They also take the time to complete the necessary safety checks on a regular basis, keeping their tyres inflated and checking for wear – in doing so they are helping create a safer road network for all.

‘We will continue to conduct similar operations in the future and ask people to check their vehicles are roadworthy and that they have the necessary documentation to use them legally.’