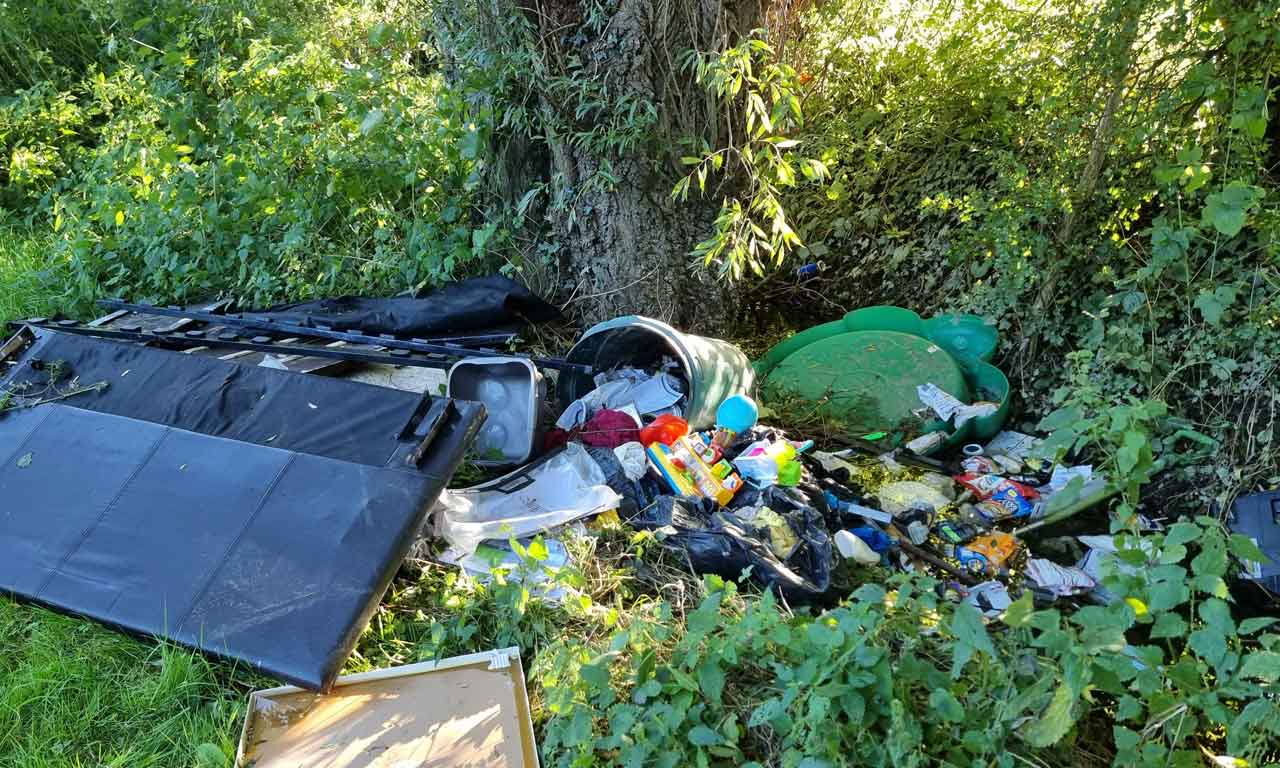 Ashford’s Environmental Enforcement Team continues to clamp down on fly-tipping across the borough – this week two local residents have been hit with £400 Fixed Penalty Notices after being tracked down by the team.

Both householders admitted allegations of failure in duty to ensure that any transfer by them of household waste was only to an authorised person for transport contrary to section 34(6) of the Environmental Protection Act 1990.

In the first case, officers investigated a case of fly-tipping along Cheesman’s Green Lane Kingsnorth where a number of black sacks and other waste items had been dumped in a rural layby. They combed through the waste and evidence was found relating to a female living a mile away.

During an interview under caution she declared that she had held a house party and rubbish from the party was given to her friends believing that they would dispose of the bags at their home address. Instead the bags were dumped nearby.

The resident was issued with a £400 Fixed Penalty Notice for failing in her Householders Duty of Care. If the FPN is paid within 10 days the fine is reduced to £300. The woman declined to provide details of the friends to the investigating officers.

In a second case, in October 2021 council officers investigated a fly-tip of household items and waste that had been dumped on a farmer’s private land along Romden Road in Smarden. Evidence was found linking the rubbish to an address in Ashford.

Investigations were conducted and two residents of the house were interviewed under caution. Both confirmed the waste was theirs. The main householder declared that he arranged the removal of the waste and that he was approached by unknown men in a white Ford tipper truck carrying out door to door enquires offering waste removal services.

The resident paid £150 for the removal of their domestic waste and scrap metal. Although the householder was passed a receipt they failed to carry out the correct checks to ensure the waste collectors were official and held an Environment Agency waste carriers license, and if they held an authorised Ashford Borough Council Scrap Metal collectors licence.

Neither licenses were shown at the time of collection by the men in the tipper truck. The rubbish ended up being dumped 16 miles away. The waste then had to be cleared at an expense to the land owner.

For failing in their Householders Duty of Care the main householder was issued with a £400 Fixed Penalty Notice. Again if this is paid within 10 days it will be reduced to £300. Investigations are continuing to track down the two men in the white Ford tipper truck.

The council’s new Environmental Enforcement Team has clamped down on illegal fly-tipping right across the borough, handing out fines totalling more than £6,000 to a dozen offenders within six months of starting work.

Householders or small businesses found to be using these rogues to dispose of their waste can be prosecuted by Ashford Borough Council, with FPNs of up to £400 per offence. Failure to pay may result in court action. If using a commercial service, you should check whether someone is licensed to carry waste by calling the Environment Agency on 03708 506506 or visit their website at:

It also helps if householders receive a written receipt or transfer note, including contact details, description of waste removed and details of where the waste is being taken to