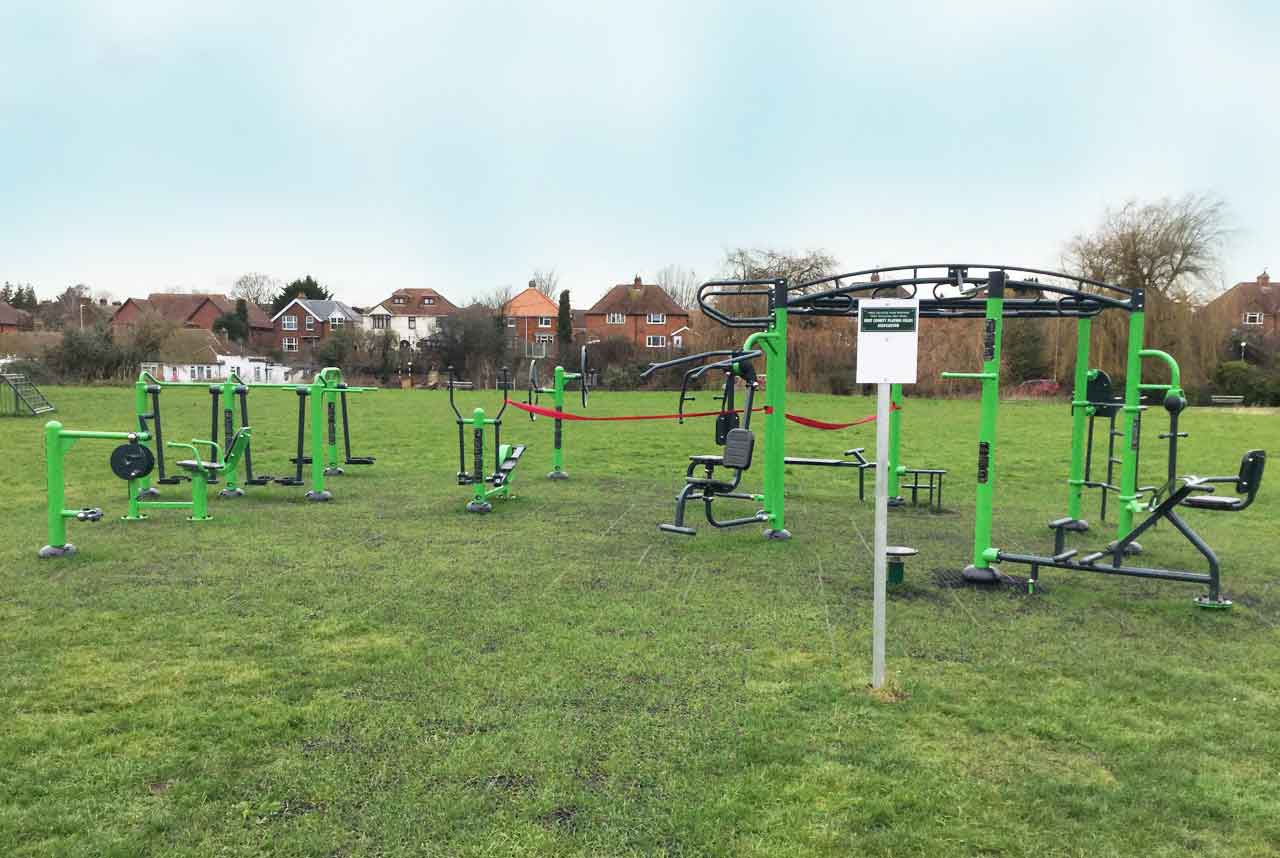 A new outdoor green gym at Kingsmead Field is bringing the community together and helping people to get fitter at the same time.

The facilities, which were officially opened last Thursday (10 February), include various pieces of gym equipment to work those muscles and get the blood pumping, supplied by equipment company Fresh Air Fitness.

Guests at the launch of the green gym at Kingsmead Field

The £20,000 project has been funded by Canterbury City Council, the Friends of Kingsmead Field, the Kent County Playing Fields Association and former Kent county councillor Graham Gibbens using part of his member’s grant.

It is one of a number of improvements to Kingsmead Field over the last few years, which also include a children’s play area, picnic tables and benches, paths around the field and cycle racks.

The city council’s lead councillor for open spaces, Cllr Ashley Clark, said: “This is another successful project delivered on the field in partnership with the Friends group. Our working relationship with them continues to go from strength to strength, as it does with so many similar groups we have across the district to help look after our open spaces.

“Well done to all involved in turning an idea first mooted some time ago into reality. We hope it provides many years of enjoyment to come.”

Sian Pettman from the Friends of Kingsmead Field said: “We were delighted that so many people joined us for the official opening of the green gym last Thursday, including representatives of the organisations that funded it – Rebecca Booth from Canterbury City Council, Paul Peacock from the Kent County Playing Fields Association and former Kent county councillor Graham Gibbens. They were all thrilled to see how popular it is proving to be.

“The green gym is a fantastic resource for the local community which will encourage even more people to engage in active recreation on the field.”