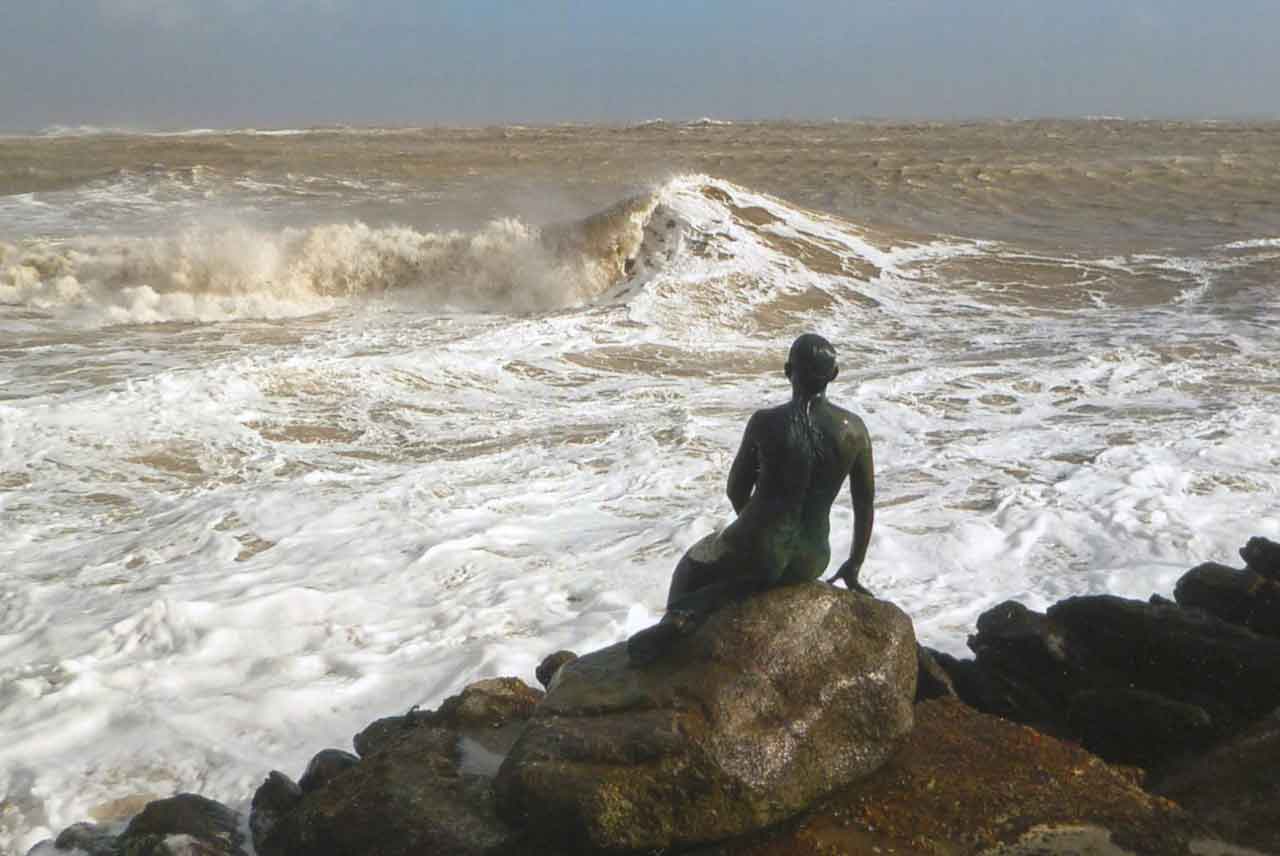 The Folkestone Mermaid stands up to Eunice! Photo: Ray Duff

Words and Pictures by Ray Duff

As one of the strongest storms to hit Britain in recent years, many people still braved the elements in Folkestone including your intrepid reporter/photographer to experience Storm Eunice first hand.

A number of hardy souls took photographs and watched the mountainous seas roiling along the coasts and crashing into the sea walls.

Elsewhere across the south, sadly people have been hurt as vehicles have been blown over, buildings damaged, shops closed, bus and train services cancelled and numerous trees blown down causing damage and blocked roads.

At The Needles on the Isle of Wight, a gust of 122 mph has been recorded which is provisionally the highest ever recorded in Britain.

The Met Office continues with its Red Warning. This may in fact be the worst storm to hit us in 30 years.

The effects of the storm may linger into the weekend as clean ups begin and public transport may continue to be affected.

I have just heard the number 16 bus between Folkestone and Canterbury may not run tomorrow unless roads cleared. I would advise people who use that particular route check on Saturday morning.