‘No excuses’ as Ashford continues war on fly-tippers 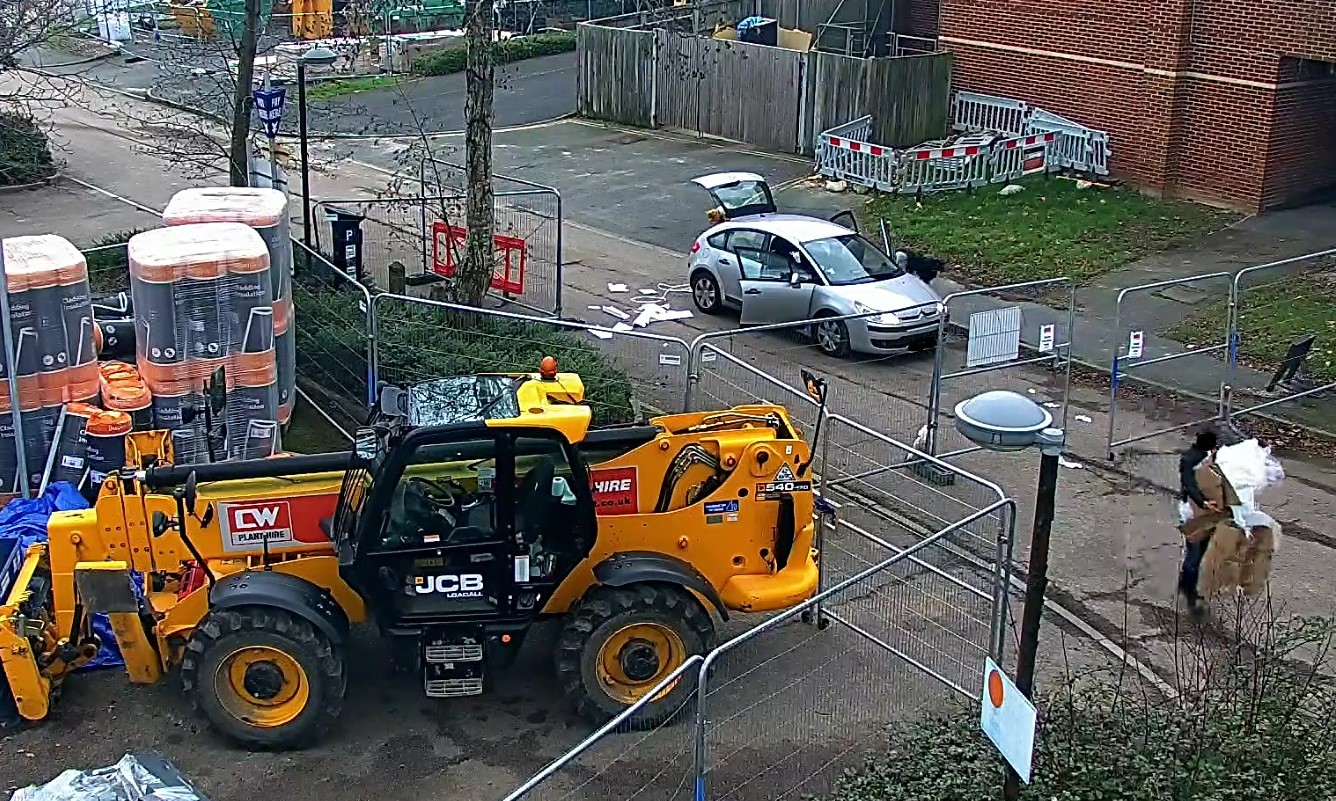 Driver, bottom-right leaves his car with armfuls of rubbish

After a number of successful recent cases, Ashford’s Environmental Enforcement Team is stepping up its tough approach to fly-tipping across the borough. The team has announced that another three people have been hit with Fixed Penalty Notices.

Ashford Borough Council takes the illegal dumping of waste very seriously and will issue fines against offenders and car owners involved in fly-tipping. Householders have a Duty of Care to ensure that they dispose of their household waste correctly. If you have bulk rubbish this can be disposed of at the local recycling centre or by arranging bulk collection services provided by Biffa. If you are caught fly-tipping using a vehicle then the registered keeper is liable and fines will be served.

Case 1: “Well you have to book a slot” moans driver caught red handed on CCTV

A £400 Fixed Penalty Notice has been served on the registered keeper of a vehicle that was captured on a local company’s CCTV camera dumping a large waste item near the company’s commercial waste bin. The business owner told the team that he was fed up with cars pulling into the private car park at the rear of his business and drivers dumping waste near his bin, so he installed a CCTV camera to deter offenders.

At the end of January the CCTV captured a vehicle driving into the car park and stopping besides the bin. The elderly driver is then seen removing a large bag of waste and dumps it at the side of the bin before driving away. At no time was any attempt made by the driver to return and retrieve the waste. Enforcement officers investigated and the registered keeper of the car was invited to attend an interview under caution.

During the interview the driver confirmed that he was the registered keeper of the car and it was him on the CCTV footage. He was asked why he failed in his Duty of Care to ensure that he disposes of his household waste correctly, such as using Ashford recycling centre.

He replied: “Well you have to book a slot.” He also claimed he thought the bin belonged to the council even though it was clearly marked as belonging to a non-council waste collection service.

The driver was tracked down and interviewed under caution when he admitted that it was his car and himself on the CCTV. He told officers he thought that the construction site behind the centre was a waste recycling site. He was issued with a £400 Fixed Penalty Notice.

In a third case, the enforcement team, working with Kent Police Rural Task Force officers, issued a £300 Fixed Penalty Notice to the driver of a HGV that was used in the collection of large amounts of waste. The driver of the vehicle failed to produce his Environment Agency Waste Carriers licence, telling officers that he was “doing work for a friend as a favour”.

Ashford’s Environment Enforcement Team carry out regular joint operational patrols with Kent Police and will take the necessary enforcement action against all rogue waste carrier operators. In recent months a number of these joint operations have been conducted, resulting in 10 Fixed Penalty Notices being issued against offenders.

Many of the leads that end with offenders being caught come from residents alerting the team to fly-tipping incidents by using the Report It page on the council’s website – see https://www.ashford.gov.uk/environmental-concerns/report-a-street-issue/fly-tipping/

Householders or small businesses found to be using these rogues to dispose of their waste can be prosecuted by Ashford Borough Council, with FPNs of up to £400 per offence. Failure to pay may result in court action. If using a commercial service, you should check whether someone is licensed to carry waste by calling the Environment Agency on 03708 506506 or visit their website at: