Seize the Ships! chants at protest against P&O sackings in Dover 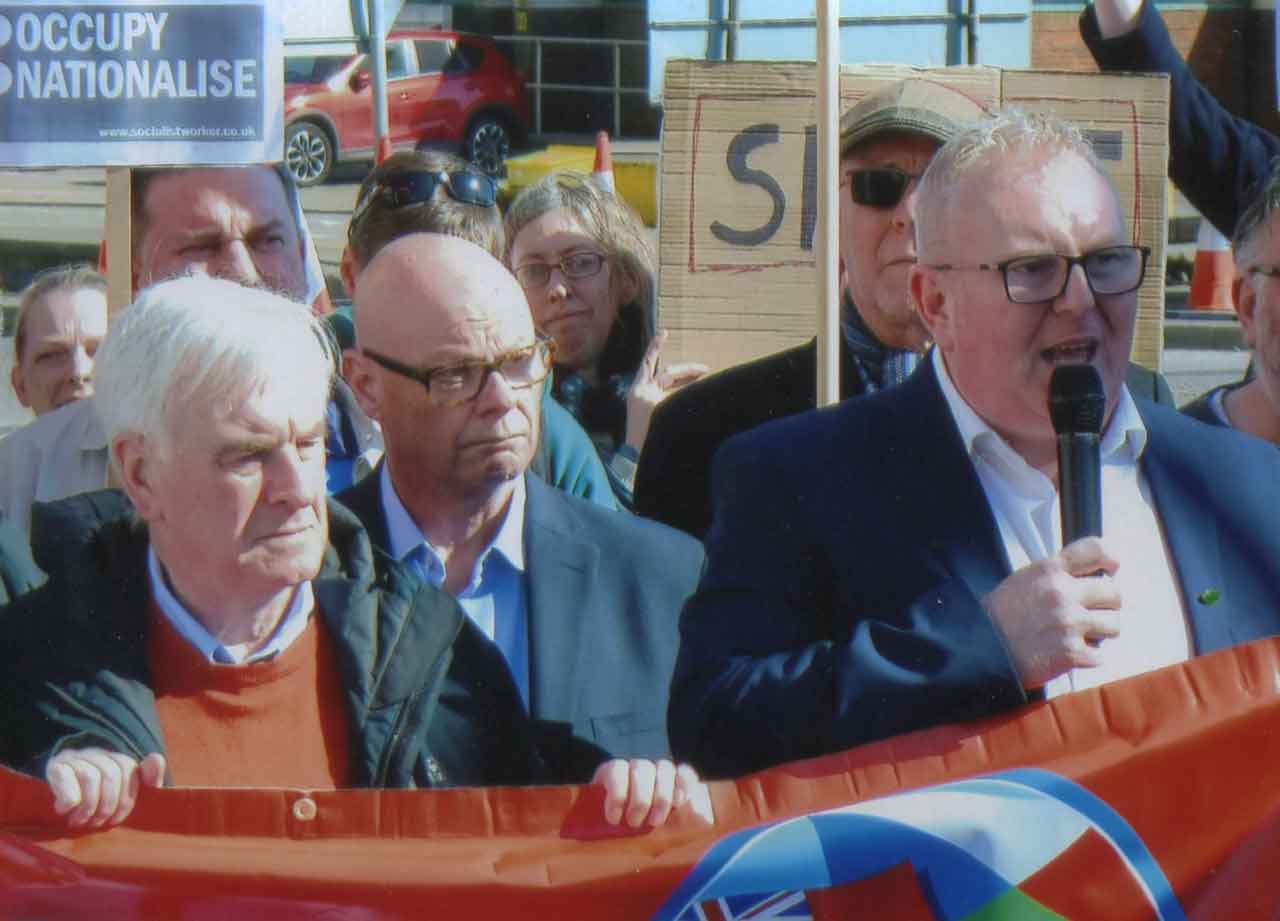 Words and photos by Ray Duff

The first of what may be many protests over the sudden announcement by P&O ferries to sack 800 crews across the UK took place in Dover on Friday midday.

The Company had claimed that replacing their crews with cheaper agency workers was the only way to save the service after the pandemic had cost the, they said, £100 million in loses a year.

The way in which this was done, by a Zoom video link in the main, was condemned across the political spectrum almost immediately both locally and nationally.

On Friday, hundreds of sacked crew members and supporters gathered in Snargate Street to march to Dover’s Eastern Docks in almost full view of the three ferries berthed, unused, on the Admiralty Pier, Western Docks; and with nearly all cars and lorries which were passing tooting their support.

On the march their were many shouts and chants in support and especially calling for re-instatement and “Seize the Ships”.

Among those leading the march were John McDonal MP, former Labour Shadow Chancellor, Dover MP, Natalie Elphicke and many trade union leaders. Upon arrival outside the Eastern Docks there were numerous speeches in solidarity and voicing their outrage at P&O’s actions.

Among those calling for emergency legislation in Parliament on Monday to re-instate the crews, seize the ships, and to force the company to get round the negotiating table were Mark Dickenson, Nautilus Union; Reece McCarthy, Unite; Mick Lynch, RMT; Steve Gillan, Prison officers; Matt Wrack Fire Brigades; and many others including the Actors Union.

All voiced their support, speaking against the use of hire & fire policies, which if P&O were successful, would affect every worker in Britain.

They also related how the demo was taking place at the same time as those in Liverpool, Larne, Hull.

Many messages of support were received from dockers and crews around the world including from France, Belgium, Holland, Ireland, Canada, Australia and from across the UK.

The protesters then made their way to P&O’s Dover headquarters and others were joining another outside the company’s UK HQ in London later in the day.