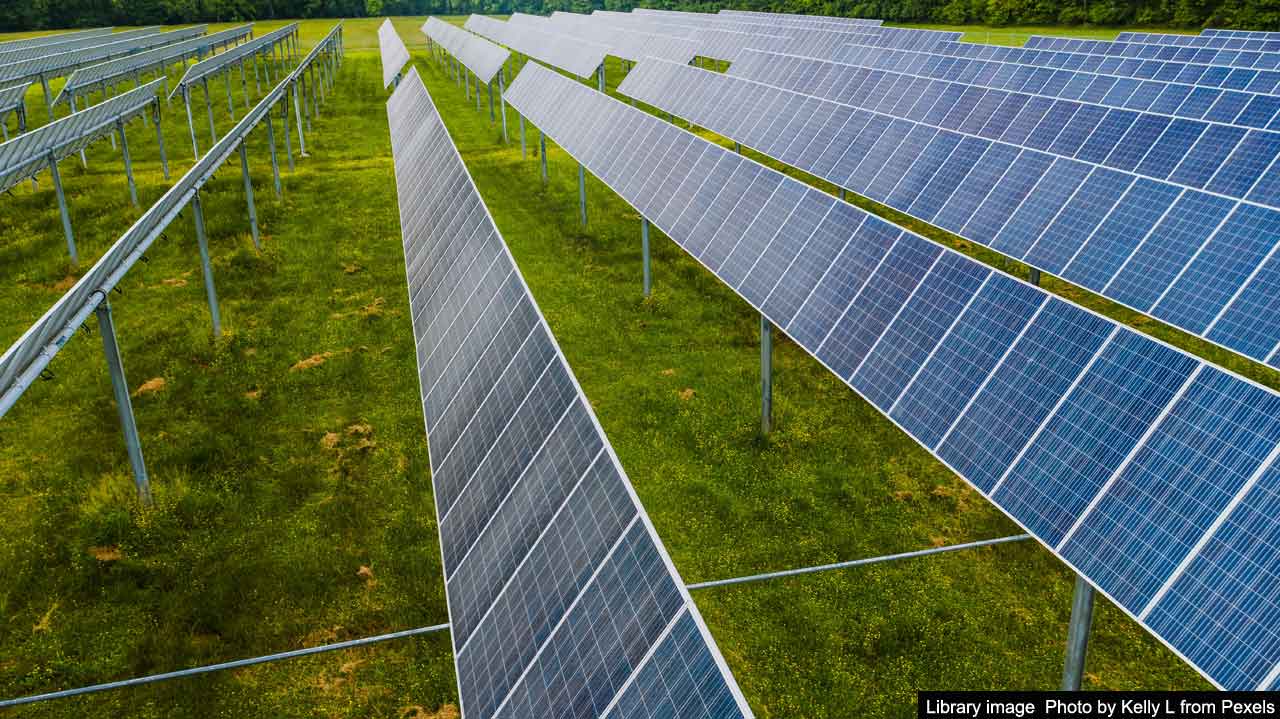 Evolution Power will be carrying out a non-statutory consultation from 25 March to 29 April 2022 to seek views on its plans to develop a renewable energy generating project, including solar photovoltaic arrays and on-site energy storage, together with associated infrastructure and an underground cable connection, on land at Aldington near Ashford in Kent, to be known as Stonestreet Green Solar.

Once operational, Stonestreet Green Solar will export up to 99.9 megawatts (MW) of clean, renewable electricity, which is enough to power around 48,000 UK homes, while reducing the need for fossil fuels and contributing to the UK’s 2050 net zero target.

As the proposed generating capacity exceeds 50MW, Stonestreet Green Solar is classified as a Nationally Significant Infrastructure Project and Evolution Power must therefore apply for a Development Consent Order (DCO) through the Planning Act 2008 process.

Details about the project are available at https://www.stonestreetgreensolar.co.uk and an information leaflet is being delivered to homes and businesses near the site.

In addition, a series of local information events will be held as part of Evolution Power’s non-statutory consultation to provide the local community with the opportunity to find out more about the proposals for Stonestreet Green Solar. Members of the project development team will be available to discuss details of the proposals and answer any questions the public may have regarding the project.

The local information events will take place at the following locations:

During the lifetime of the project, biodiversity on the site will be significantly increased and the soil condition will be improved. Public access to the land will remain and/or be enhanced and the lack of farming on the site will encourage new flora and fauna to flourish, while it continues to be grazed by sheep.

A biodiversity scheme will be prepared to include protecting existing habitats and creating new habitats to benefit local wildlife, protecting and enhancing existing hedgerows, installing bird and bat boxes on the site, and sowing wildflower meadows.

Giles Frampton, Director, Evolution Power, said: “If approved, Stonestreet Green Solar would make a significant contribution to the UK’s renewable energy generating capacity, saving around 37,000 tonnes of CO2 each year. The project would generate subsidy-free electricity, without public financial support and, as solar is the cheapest form of electricity generation worldwide, it would also help to reduce national power prices and provide security to the UK’s energy supply, reducing our reliance on energy imports and fossil fuels.

The DCO process is rigorous and involves significant community consultation. Local people have a vital role to play at the pre-application stage and we are encouraging the local community to give their views, which will help to inform the development of our proposals. We will use the feedback that we receive during the consultation to help us develop our final proposals for Stonestreet Green Solar before submitting our DCO application.”

Evolution Power has published a Statement of Community Consultation (SoCC) which explains how it intends to consult with the local community on its proposals for Stonestreet Green Solar. The SoCC has been prepared in accordance with Section 47 of the Planning Act 2008 and can be viewed free of charge here: www.stonestreetgreensolar.co.uk/Consultation

A further round of consultation will be undertaken later in the year as part of the statutory DCO pre-application process.