Encounters between science and the sacred in Folkestone 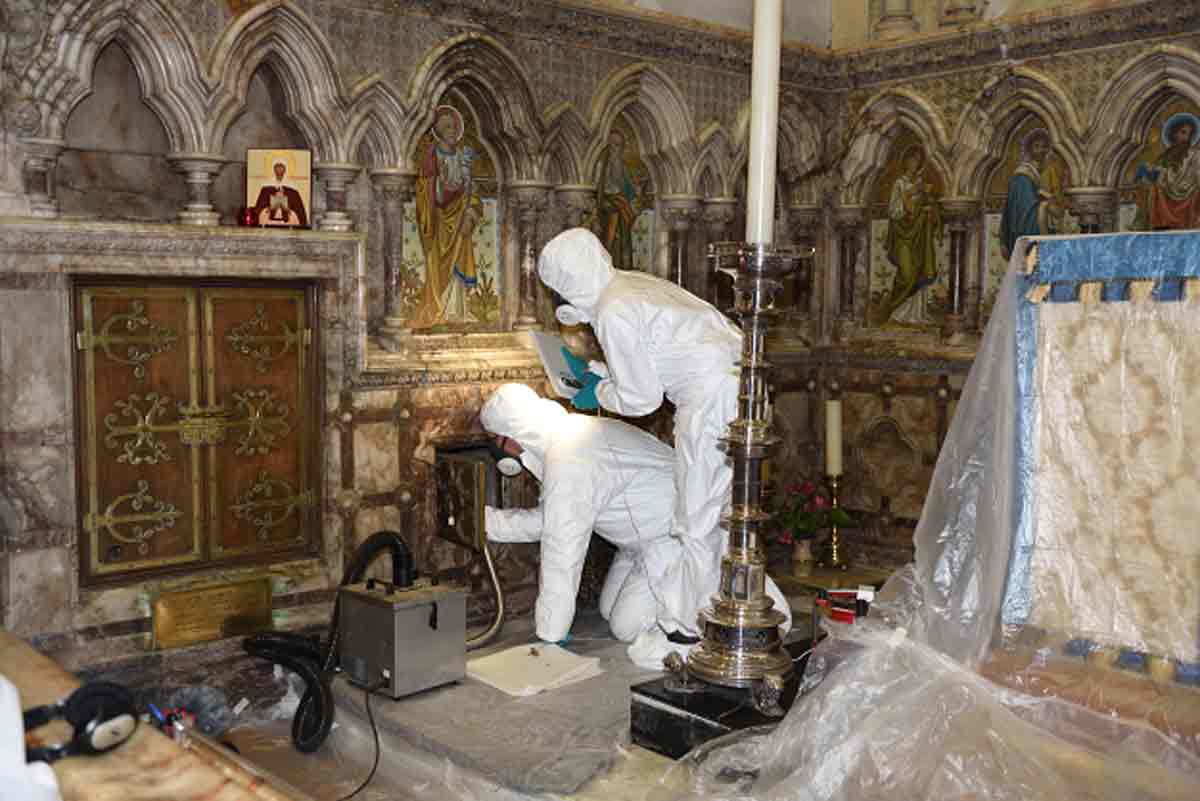 Over three cold days in January 2020, Kent archaeological and history experts, working with Queen’s University in Belfast confirmed that human remains kept in a Church in Folkestone were almost certainly those of St Eanswythe.

Now people are being invited to learn more about how science and the sacred collided in the investigation of those relics at a special evening hosted by the Church where it all took place.

Three Days in January will take place at the Church of St Mary and St Eanswythe in Folkestone on Saturday 9 April at 6:30pm. All are welcome to attend, and there will also be additional events in Kingston (21 May), Canterbury (11 June) and Brenzett (23 July)

Dover: date to be confirmed

Rev Lesley Hardy, Co-director of the Three Days in January project said: “We want to ask why and how, in ‘an age of science’, ancient and holy places and objects still matter so much to us”

Eanswythe is the Patron Saint of Folkestone. She was an Anglo-Saxon, Kentish Royal Saint and granddaughter of Ethelbert, the first English king to convert to Christianity under Augustine. St Eanswythe is believed to have founded one of the earliest monastic communities in England, most likely around AD 660 on the Bayle – the overlooked historic centre of Folkestone. She is thought to have died in her late teens or early 20s – though currently the cause of her death is unknown.

These relics mark the period that saw the very beginning of Christianity in England – and signify a continuous Christian witness in Folkestone that stretches from her life to the present day. Eanswythe’s remains might well have been destroyed in the Reformation (along with those of her contemporaries), had they not been hidden away in the north wall of the Church of St Mary & St Eanswythe, where they were discovered in 1885. Find out more about the discovery and verification of the bones.

Three Days in January is a ‘Scientists in Congregations’ project funded by ECLAS (Equipping Christian Leadership in an Age of Science). The ECLAS programme is led from St John’s College, Durham University in partnership with the University of York and the Church of England.