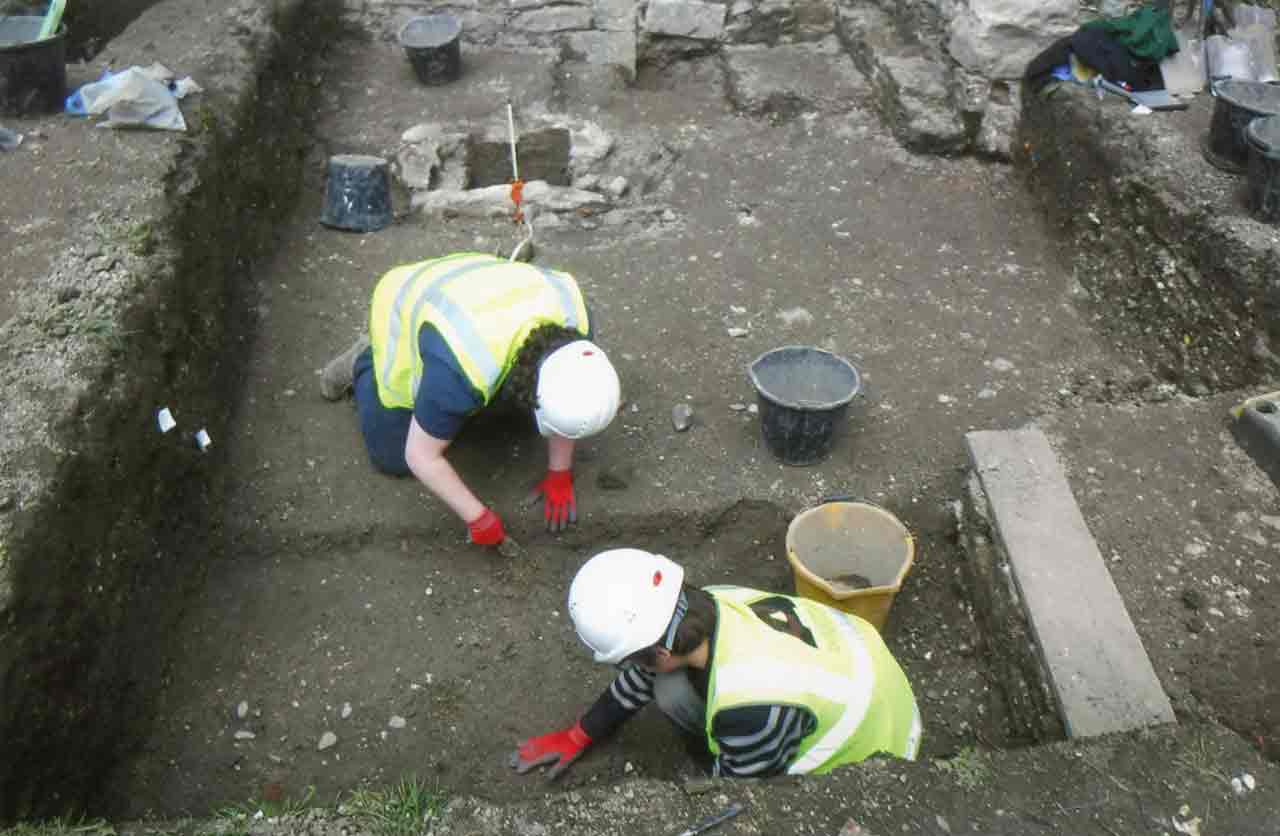 Two enthusiastic young archaeologists get to work on the site Photo: Ray Duff

Words and photos by Ray Duff – The first of three archaeology excavations during the current work in and around Dover’s historic Maison Dieu in the centre of the town has turned up some head-scratching finds for the team.

The dig is part of the ongoing restoration program going on within the Maison Dieu itself.

It attracted many visitors of all ages to learn about it and there were children activities related to archaeology alongside.

The excavation was to examine part of the lower east wall of the originally 12th -13thC structure but which has been greatly expanded throughout subsequent centuries up until the late 19th century both internally and externally.

The section was outside the former jail and at some point previously a ‘mezzanine floor’ had been added to the building with some sort of exterior building put in place. However the dating of this remains difficult at present but likely later medieval.

Later still this outer building was demolished leaving only traces on the side buttresses and the medieval doorway blocked off.

There are small signs of other remains of odd structures also including what may be a drain but its actual purpose remains to be determined.

It also seems that everything apart form just one short section of walling had been completely removed leaving only an earthen surface.

It has mostly been within the earthen surfaces that the Victorian materials have been found dropped as people have passed by; and a few pieces of earlier stonework.

The excavations though were still useful as it helps put together more of the jigsaw of the history of this fascinating building.

The excavations are being carried out by Canterbury Archaeology Trust and Dover Archaeology Group with assistance from White Cliffs Countryside project and as part of the overall Maison Dieu Conservation project.

There are two further excavations due in July and September.