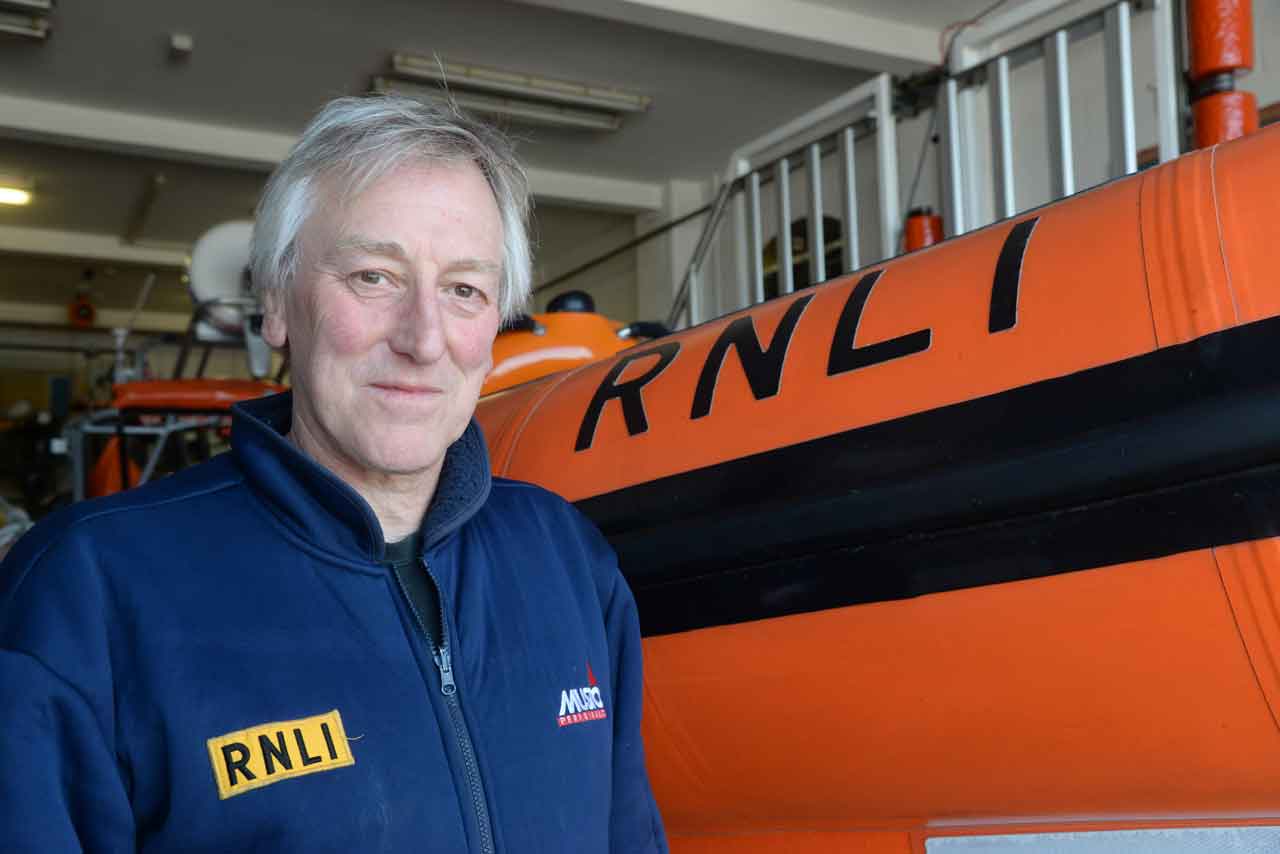 Whitstable lifeboat Helmsman Dave Parry has passed another milestone in his time with the station by chalking up 30 years’ of service with the RNLI.

Dave, who started at the station in January 1992 said: “I’d been living in Whitstable for a year or so. I was out angling one day on my boat and saw the lifeboat launch, so I thought I would enquire about joining the station as a shore helper, not expecting to get on the boat.

“However the station was short of boat personnel, and I was asked if I would consider becoming sea-going crew. I started training, and in July 1992 I was made up to a full crewmember.

“After 6 years as crew, I was appointed as a helmsman in 1998, and have also acted as launching tractor driver and boat mechanic.

“Over the years I have been on numerous calls, one of the most memorable being in 2000 when in a Force 9 gale I was helm for the first time on the station’s then new Atlantic 75 lifeboat, which launched to assist three people onboard an angling dinghy off Herne Bay. As we came alongside, the dinghy sank, but all onboard were safely recovered to the lifeboat.

“Another memorable shout was on 20th June 2018, again a call to a capsized dinghy off Herne Bay. Although the service was quite straightforward, the two anglers, who had been in the water for some time, had resigned themselves to their fate, and it would be true to say we got to them just in time.

Dave, who lives with his wife Helen and has two daughters, Hannah and Amy, who are both in their 20s, has also for the past 20 years been a full-time employee of the RNLI as a helmsman on the Gravesend lifeboat. “As they have an Atlantic 85 class lifeboat, the same as we have here at Whitstable, being on the boat at home is a bit like a busman’s holiday!”

Whitstable Lifeboat Operations Manager Mike Judge said: “Since joining the station just over 30 years ago, Dave has provided unstinting service to the RNLI, both as a volunteer here at Whitstable for all of that time and for the last 20 years professionally at Gravesend.

“In addition to his role here as a Helmsman, Dave is also the lifeboat mechanic for the Atlantic class lifeboat we have on station.

“30 years voluntary service is a massive contribution to the safety of the local community and beyond, not just in terms of turning out on windswept nights and at all hours but more subtlety in the assistance he gives to all the different personnel on station, from education officers, fundraisers and of course, the crew with all their duties.

“Dave has always taken on much more than could be expected of any volunteer and is a great ambassador for the charity to which he has given so much time and a credit to the station.”