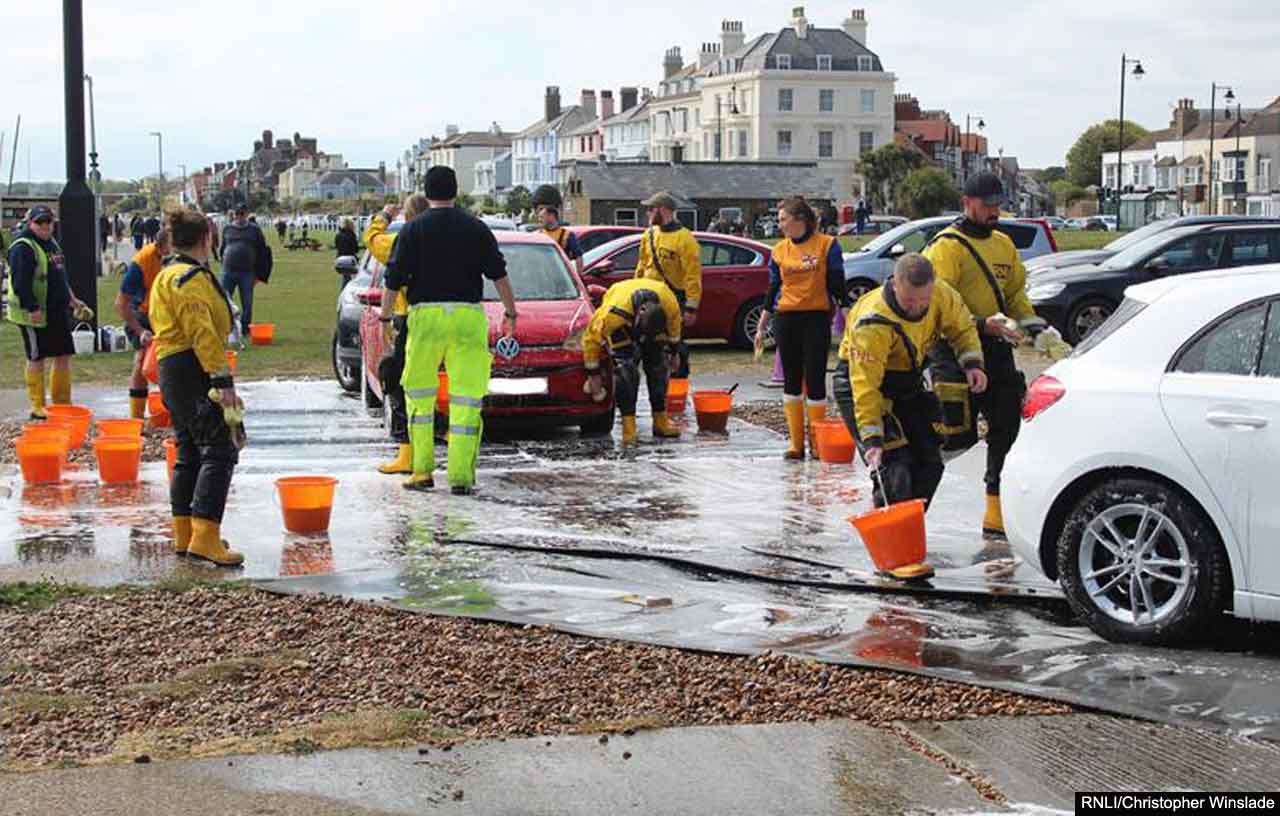 As part of the RNLI’s Mayday Charity Fundraising Appeal, Walmer volunteers were able to resume their annual charity car wash after a two-year hiatus.

Having been advertised around the local area with a poster and banner campaign in shops and businesses over the past few weeks, and following a breakfast of bacon baguettes cooked by the crew, the station’s seventh annual car wash got off to an early start.

Walmer helm and sponsor Dan Sinclair conducted a live interview on BBC Radio Kent as the radio station’s ‘Hero of the Week’ where he was asked about the purpose of the charity appeal and where money raised might be spent.

The first customer of the day was Goose on the Green café owner and long-term supporter Alastair Bassett. He was followed by a relentless stream of vehicles from the beginning of the event at 10.00am to its finish at 3.00pm. More than 40 of the station’s volunteers gave up all or part of their day to help with the event. Such was the demand at one stage that an appliance from the Kent Fire and Rescue Service, with former Walmer helm Brad Rebbeck, generously helped top up the soapy water butts with 500 litres of water.

At the close of a strenuous day, Dan thanked everyone that had made the event such a success, from the volunteers marshalling traffic on the main road in front of the station, those keeping orderly queues on Walmer Green, fundraisers holding collection buckets on the promenade, volunteers in the pop-up and main RNLI shops who also kept crew supplied with food and drink, the girls collecting money for the actual washing, barbeque chefs as well as the alloy cleaner, sprayers, washers, jet washers and hand driers who kept the vehicles moving.

The final tally showed that volunteers had cleaned 190 cars on the day, smashing the previous record of 144 set at the last event in 2019. With money collected for washing the cars, donations and other collections, a total of £2735 was raised with more than £500 also taken in the shops.