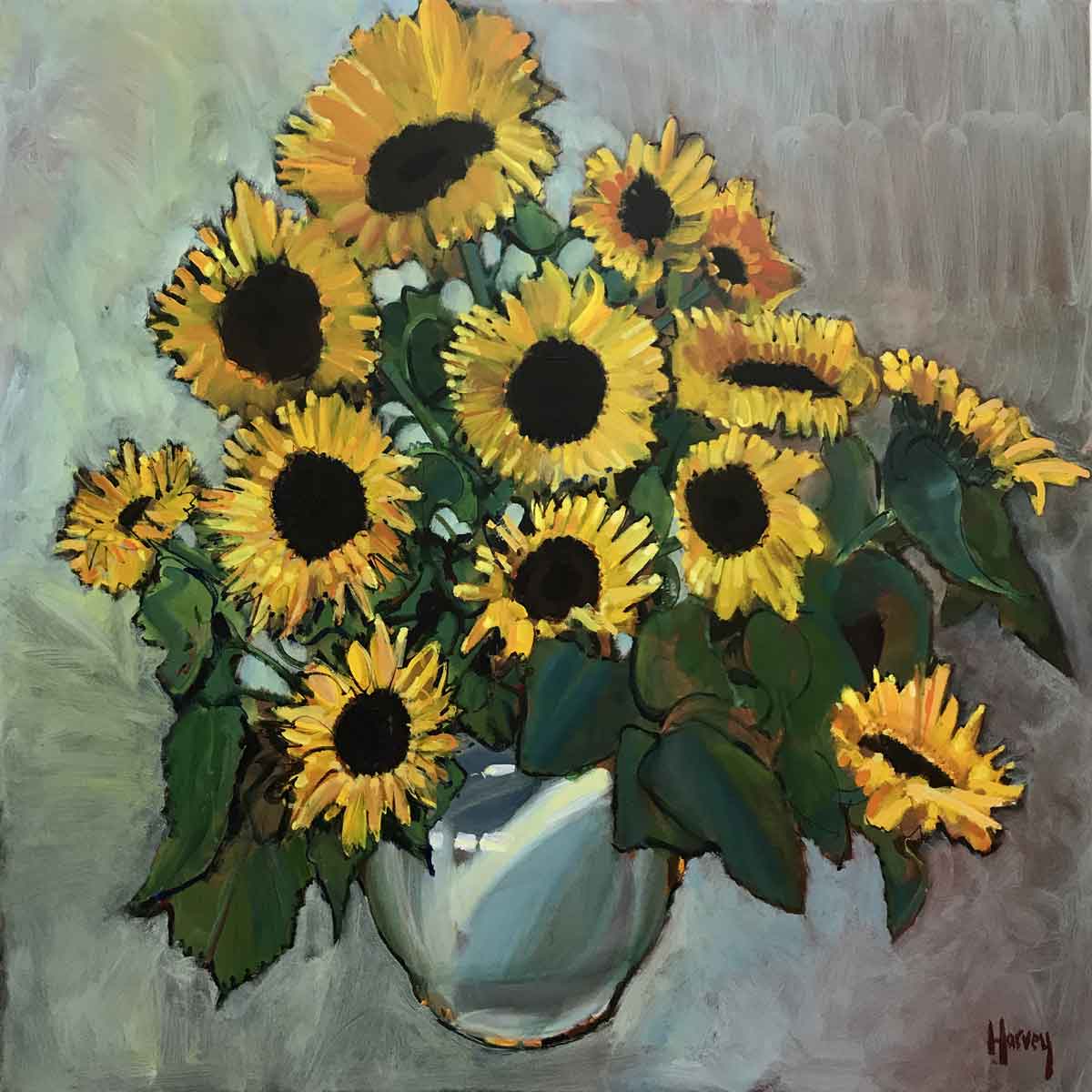 Ramsgate artist David Harvey wanted to do something to support the people of the Ukraine. On his wall was one of his large and beautiful paintings, of a vase of Sunflowers and he realized they are the national emblem for the Ukraine.

He asked Nice Things, the gallery and shop in Harbour Street, if they could help him use it to raise money to send to the British Red Cross Appeal for Ukraine.

This was paid to the Red Cross on 21 April, after the raffle was drawn.

The lucky winner of the painting is a Ramsgate resident.

David Harvey is delighted to have been able to put the Sunflowers to good effect, and thanks all the ticket buyers very much for supporting the cause of the people in Ukraine.