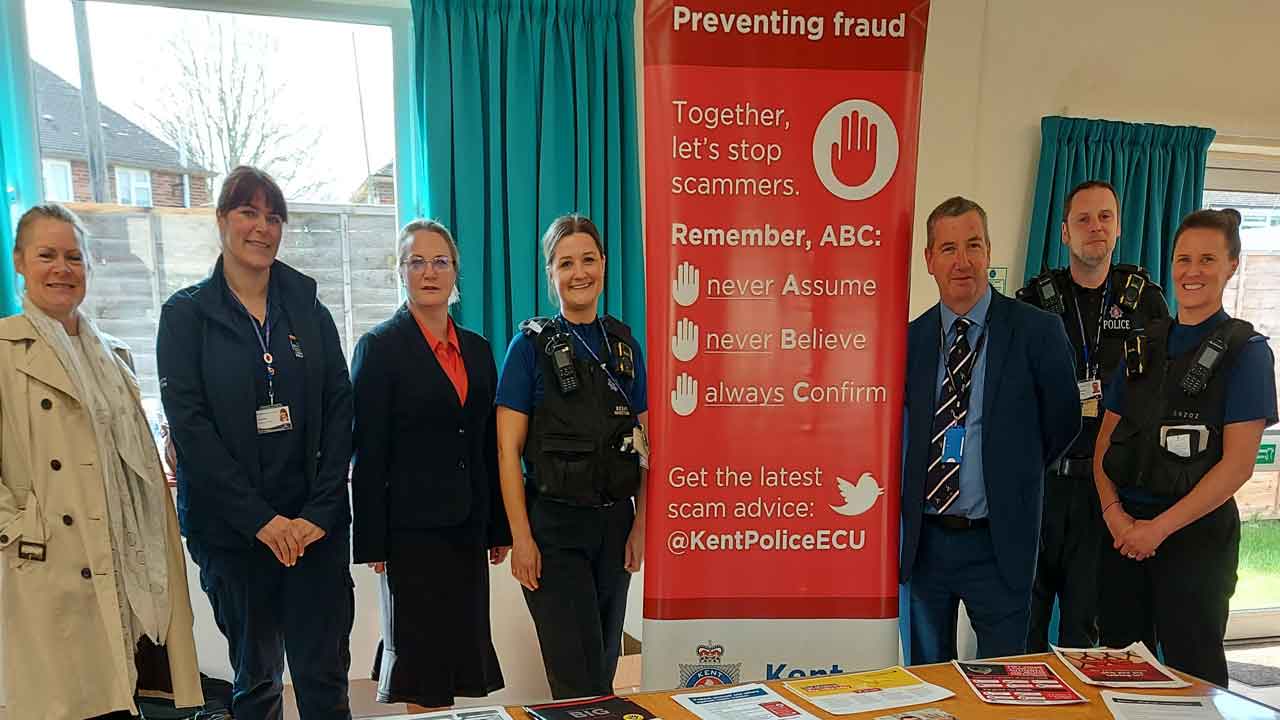 The event held in Yalding –

A community protection event has been held near Maidstone aimed at helping older people identify and avoid fraudsters.

Residents and relatives who attended the Yalding village hall event were given the latest advice around current scams, such as bogus phone calls and emails that trick them into handing over bank details and money.

The parish council led initiative was held on Monday 25 April. It was specifically aimed at pensioners, who are sometimes targeted by criminals because they may be vulnerable.

Steve Kelly, Prevent and Protect Fraud Officer for Kent Police, spoke to those who attended to remind them on how to stay safe.

He said: ‘It is a sad reality that fraudsters are more likely to attempt to trick elderly and vulnerable people. Events like this are so important in reminding older residents and their relatives of some of the simple steps to take to protect themselves. These can include not opening links on text messages or emails that may appear to be from banks or are offering tax rebates. Large organisations will never request personal or financial data this way.

‘We are working hard to convey the messages needed to combat fraud and we intend to hold more of these initiatives over the coming months. They also provide an opportunity to raise awareness about other scams, such as when criminals make phone calls and claim to be police officers and who demand cash from elderly victims to assist an investigation, before sending a courier to their home to collect the money. Most people who receive a phone call like this would recognise this is a scam, however the fraudsters deliberately target vulnerable victims who can sometimes get confused.’

The event was supported by officers from the Maidstone Community Support Unit who ensured those who attended were also given leaflets on several of the latest scams, with tips and advice to protect themselves.

In particular, visitors were reminded of the ABC rule to prevent fraud – never Assume someone is telling the truth or Believe what they say unless you are confident of their identity, and always Confirm the details they have provided.